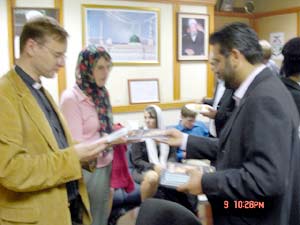 Students accompanied by professors from Santa Clara University in California took to visit the Minhaj-ul-Quran Mosque on Romford Roadin Forest Gate on the morning of Wednesday 4th July 2007.

The eight students were accompanied by Dr Dennis Gordon director of the universities international programs and professor of political science, Prof Timothy O’Keefe of the Faculty of History, Prof John kater of the Anglican Theology College and local councillors chair of the Newham Alliance of Islamic Associations Cllr Dr Zulfiqar Ali who recently returned after performing the minor pilgrimage to Saudi Arabia, Cllr Rev Quintin Pepiat, Father Matlub Barnabas of Faithful Friends and Father Patrick Mossap of the Emanuel Church in Forest Gate. 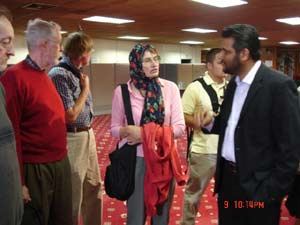 The meeting opened with an eloquent recital of portions from “Al-Fatiha” or “The Opening” chapter of the holy Quran by Mr Rafiq Ahmed Head of the Muslim Youth Forum of the mosque followed by recitations from Father Patrick Mossop of the Emanuel Church followed by opening remarks from Imam Sadiq Qureshi “Greetings to everyone who received guidance from Adam to Moses, Jesus and Muhammad all of whom received guidance and brought peace to everyone who in return sought to their guidance” He told the audience “People are trying to destroy peace and stability in the world by creating their own guidance but is one none but akin to that of satan” He concluded his talk with a saying of Prophet Muhammad “A saying of wisdom is your lost diamond” 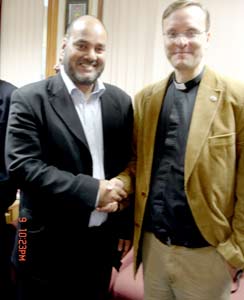 Father Patrick Mossap of the Emanuel Church in Forest Gate said “We need to be good to our neighbours, our doors are open, it is important to our spirituality”. Rafiq Ahmad who heads the Youth Forum of the mosque told the audience Minhaj-ul-Quran International is the first organisation in Pakistan to open a Christian Muslim Dialogue Forum he also stressed in Egypt you will find churches next to mosques and this is the cohesive society we would like to live in.

Father Matlub Barnabas of Newham’s Faithful Friends told the students “People say their prayers in mosques and churches, we can understand the time and spirit of religion” and “If people do something there will be no more conflicts” 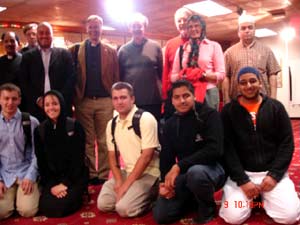 Ishtiaq Ahmad President of the Minhaj-ul-Quran Mosque accompanied by Asif Shakoor External Affairs Secretary of mosque lead the audience to a guided tour of the mosque in which questions were asked about Islam. After which Cllr Rev Quintin Pepiat thanked the mosque’s management for their hospitality and told them “how grateful” he was to them for sparing their valuable time and effort. He also told the mosque’s management “Similar to this event today we do a service at the Hindu temple it is important to our dialogue”.

Visitors to the mosque were later handed free gifts and lead to light refreshments in the office. The gifts consisted of books by the renowned Muslim scholar Dr Muhammad Tahir-ul-Qadri who first established the London branch of the Minhaj-ul-Quran International Organisation in 1994 the inauguration ceremony was attended by East Ham MP Stephen Timms. Since then the mosque has been host to arrange of events some of which have been attended by high profile personalities such as Britain’s top police commander Sir Ian Blair who heads Scotland Yard’s Metropolitan Police Service. 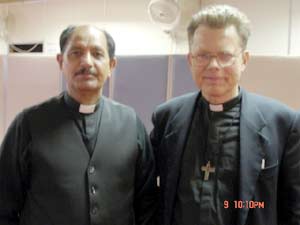 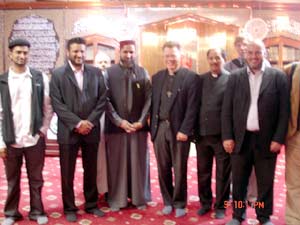 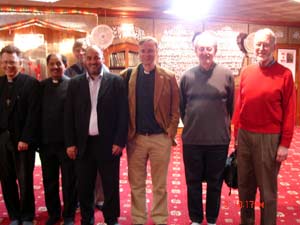