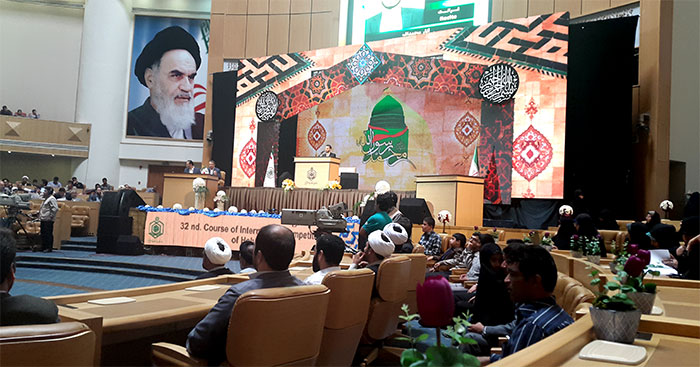 A scene of International Quran Conference

Mrs. Farah Naz, President of Minhaj-ul-Quran Women League, attended a two-day 25th annual International Quran Conference held in Tehran, capital of Islamic Republic of Iran. The Conference was attended by women research scholars from Lebanon, Tunisia, Iraq, Azerbaijan, Oman, Iran and Pakistan who are engaged in conducting research on the Holy Quran. The Conference has two-pronged objective; to promote efforts for understanding of the Holy Quran at individual and collective levels and to encourage the women research scholars by acknowledging their services and contributions.

Aghai Akbar Barkhordari, Director General of Khan-e-Farhang, Islamic Republic of Iran, Lahore, played a major role in securing invitation for representation of Minhaj-ul-Quran International in the International Quran Conference. Mrs. Farah Naz read out a paper on Shaykh-ul-Islam Dr Muhammad Tahir-ul-Qadri’s book titled “Quranic philosophy of revolution.’ She also presented an introductory booklet regarding work and personality of Dr Tahir-ul-Qadri and his magnum opus research work namely ‘Fatwa against suicide bombings and terrorism’. Imam Khamenei and the participants of the Conference liked it very much. Later on, she also threw light on the revolutionary struggle of Minhaj-ul-Quran Women League. She also gave interviews to various television networks at the conclusion of proceedings on day one of the Conference.

On May 21, Mrs. Farah Naz along with other delegates of the Conference visited the revolution museum and had a spiritualizing experience there. In order to keep the memory of Iranian revolution fresh, the cycles of martyred children, petrol pumps, shops, bed rooms, and buildings have been kept in their original shape. The voices of sobbing and wails are played to recreate the atmosphere, which existed during the phase of revolution. A weather room has also been set up to show the extreme nature of weather during revolutionary struggle so that the visitors could feel the sacrifices rendered by the martyrs for the cause of revolution and learn lessons from them. After the visit to museum, Mrs. Farah Naz came back to the Conference hall where proceedings of the second day were underway. 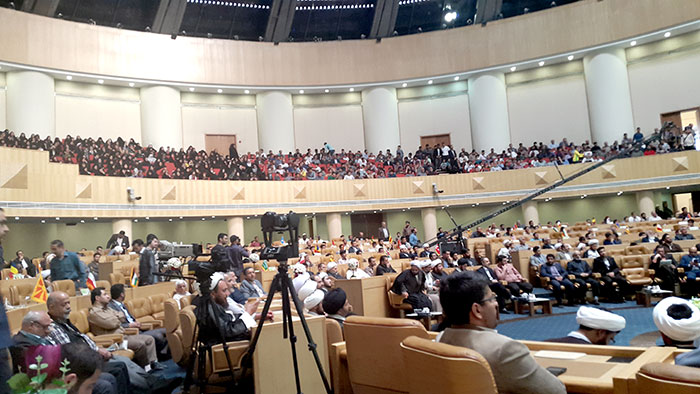 The participants of International Quran Conference attending the moot

On May 22, Mrs. Farah Naz visited the office of National TV Channel of Iran, which was quite informative and had educative value. The people of Iran have immense love and respect for their brotherly people of Pakistan.

On May 23, the President of Minhaj Women League left for Mash’had along with other delegates where they were received very warmly by the local authorities. She had the opportunity to visit ‘Harm’, a building, which has been constructed on the model of ‘Two Holy Mosques’ and which is frequented by people around the world. She left for Tehran at 1 a.m. She again attended the proceedings of the Conference, which was graced by none other than supreme leader Imam Khamenei. He recited the Holy Quran in his melodious voice and thanked the delegates from various countries for taking time out to attend the International Conference. He also appreciated the authorities for arranging the Conference in a befitting manner.

Before her return to Pakistan, Mrs. Farah Naz had the opportunity to visit the residence of Ayatollah Ruhollah Moosavi Imam Khumeni the leader of the Iranian revolution. The things which remained under his use have been kept in their original shape and put on display for the visitors. Simplicity of the life-style of the Iranian revolution leader was more than evident. She also visited the meeting room where hundreds of thousands of people would turn up to meet the great Imam. Even today, it is easy for the people to have an interaction with the rulers here. The Conference was held under the direct supervision of Imam Khamenei. 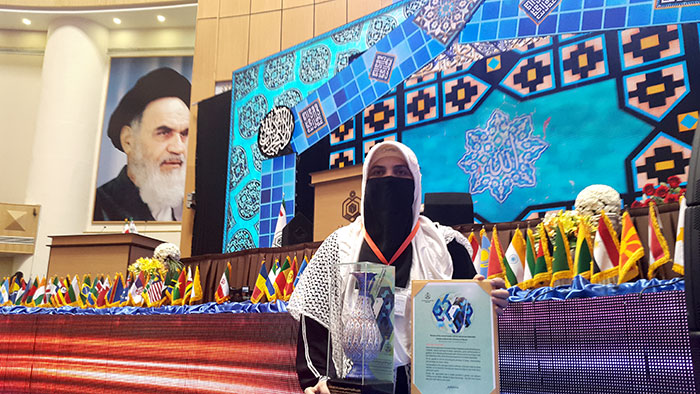 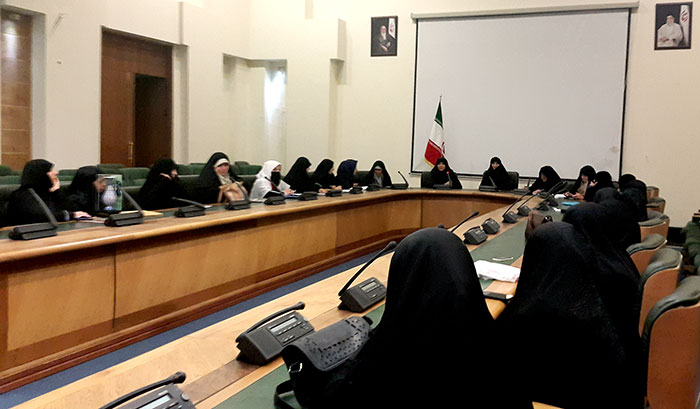 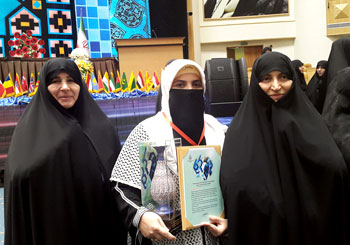 MWL President Mrs. Farah Naz photographed along with the host of Conference, Member Parliament & women scholars during the Conference 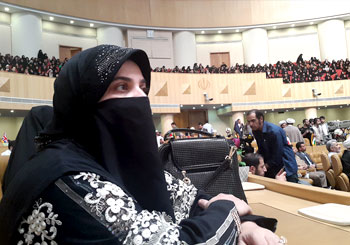 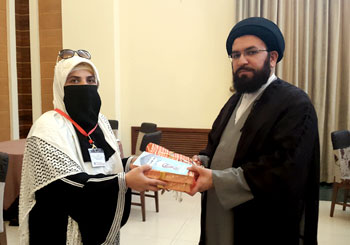 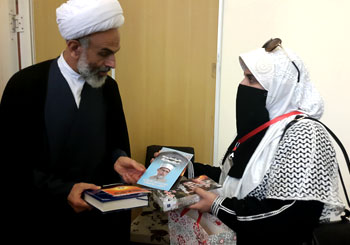 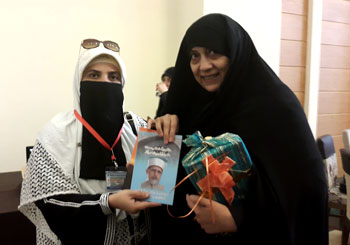 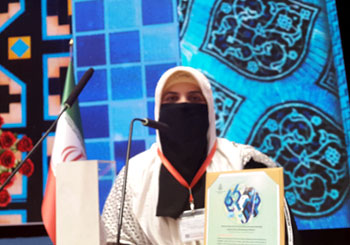 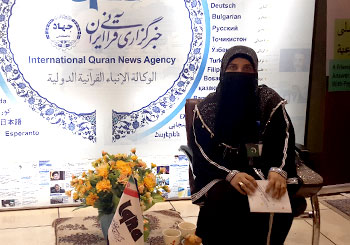 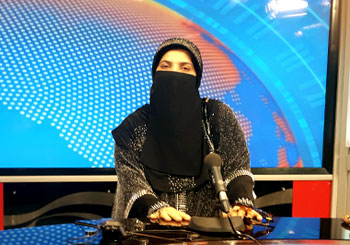 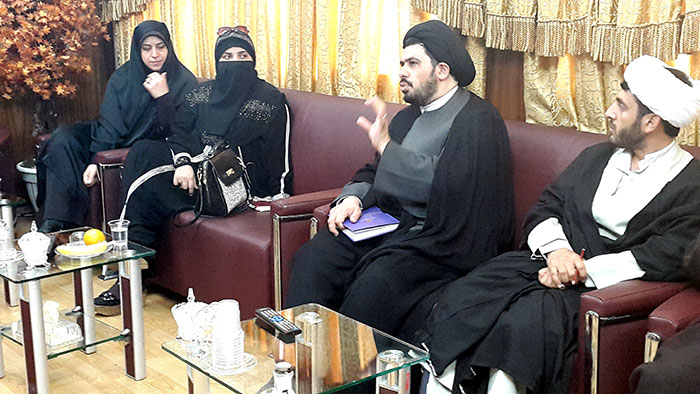 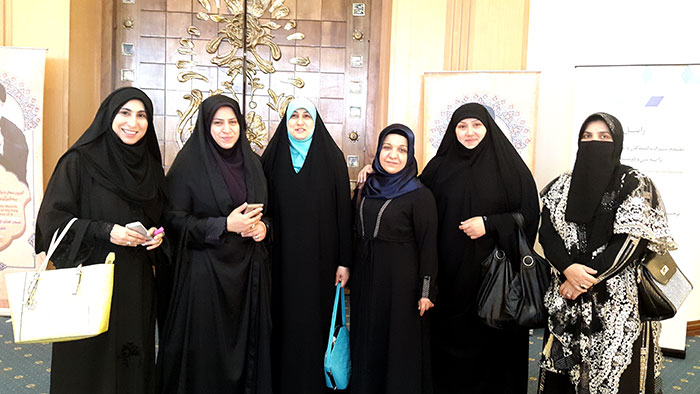 MWL President Mrs. Farah Naz in a group photograph with women scholars of other countries