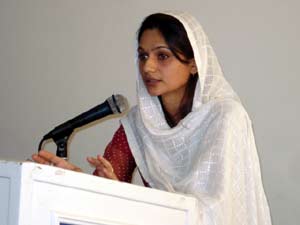 Where Minhaj - ul - Quran is busy in religious, educational and scientifical, moral and spiritual, social and economical, ideological and political, philosophical and thelogical, organisational and motivational awareness and uplift of the Ummah, there Minhaj - ul - Quran is also working hard in the field for the betterment of the Ummah like as.....Educational Projects, Medical projects, Orphan Care projects, Human Rights, Women development, Neat and clean water Project, Combine Marriages and Bait - ul - Maal Project.

By the Grace of Almighty Allah and the blessings of his beloved Prophet Muhammad Sallalahu Alayhi Wa Salim and by the Faiz of Hazoor Sayyedi Sheykh - ul - Islam Doctor Muhammad Tahir - ul - Qadri on Sunday 10th of july 2007 MQI Women League Oslo has organised a splended Health Seminar in Oslo. To commence Talawah was recited along with Qasida Burda Sharif. 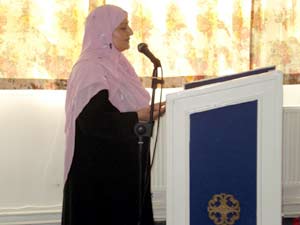 The Speech of the Dr Uzma Malik was about awareness of the diseases which are increasing rapidly in the majority of the people. These includes high blood pressure, diabetes, hapatitis, heart diseases and various kinda cancer in women and also information about journey vaccinations, safteyinstructions and advises during holidays and how to protect children from Malaria etc She thanked MQI Women League for inviting her. She admitted that its a good effort from the MQI women League for organising such kinda programme. She also admired the Darse Quran, Darse Hadith and Fiqah Classes which are running at the moment under Minhaj Education Center Oslo, which has inspired her much as she joined the classes recently. She told the gathering that life has become much easier for her after joining these classes, she also advised the gathering to join the classes because its very important for us to learn the Quran , Hadith and Fiqa in the proper way.

Then the introduction about Alhidaya camp (which held every year in UK) was given by the stage secretary Sister Noshaza Hussain. She told that people from all european countries participates in this camp and Hazoor sayyedi Sheykh - ul - Islam Muhammad Tahir - ul - Qadri himself gives them educational and spiritual training. After this its documentry of 2006 was presented which inspired everyone. 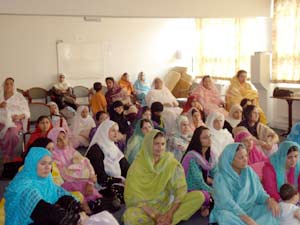 Their was special arrangement to take care children in a seprate room (with cartoon films, toys, chips, ice, drinks and sweets) during the programme. We thanks our sisters , Nasra Sharif, Chaand Bibi, Nadia Iram and sadia Mushtaq for doing their job nicely.

Respected President MQI Oslo Salma Zaffar gifted the translation of the Holy Quran in the form of Irfan - ul - Quran along with other books of Hazoor Sheykh - ul - Islam and a flower bouquet to the Dr Uzma Malik. The Seminar came to end with a dua and Salaam to Rasool Allah (saww) led by Respected President Women League Salma Zaffar. There was also a stall set up consisting of books/lectures of sheykh - ul - Islam Dr Muhammad Tahir - ul - Qadri.

various kinda fruit and salad fruit was served and free pomflets about information of journey vaccinations, diet programme of diabetes patients etc were distributed. May Allah accept the humble efforts of MQI and may He guid us and strengthen our link with His beloved Prophet Muhammad (saww) Amin. 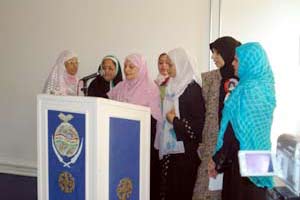 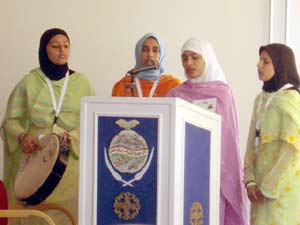 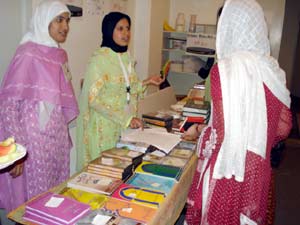 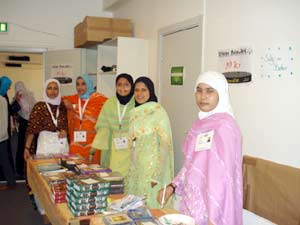