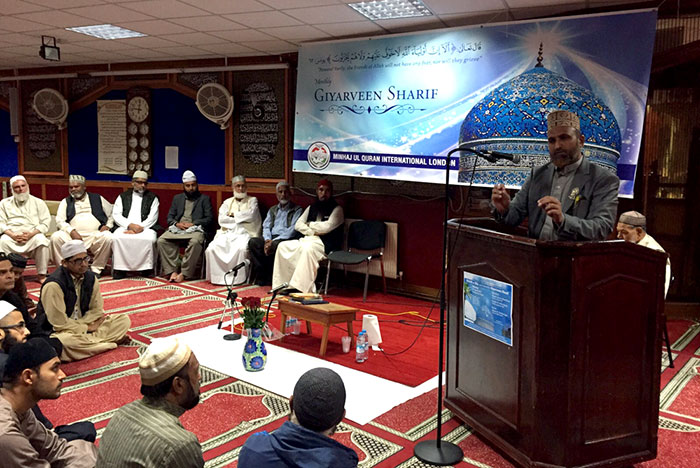 By the Grace of Almighty Allah and the blessings of His Holy Prophet Muhammad (S.A.W.), Minhaj-ul-Quran International London held the Monthly Giyarveen Shareef Mehfil on 9 August 2015, commemorating the life of Shaykh Abdul Qadir al-Gillani al-Baghdadi (RA). The proceedings of the programme began with the recitation of the Holy Qur’an by Hafiz Muhammad Amir followed by salutations upon the Prophet (SAW) by renowned Naat Khawan Muhammad Ismail. Shaykh Muhammad Sadiq Qureshi Al-Azhari conducted the programme, and Zahoor Ahmed Niazi, Ameer Tahreek UK was the chief guest.

Speaking on the occasion, Skaykh Sadiq Qureshi Al-Azhari highlighted the miracles and blessings of Shaykh Abdul Qadir al-Gilani al-Baghdadi (RA) through an educational and spiritual point of view. He said “The Walis of Allah are acting on behalf of his Holy Prophet (S.A.W) and do not proclaim their existence and position until commanded by Allah to serve the whole world”. He also invited all the audience to join Minhaj-ul-Quraan International and become direct disciple of Shaykh Abdul Qadir al-Gillani (RA).

Ameer e Tehreek UK, Zahoor Ahmed Niazi, delivered a very spiritual speech. He said that Sayyedina Ghaus-ul-Azam is not only known as the greatest of helpers, but was also a great preacher, a great educationalist, a great moralist and a great master of Islamic Law. He was the glory of the learned and the light of Islam, the spokesman of theologians, the interpreter of men of spiritual knowledge, and the reviver of Islam. He described the miracles of Ghaus-ul-Azam and said the whole world was on his hand. The programme ended with the ‘manqabat’ of Ghaus-ul-Azam and dua by Allama Sadiq Qureshi al Azhari. 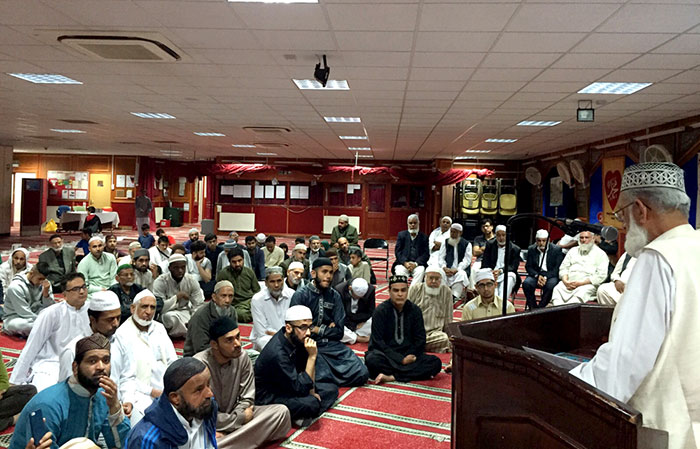 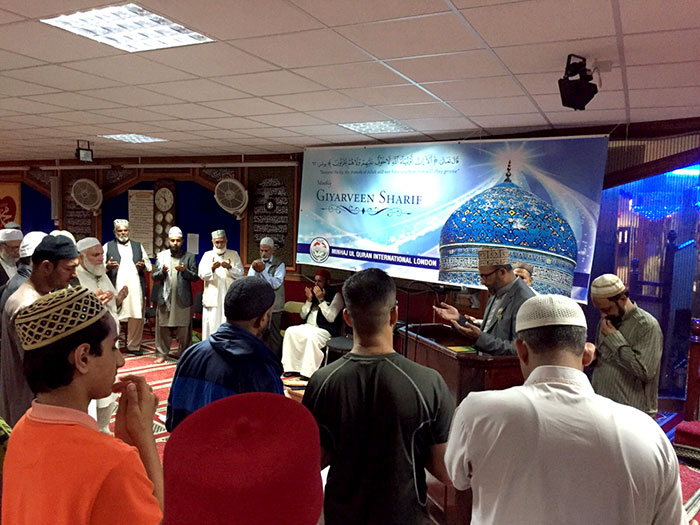