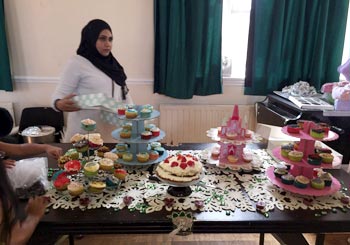 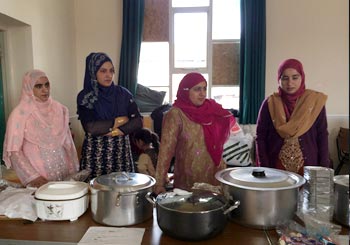 By the Grace of Almighty Allah Minhaj Women League (Sheffield) organised an Eid Bazar to raise money for the flood victims at the local Church on the 20th of August 2015. The organizers used several means of advertisement for the event to ensure that there was good turnout. Eye catching posters were designed by a youth sister and these were distributed in the local area. The event was also shared via Facebook and text messages.

As a result of these efforts, the turnout was great. There were a variety of stalls placed there including those of Desi food. These were run by friends and family members. Clothing and oriental jewellery was also popular amongst the participants. To cater to the younger members, there was a bouncy Castle, Mehndi art, glitter tattoos and face painting. A total of £641.56 was raised on the occasion. MWL Sheffield did an excellent job for their first ever fundraiser. 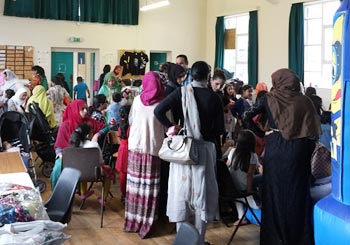 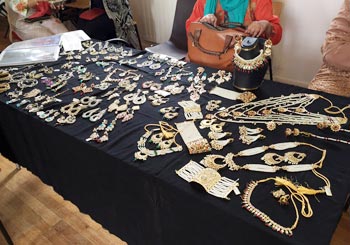