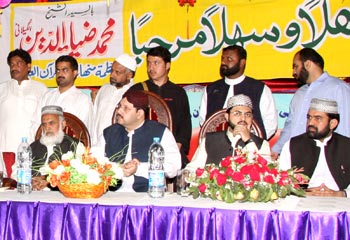 Bazm-e-Qadria of Minhaj University organized a special reception on March 28 in the honour of Pir Sayed Zia-ud-Din Qadri Al-Gillani, the son of the spiritual patron of Minhaj-ul-Quran International Shaykh-ul-Mashaeikh Sayedna Tahir Ala-ud-Din al Qadri al-Gillani al-Baghdadi. This programme was held in the newly constructed hall of Goush-e-Durood in the central secretariat of Minhaj-ul-Quran International. Nazim-e-Ala Dr Raheeq Ahmad Abbasi, the office-bearers of Bazm-e-Qadria and other leaders received the respected guest on his arrival at the Secretariat. The teachers of COSIS were also present at the occasion. 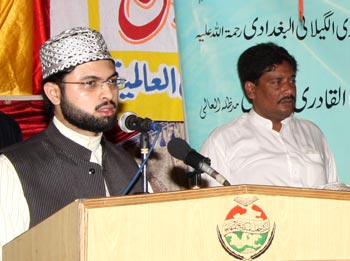 Mufti Abdul Qayyaum Khan Hazarvi presented the welcome address and expressed his deep gratitude to Pir Sayed Zia-ud-Din Qadri Al-Gillani upon his arrival at the Central Secretariat. He said that his presence in the secretariat was a matter of honour for the organization and its affiliates, which reminded of the periodic visits of Qudw-tul-Aulia to the Central Secretariat and the University where he would spare special time for the students of the University.

Addressing at the occasion, Principal of COSIS and Nazim-e-Ala Dr Raheeq Ahmad Abbasi said that the saints had been guiding the Umma in every age. They also played important role in reforming their disciples along spiritualistic lines. The Silsila Qadria of mysticism was actively engaged in spreading the spiritual message of Huzoor Ghous-e-Azam like other spiritual schools of thought. He said it was a matter of immense pleasure and privilege that Pir Sayed Zia-ud-Din Qadri Al-Gillani graced the occasion. He is popularizing the message of his revered father. He prayed to Allah to keep him under the spiritual guidance of Huzoor Ghous-e-Azam. 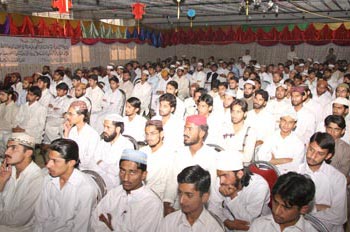 In his speech, Sahibzada Hassan Mohi-ud-Din Qadri said that the spiritual journey of Umma was due to the guidance and direction of the saints and different spiritual schools of thought. The presence of saints represents Divine Mercy upon the Umma in every age. Today the Friends of Allah were present in every region engaged in spreading spiritualism. The chain of Aulia is like a garden and Allah Almighty deputed His Friends for every Umma. He said we are privileged that our spiritual journey is under the guidance of Huzoor Ghous-e-Azam. The role of Aulia is like a channel. As there is a power Grid Station for the electricity system by which power is transferred onward, likewise, the spiritual chain of saints also exists. He said we should be proud of our association with the family of Huzoor Ghous-e-Azam. We would have to resolve today that we would keep this spiritual association intact. Love and the slavery of the Holy Prophet (saw) are our faith and touchstone of our life and death. 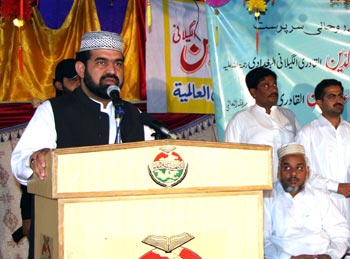 The chief organizer of Bazm-e-Qadria Shahzad Rasool Qadri presented vote of thanks. He said all of us were privileged to have Pir Sayed Zia-ud-Din Qadri Al-Gillani among us. He expressed special gratitude to Pir sahib on behalf of Bazm and Minhaj-ul-Quran International. 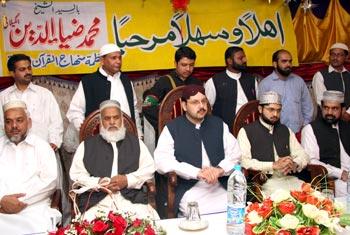 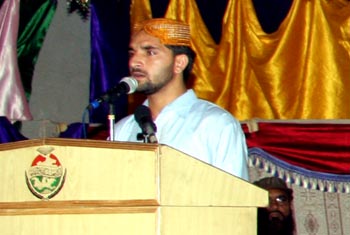 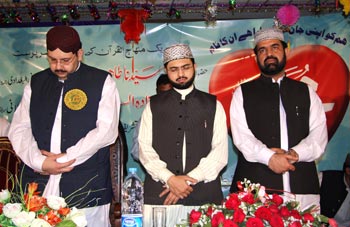 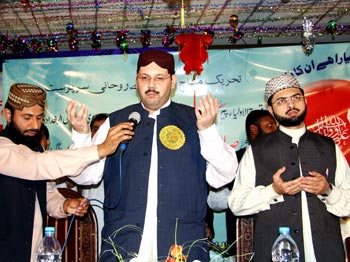