Shaykh-ul-Islam Dr Muhammad Tahir-ul-Qadri addressed a spiritual gathering held at the central secretariat to mark the Shab-e-Barat event through video link. Thousands of people from various walks of life including religious scholars attended the spiritual gathering. The Naat khawan had the honour of reciting Naat followed by Dhikr with Qaris reciting the Holy Quran in their beautiful style.

Dr Qadri said that in order to be deserving of Allah’s help, the Muslim Umma should speak truth, do justice and stand by the oppressed. He said that those who take the lives of innocent people remain deprived of the spiritual blessings on the blessed occasion of Shab-e-Barat.

Shedding light on the spiritual message of Shab-e-Barat, Dr Muhammad Tahir-ul-Qadri said that it is to refrain from sins and sectarianism, forge respect of humanity irrespective of any discrimination, and eradicate mutual hatred and promote love in the society. He said that Islam is a religion of peace and nature which connects the human hearts. He said that it is a complete code of life which ordains its followers to organize their lives on the principles set out by it. He said that those who nourish hatred in their hearts stay away from the blessings of Allah Almighty.

Dr Qadri asked the people of Pakistan to remove biases and ill will, strengthen their bond amongst themselves and refrain from disobedience of the parents to win the pleasure of Allah. He said that we should establish a healthy society based on values and traditions of Islam so that our Creator is happy with us and our worldly sufferings decrease. He said that owing to dominance and abundance of the worldly pursuits, the Islamic world remains deprived of the spiritual blessings and their fruits. He said that it is the result of constant disobedience of Allah’s commands that the Muslims remain a pray to oppression and injustice.

He said that attraction for sins has plunged us into fear and anxiety and we have been robbed of our sense of honour. He said that instead of checking the oppressor, he is strengthened and worldly considerations trump the demand for justice and imperative of support for the weak. He asked where Allah’s help would come when we have deviated from the right path. He said that personal reform should be our top priority for collective successes. 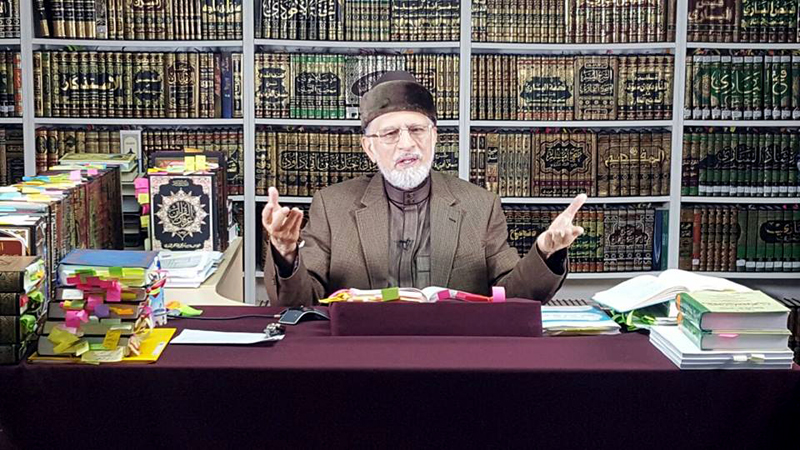