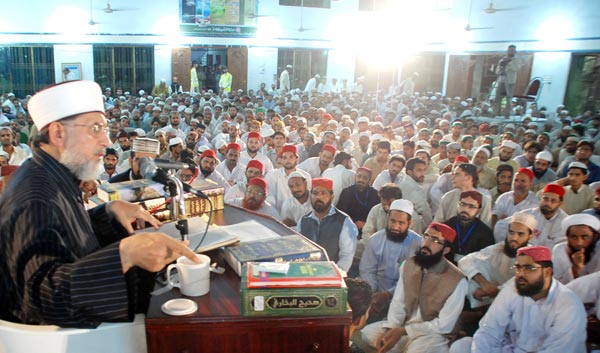 On 24th September 2008, the proceedings of third day at the Itikaf City got underway with the Fajr prayers. Instructing the participants of Itikaf, Shaykh-ul-Islam Dr Muhammad Tahir-ul-Qadri said that they should try to recite the Holy Qur’an as much as they could. He said it was a rare opportunity to complete the recitation of the entire Qur’an during these ten days. Doing so becomes difficult in the rest of year. He said Minhaj-ul-Qur’an International was a movement characterized with understanding of the Holy Book. Keeping this fact in view, the participants of Itikaf should enlighten their hearts with the recitation of the Divine Word.

Praise and Glory of Allah (recitation of the Holy Qur’an) recited by Qari Hafiz Zaheer Ahmad after the Fajr prayer made the atmosphere spiritually ecstatic and slogans such as “Allah is Great” filled the air. After the performance of optional prayers, the participants took rest. Mild sunshine welcomed the participants upon waking up reminding them of the onset of winter season. With the call to Zuhar prayer, people were found on their way to the Mosque. Within twinkling of an eye, the hall of Mosque was crowded with the participants. After the prayer, the training camps got underway including the question & answer session with Mufti Abdul Qayyum Khan Hazarvi on various issues related with Jurisprudence. 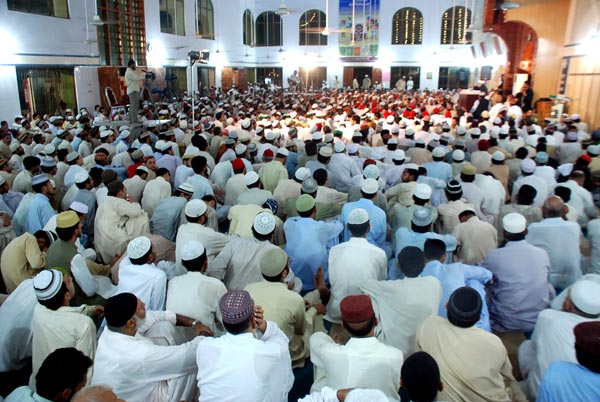 This is the first ever chance when collective training camps are being organized at the Itikaf City contrary to the practice of yester years when separate classes of training camps were held where uniform syllabi was taught. Special training is being imparted to the participants to become teachers in addition to the lectures on training and reformation. The participants got busy in individual religious activities after the conclusion of these training camps, which continued till 5 pm.

After the performance of Asr prayers, proceedings of Iftar dinner of Shaykh-ul-Islam Dr Muhammad Tahir-ul-Qadri with the foreign participants of Itikaf started. This Iftar dinner was hosted by the Directorate of Foreign Affairs of MQI. Shaykh-ul-Islam came to the programme at 6:30 pm. Before his arrival, 200 guests had already occupied their seats. Former Amir of MQI Kuwait, Yousuf Bakhtawar who has recently shifted to Pakistan after 28 years of service, also attended the programme on special invitation. The various awards that he won during his meritorious 28 years’ services were also put on display. 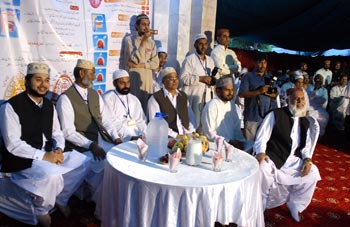 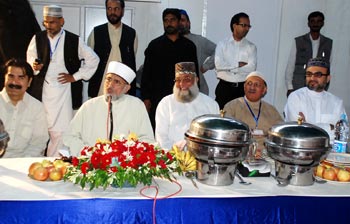 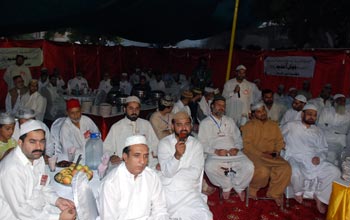 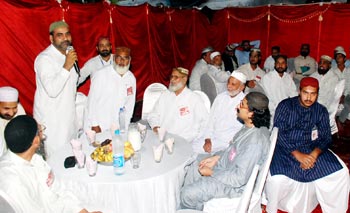 Giving a brief talk at the occasion, Shaykh-ul-Islam said the work of MQI was spreading throughout the world whose credit deservedly went to the office-bearers of foreign chapters of MQI. He extended special felicitation to these organizations on their wonderful performance. He also appreciated the services of Yousuf Bakhtawar terming him a role model for the workers. 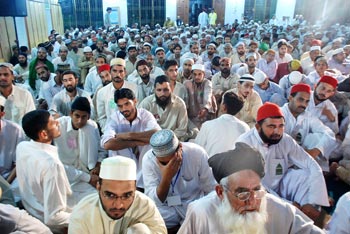 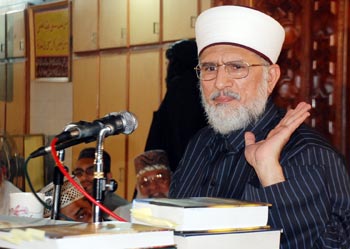 Shaykh-ul-Islam Dr Muhammad Tahir-ul-Qadri addressed the thousands of faithful on the subject of human rights after the Isha prayers. He said Islam was torch-bearer of human rights in the world. No other religion of the world had laid greater emphasis on sanctity of human rights than Islam. He said human rights in Islam started before the birth of a child and their protection continued after his death. He said the Holy Qur’an has mentioned a compulsory period of breastfeeding to a child. Today society in the Western world was getting ripped apart at the civilizational level and the family traditions were also dying. The members of a family were getting estranged from one another. The situation has reached such a point that parents were pushing their adolescent children to start their own lives with the result that the latter were having to undertake part-time jobs in order to meet their school expenditures. 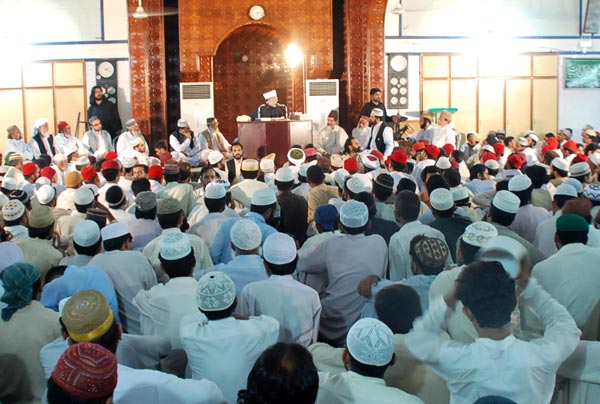 Contrary to that, he said, Islamic traditions were different. Islam has not only urged its followers to establish collective society but also laid special emphasis on strengthening the family system.

He said it was unfortunate that so-called Western intellectuals were defaming Islam in the name of terrorism. The reality, on the other hand, was that Islam was a most peace-loving religion of the world which even does not allow injuring of emotions of an individual. “The responsibilities of Muslims have increased in these circumstances that they present actual and peaceful face of Islam to the world. This further requires that expatriate Muslim communities living abroad will have to work with utmost responsibility,” he said. 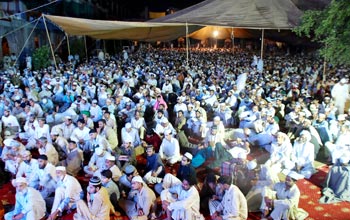 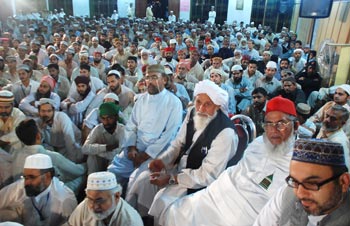 Shaykh-ul-Islam said the best way out of ongoing imbroglio lay in spreading education and awareness among the masses and Minhaj-ul-Quran International was already busy in the endeavour of spreading awareness. He said MQI stood against terrorism, extremism and militancy. “We condemn terrorism committed at any level. Terrorists and militants were neither Muslims nor did they have anything to do with Islam,” he added.

He said Islam has championed the rights of every class of society specially children and women. Citing a tradition Shaykh-ul-Islam said that once the Holy Prophet (saw) was taking rest. An old woman called out for help. He immediately left his place and walked with bare-feet to help the elderly woman out. He picked up his luggage and conducted her to her home. This is one of many instances of human sympathy of the Holy Prophet (saw). 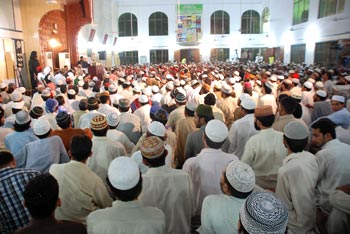 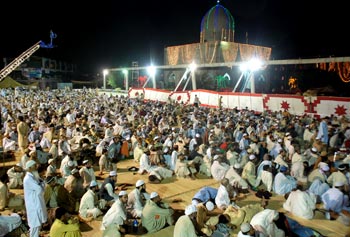 Shaykh-ul-Islam said Islam was the religion which has described the rights of not only the living but also of the dead. Referring to an example, he said when a man dies Islam has prescribed a particular way of burial rites so that no disregard is shown to his dead body. Funeral prayer is one such thing with the Muslims and the dead is not buried with such respect in any other religion. Only Islam has prescribed these teachings.