Piety lifts people from thick of anxiety to comfort of peace: Dr Tahir-ul-Qadri 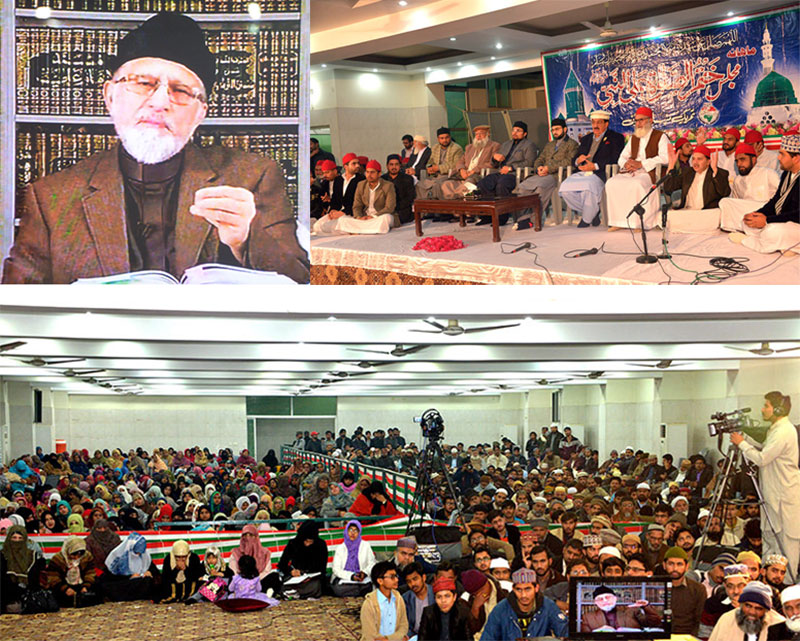 The proceedings of the spiritual gathering got underway with the recitation of the holy Quran after Isha prayers. Sahibzada Iftikhar-ul-Hassan Shah, Minhaj Naat Council and others had the honour of reciting Naat. Before starting his speech, Dr Tahir-ul-Qadri informed that 1.29 billion Durood was recited in the month of January under the system of Gosh-a-Durood and the number of Durood recited so far has exceeded 38 trillion, 37 billion and 36 corers.

Dr Tahir-ul-Qadri said that the holy Quran is a guidance by itself for the pious. He said that if an educated person reads Quran, he will get guidance and if an unlettered man who is pious reads Quran will also find guidance from the Holy Book, for it says that whosever’s heart Allah opens, he gets enlightened and it is the light of piety. On the other hand, it is not possible that one has weak and shaky belief and one is an aspirant of guidance. He said that guidance will come the way of such a person who will protect himself from going astray.

Dr Qadri said that in order to become pious, one is not required to be a scholar. He said that a pious is person who allows his deeds and piety to be informed by sincerity of purpose. He said that piety generates a light in the heart of a believer which then creates a gnosis. He said that there have been many a saint who were apparently unlettered but were the source of morality and guidance for the millions of people. They got this knowledge through piety.

Shaykh-ul-Islam said that the holy Quran says that whosoever adopts the path of piety, Allah Almighty guides him to the straight path. He said that if one is afflicted with worries, and tensions, the goal of piety will shift one from the thick of anxiety to the comfort of peace. He said that it is for this reason that direction has been annexed with being pious in the holy Quran.

Dr Tahir-ul-Qadri said that if one has to achieve piety and be included among the rightly guided people, one should join the company of such people, the saints and Friends of Allah. And it presupposes foregoing the company of all other people who are hindrance in the way of getting guidance. He said that one is able to benefit from the company of revered people only when one is ready to bring about change in one’s priorities.

The MQI founding leader said that in the olden times, the seekers of truth would journey for days and nights spanning over weeks and months to be among the blessed company of great saints and mystics. But with the world having become global village, the understanding and meaning of company has undergone complete metamorphosis. He said that everything that has an impact on one’s mind, and thinking is a company. He said that there is a dire need of having the right company in the age of social media. He asked every worker and associate of MQI to strive hard for the company of the pious people.

The address of Shaykh-ul-Islam ended at 12:15 am. He offered Dua for the departed soul of Pir Alauddin Siddiqui. 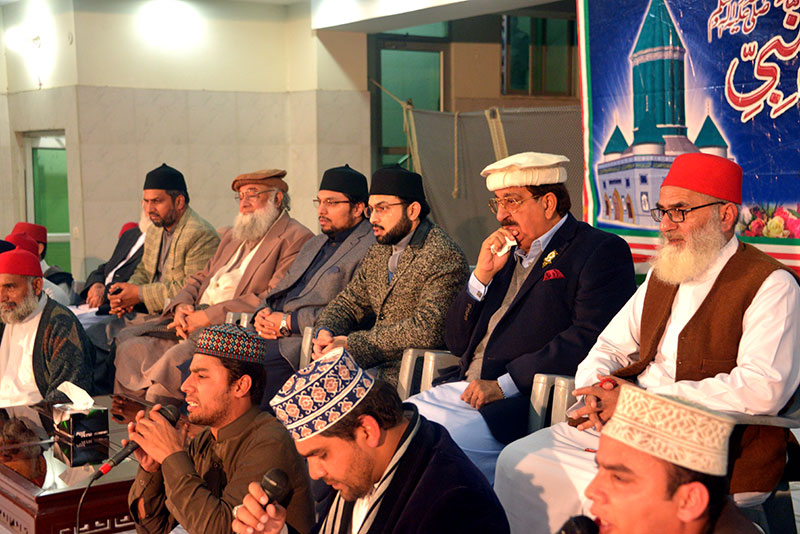 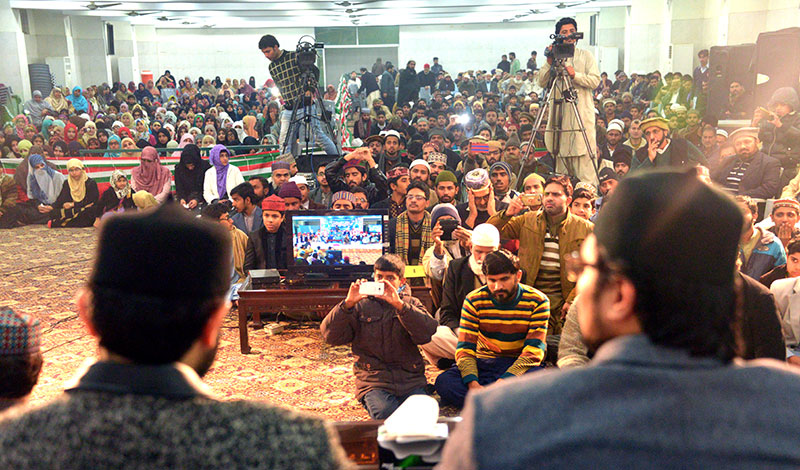 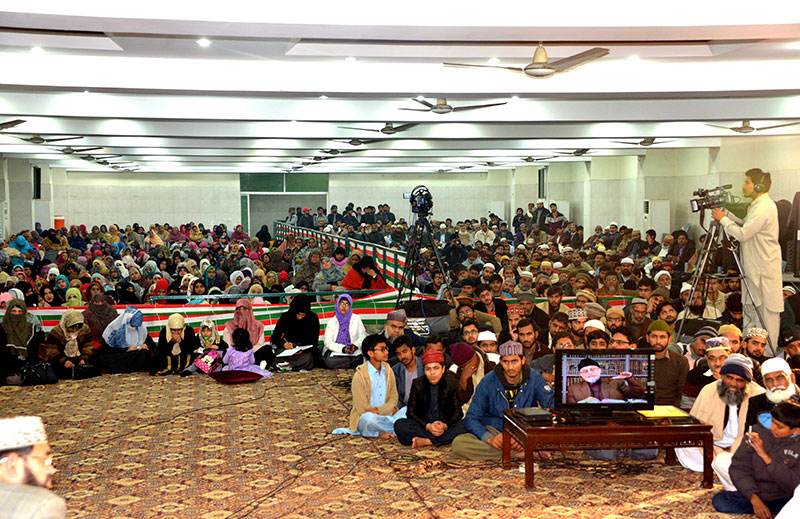 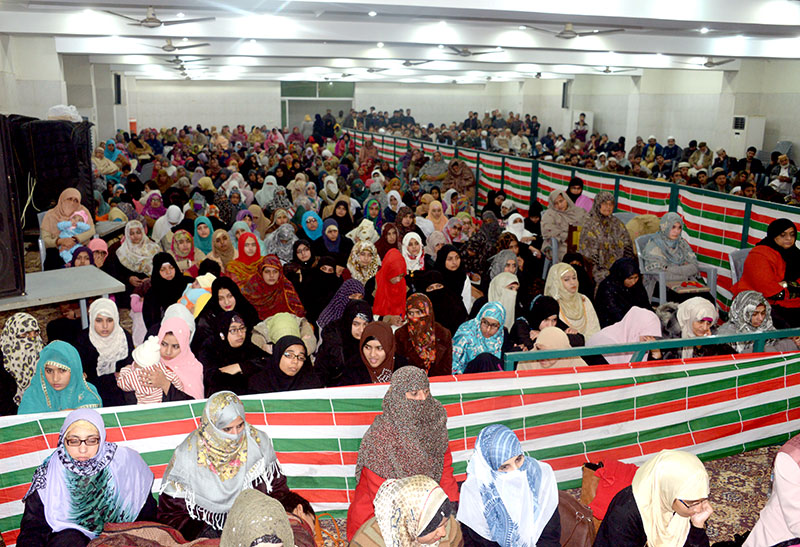 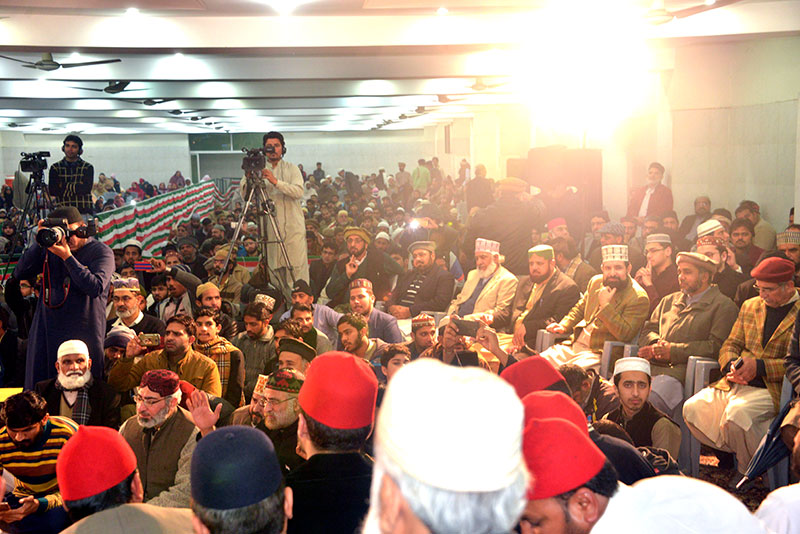 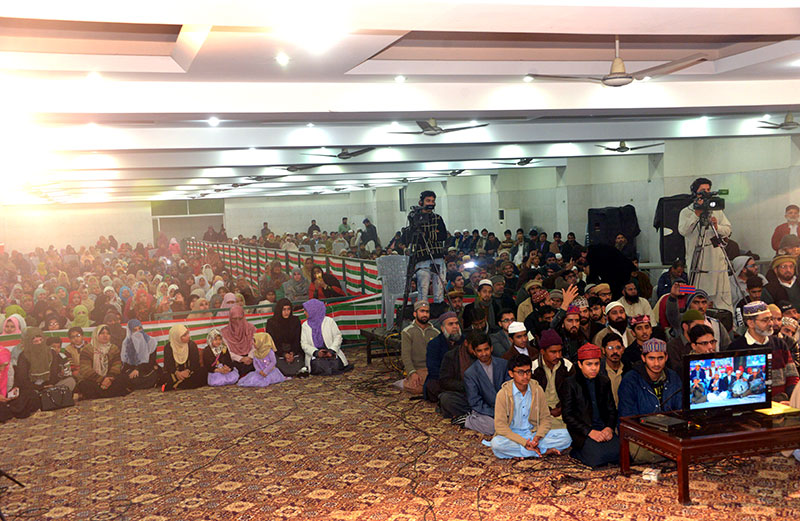 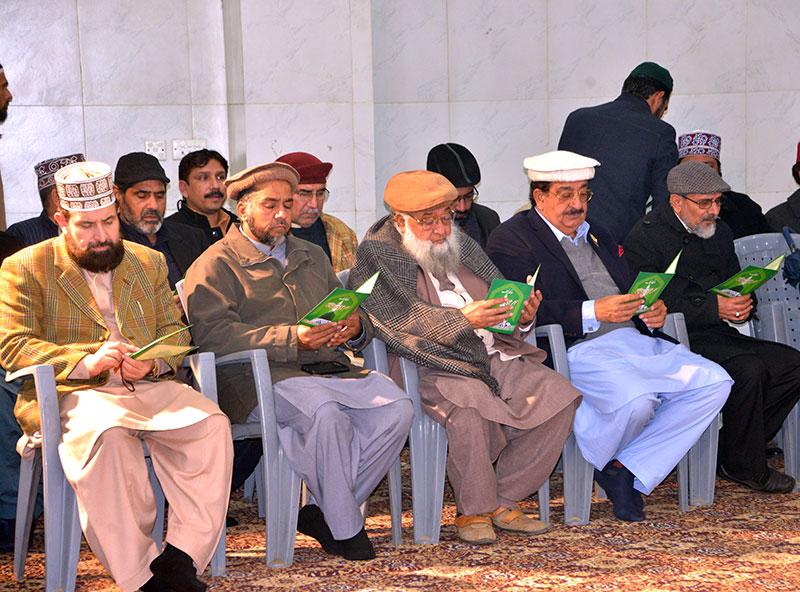 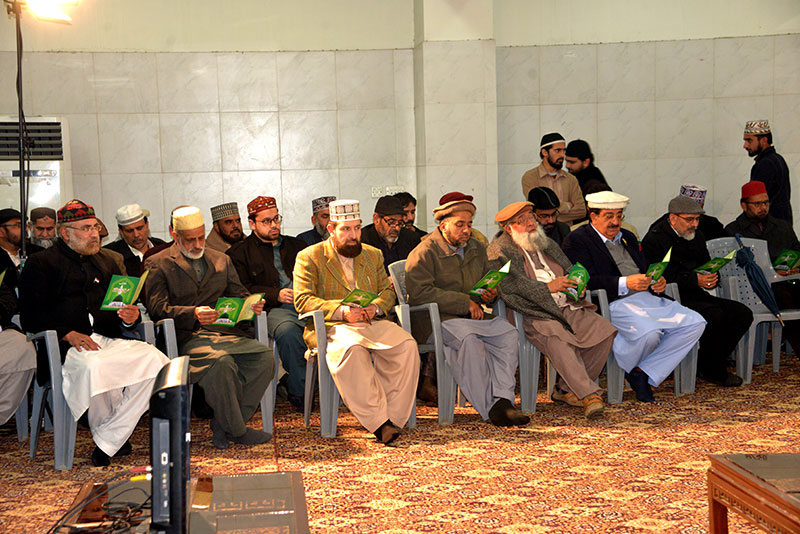 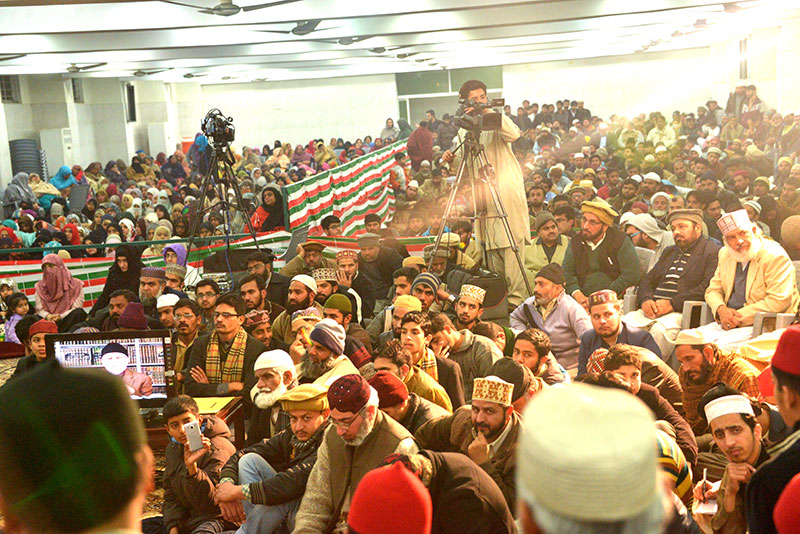 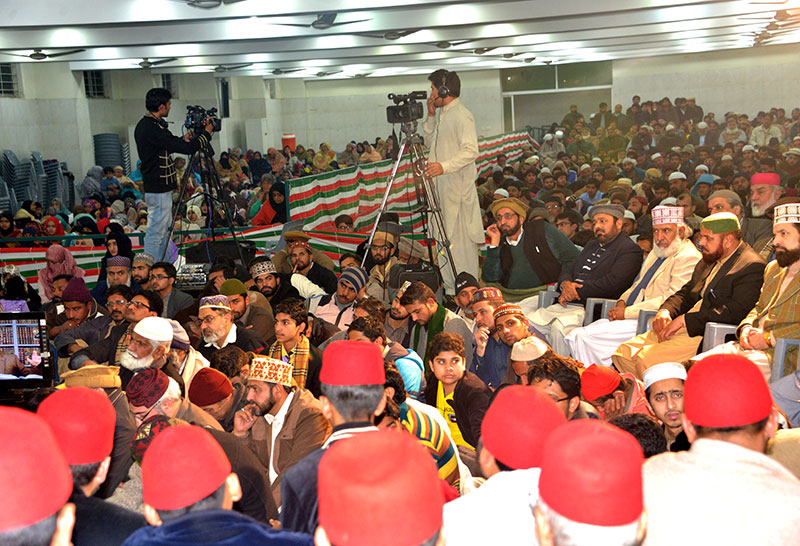 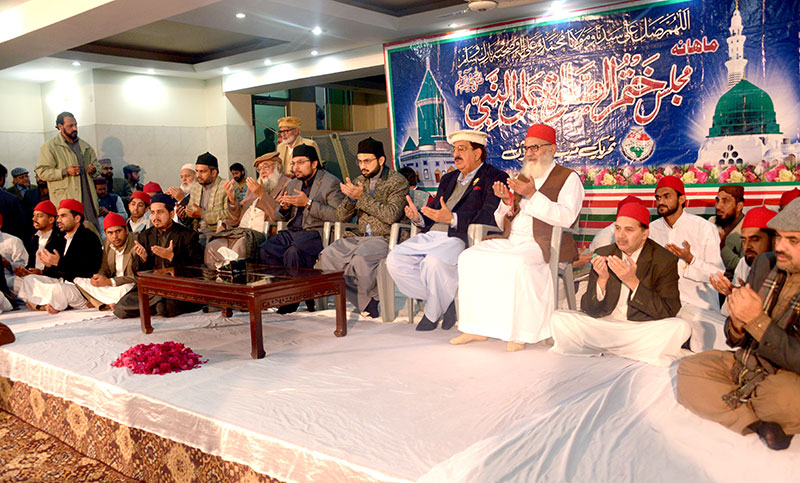 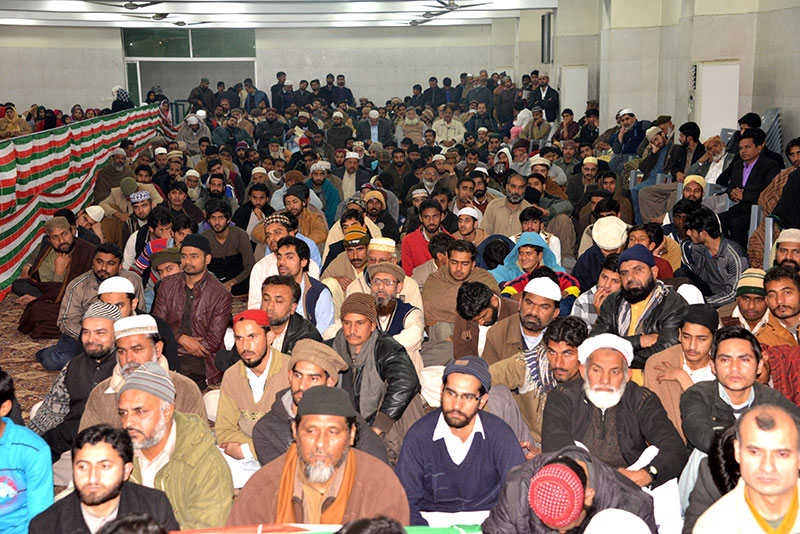 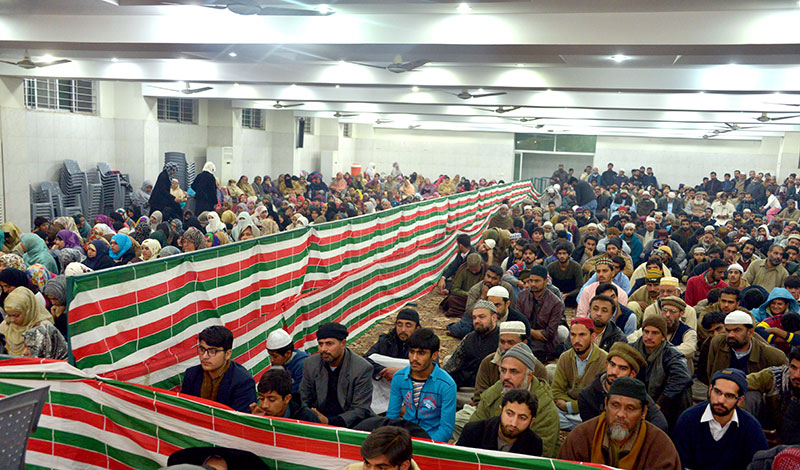