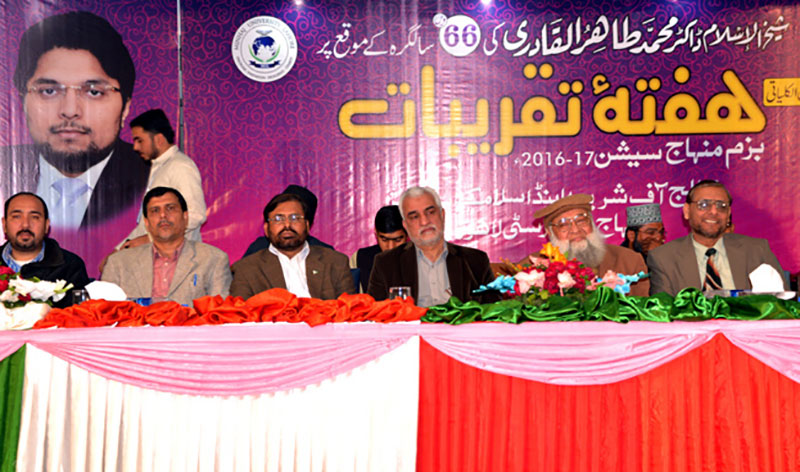 Annual All-Pakistan contests of different types got underway at the central secretariat of MQI to mark the 66th birthday of Shaykh-ul-Islam Dr Muhammad Tahir-ul-Qadri. These contests are being held under the banner of Bazm-e-Minhaj, the students’ body of Minhaj University Lahore. The weeklong celebrations that kicked off on February 13 will conclude on Feb 16. The idea behind organizing these events is to awaken the interest and creative passion of the students in the extracurricular activities.

Shields and participation certificates were distributed among the position holders as well as participants.

Talking about personality of Dr Tahir-ul-Qadri, Agha Akbar Barkhordori said that Dr Qadri has been making significant efforts for promotion of interfaith harmony and a culture of tolerance and upholding the banner of human rights in the world. He said that Dr Tahir-ul-Qadri is a very respectable personality who is playing the role of a bridge between different schools of thought.