Dr Hussain Mohi-ud-Din Qadri expressed these views while addressing a ceremony in connection with the 66th birthday of Dr Tahir-ul-Qadri at the Minhaj University Lahore on Feb 17, 2017. Prominent personalities belonging to various walks of life paid glowing tributes to the intellectual, scholarly, educational and welfare services of Dr Tahir-ul-Qadri.

Dr Hussain said that Dr Qadri has fulfilled his religious and national duty by declaring the terrorists as ‘khawarij’. He said that it is unfortunate that the government has not taken into account the magnitude of the problem of terrorism. He asked as to who is not aware of those who describe the shrines as hubs of ‘shirk’ and which books contain hate material with regard to mystics and saints. He said that had our rulers been serious about eliminating terrorism in all its forms and manifestations, the terrorists would not have been strutting around.

The President of MQI said that terrorism has its sway in the whole country and the governmental writ is nowhere in sight. He said that the government has eroded the authority of the state by weakening its writ. He said that had NAP been implemented in letter and spirit, terrorism would not have returned to the country. He said that terrorism would not end by cutting off its branches and leaves, adding that the roots of the menace will have to be uprooted. He said that for terrorism to be eliminated at source, we have to have good governance, promotion of knowledge and full implementation of the NAP. He warned that if the implementation on NAP remained impartial, terrorists would continue to benefit from the loopholes.

Dr Hussain Mohi-ud-Din Qadri said that the rulers are a hurdle in the extension of term of military courts and hence responsible for the tragedies that have struck the country. He said that an indiscriminate operation of Rangers is inevitable across the Punjab province. He said that the body politic of the country is infected with terrorism, adding that unless it is cured wholly, all claims of having broken the back of terrorists are a façade. He demanded that the NAP should be implemented in its entirety. He said that had it been implemented in all the four provinces, no question would have been raised around its efficacy.

Dua was made at the conclusion of the ceremony for the departed souls and speedy recovery to the injured. 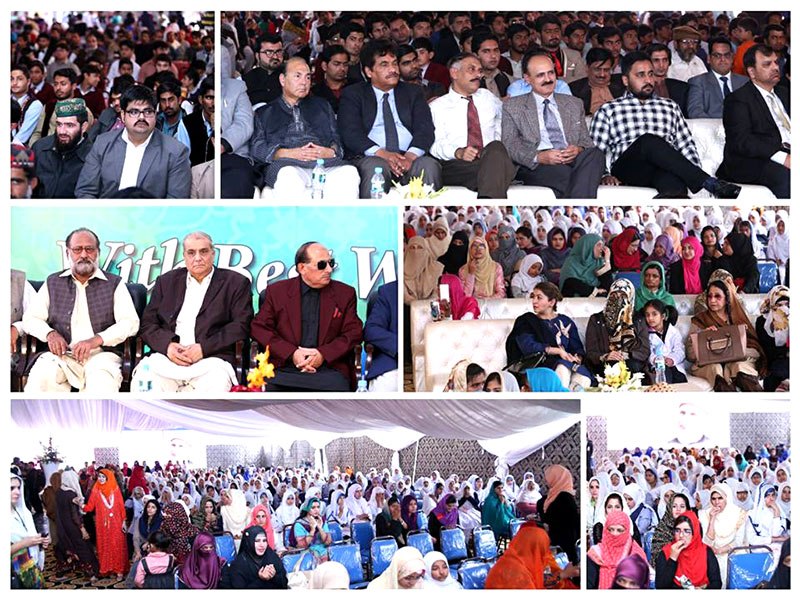