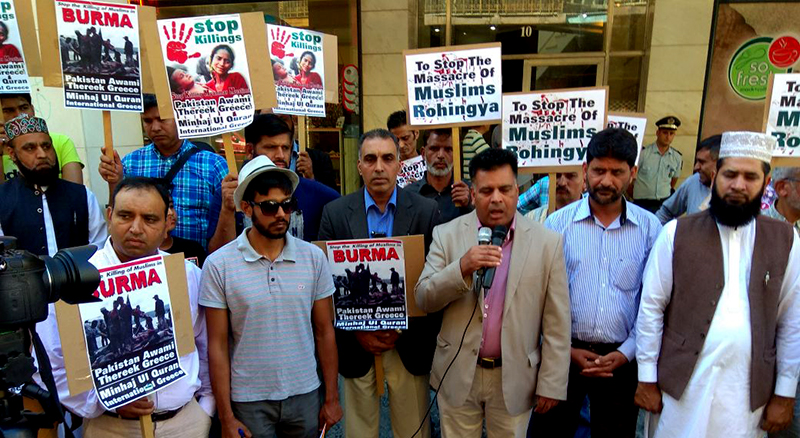 PAT and MQI Greece took out a protest rally in front of Burmese consulate on September 7 against the atrocities being committed against the Burmese Muslims. The people from across the political spectrum participated in the protest rally. Throwing light on the current situation in Burma, the speakers said that the Muslims are being subjected to ethnic cleansing under planning and the criminal silence of the international powers is the proof of this fact. The countries which raise hue and cry even for animal rights have become silent spectators now. Where are the human rights organizations, which are mobilized when even a single murder occurs in Europe or America?

But, regrettably, they seem to have kept oral fast, witnessing the wholesale massacre of the Muslims in Burma with callous indifference. The president Minhaj ul Quran International Greece said that the Muslim rulers should present a united front against the reign of terror unleashed in Burma. He thanked the local police and the Greek Government for their cooperation in connection with the protest rally.

Dr. Abdul Razzaq, the president PAT Greece, said the apathy of the international community vis-a-vis the genocide of the Muslims in Burma is a serious cause of concern for the civilized world. He said the Muslims of Burma are the only community in the world who are not citizens of any country. Even the United States seems to be arthritic to play any role in this regard. The Security Council is tongue-tied. The Nobel laureate and the prime minister of Burma is directly responsible for all this ethnic cleansing. The PAT Greece condemns these brutalities in the strongest terms. 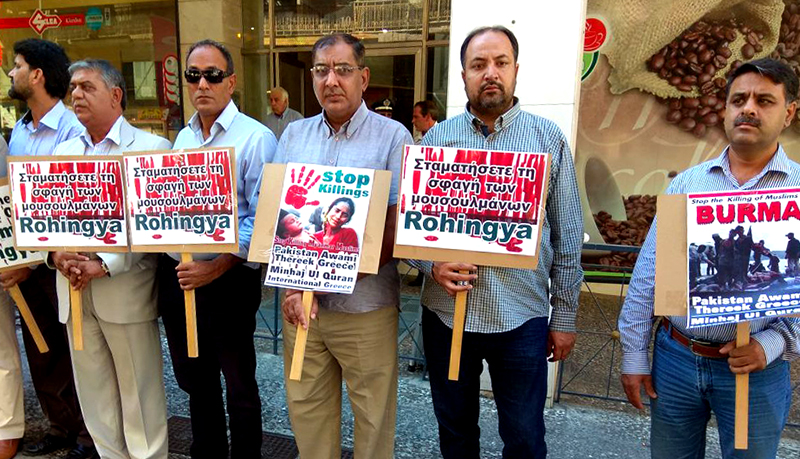 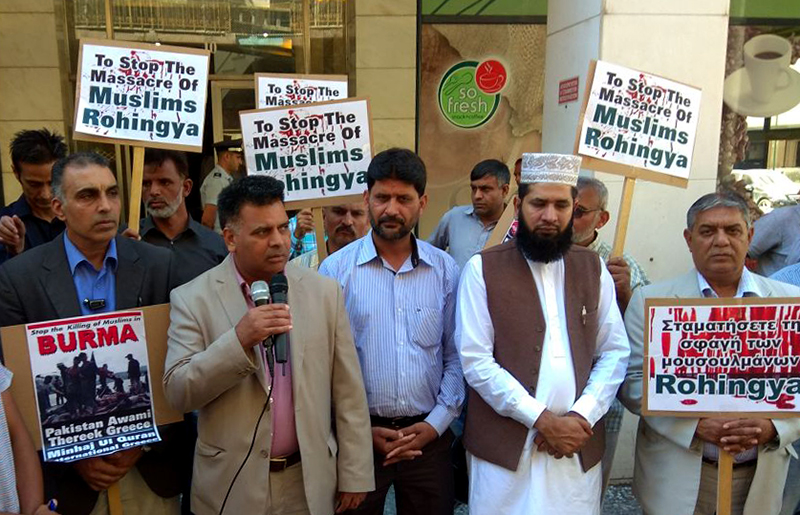 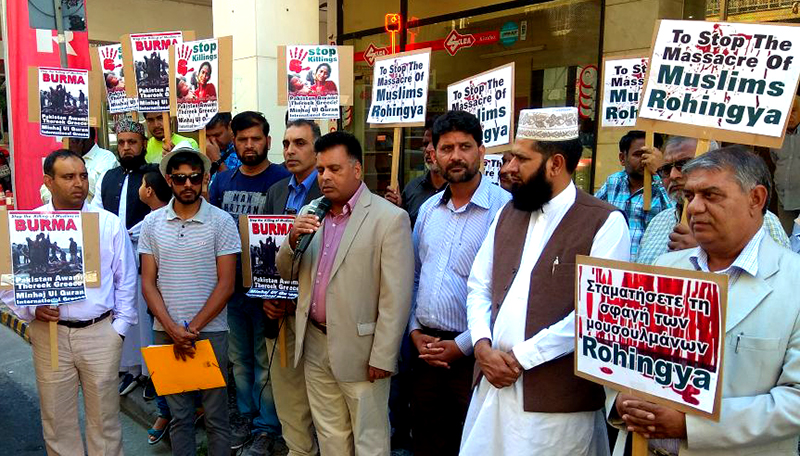 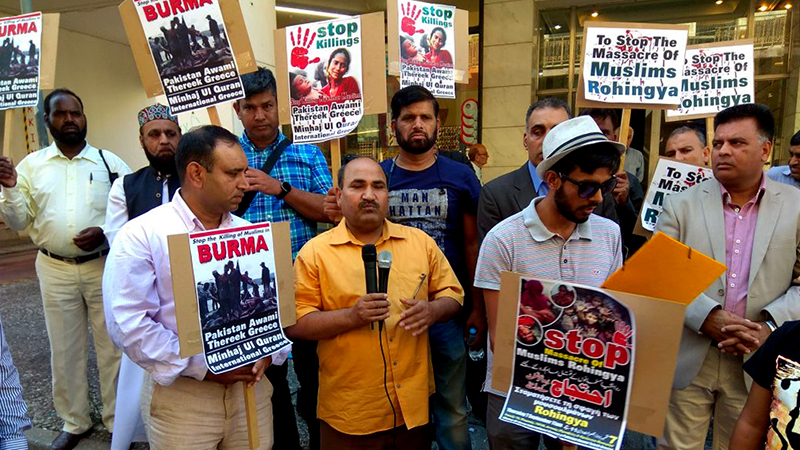 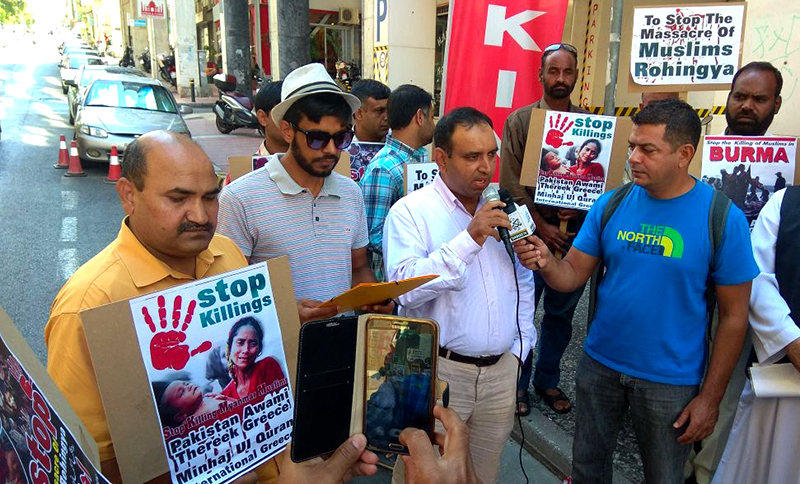 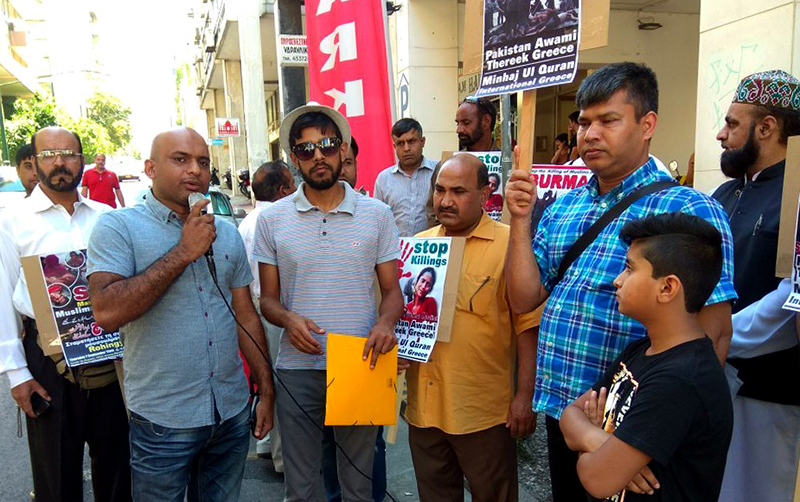 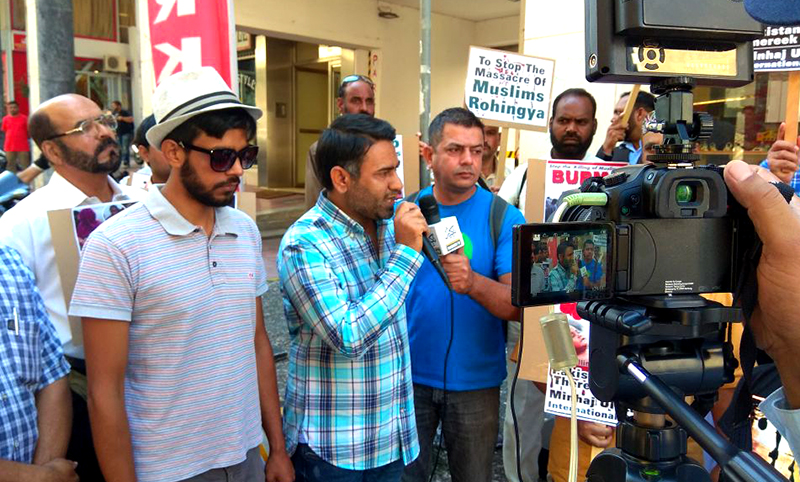 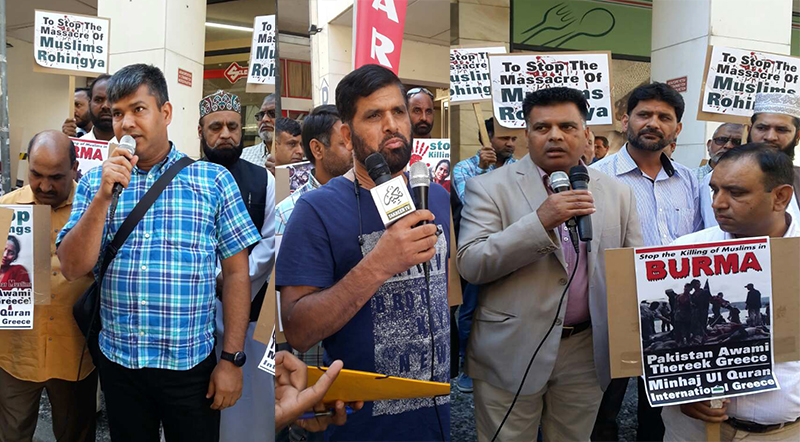 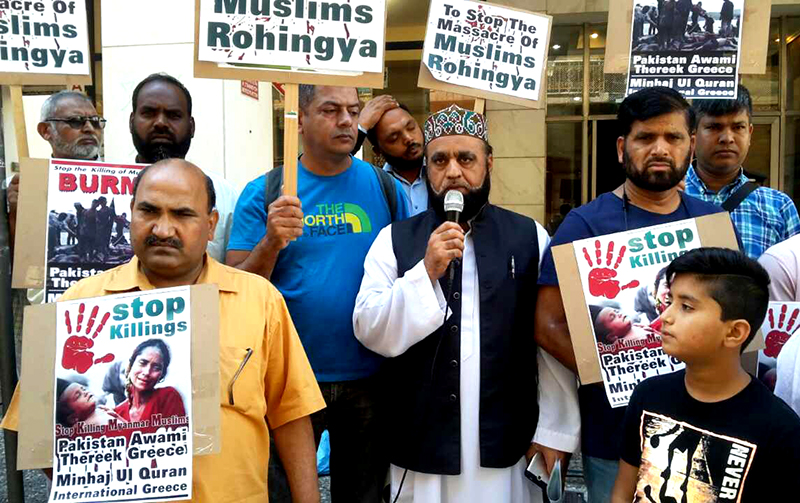