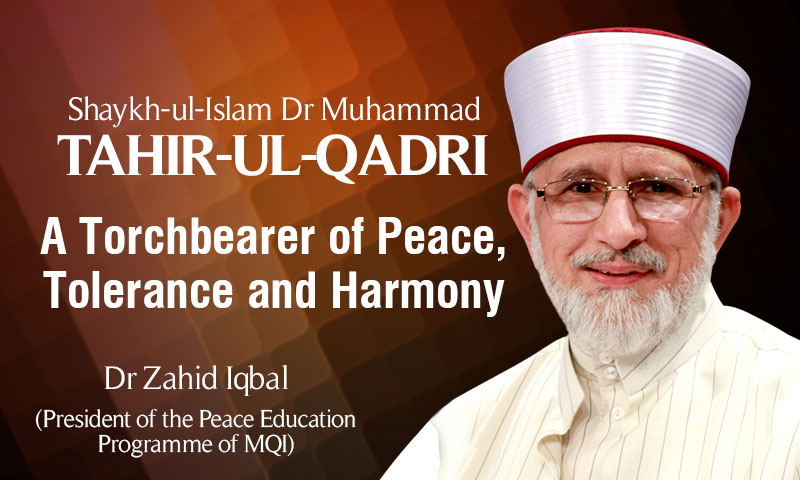 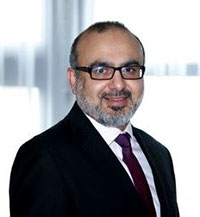 Every attack by violent extremists, not only destroys lives, devastates families and communities, causes destruction of lands and livelihoods, but by sowing the seeds of intercommunal suspicion, intolerance and retaliation, also contributes to global instability and insecurity. Not only are Muslims the main victims globally of violent extremism, but they are starting to bear the brunt of a backlash, feeling under greater scrutiny, and perceiving to be unfairly targeted by counter-terrorism programs of various sorts.

And yet, despite increased securitisation, surveillance, monitoring and various counter-terrorism programmes, the problem shows no signs of abating, but seems to increase year on year. While there may well be success stories of terror plots being foiled, radicals channelled into de radicalisation programmes, the unfortunate fact is that countless young people remain vulnerable to extremist propaganda especially through social media. In the West, we are particularly concerned about home-grown terrorists radicalised online and primed to embark on suicide bombings or employing ever-more novel methods of killing.

It is recognised that many factors are involved in radicalisation, from grievance about foreign policy and wars, to alienation, discrimination and marginalisation. Often, after leading a life of pleasure-seeking and excess, or frank criminality, the would-be terrorist may convert, and in wishing to redeem themselves, act lethally and brutally on the designs of their mentors. However, within this multiplicity of factors, a common thread runs through, which is that of ideological indoctrination, or at the very least, a buy-in of extremist ideology and narrative. If one wants to successfully tackle radicalisation, then one must counter the ideology and narrative, which, one must accept, arises from distorted and defective theological interpretations of Islam and its scriptures.

No Muslim scholar has been the forefront of countering the ideology and narrative of extremism than the author of this publication, His Eminence Dr Muhammad Tahir-ul-Qadri. Throughout his life, he has promoted the concept that Islam is a religion of peace, tolerance and harmony, and using evidences from the Qur’an, hadith and classical scholars, has struggled ceaselessly against extremism. His Fatwa on Terrorism & Suicide Bombings published in 2010, and translated into many languages, became the seminal work in this area. For the very first time, this 400-plus page (in English) treatise provided a comprehensive and thoroughly researched set of arguments, based on the Qur'an and hadith (traditions of the Prophet - peace be upon him) and the works of acknowledged Islamic authorities, proving that Islam condemns violence against civilians and non-combatants, that non-Muslims have the same rights to life, property and honour as Muslims, and that terrorism and suicide bombings have no lawful excuse, pretext or justification.

Further to this, Dr Qadri produced the Islamic Curriculum on Peace and Counter-terrorism (2015), a comprehensive suite of resources aimed at young people, teachers, imams and clerics. The constituent texts, such as Islam on Serving Humanity; Peace, Integration and Human Rights; Islam on Relations between Muslims and Non-Muslims; Muhammad ( peace be upon him) the Merciful, leave no doubt that Islam is fundamentally and diametrically opposed to terrorism, suicide bombings, or any violence or act of dishonour against civilians, non-combatants or innocent people; that Jihad is a struggle against base desires or for the peaceful struggle for socio-economic justice and progress in society, and that Muslims should be vehicles for serving humanity and providing peace and security to everyone.

Islam - The Religion of Peace or Terror? has been produced as a concise and accessible document for widespread distribution. With its contents derived from a number of the aforementioned works, its question and answer format will facilitate reading and understanding. The aim is to provide a succinct but effective rebuttal of the false claims of the extremists. Each quotation, whether from the primary sources of Islamic law, that is the Qur'an, or hadith, or the proclamations of famous and widely accepted Islamic jurists and authorities, is meticulously referenced for authenticity . This means that the contents provide irrefutable evidence against the theological and ideological themes of extremism, and a potent counter-narrative.

Part one of this work deals with important questions on whether Islam is a religion of peace; the sanctity of human life, property and honour, whether Muslim or non-Muslim; the status of non-Muslims; the behaviour of the Prophet (peace be upon him) towards members of other religions; the position of suicide attacks in Islam; and whether grievances can ever be justifications for killing. Part two deals specifically with the phenomenon of ISIS, the most prominent of today's extremist groups, and the remarkable Prophetic predictions of the coming of this group, including precise characteristics and features, even to the level of their emblematic black flags.

I hope this work can be circulated widely in written form or perhaps used either in its entirety or bite-sized chunks in online resources or social media as a bulwark against the material promoted by extremist ideologies and propagandists. Not only should Muslims be the audience of this work, but also non-Muslims, if only to demonstrate that Islam itself is not the source of terrorism and violence, but the source of peace, tolerance, love and co-existence, and that the arguments of the extremists are based upon distortions, mistaken and decontextualized interpretations, and in many cases frank lies, to exploit young or vulnerable people to carry out their evil and narcissistic designs.

I believe it is the duty of every parent, teacher, imam or Muslim cleric to read and promote this work, to use it as a tool to challenge the extremists and inoculate young people against their often persuasive but ultimately baseless rhetoric and ideological or theological arguments. It will also be valuable to those employed in frontline agencies in their work in countering extremism or simply educating themselves on the true teachings of Islam.