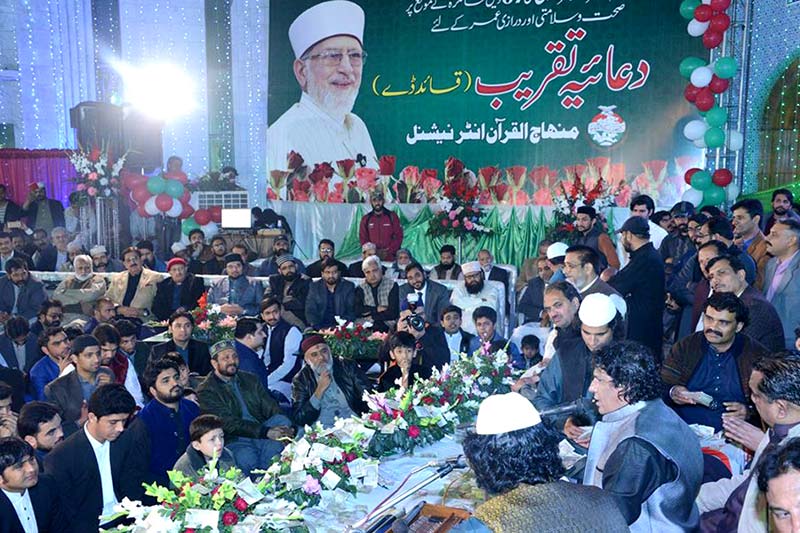 A prayer ceremony was organized as part of celebrations marking the 67th birthday of Shaykh-ul-Islam Dr Muhammad Tahir-ul-Qadri at the central secretariat after Isha prayers on Feb 19. MQI President Dr Hussain Mohi-ud-Din Qadri presided over the ceremony. Dr Tahir-ul-Qadri attended the programme through video link. It consisted of recitation of the Holy Quran, Naat and singing of Qawwalis. Renowned Qawwal Faiz Ali Faizi performed on the occasion and mesmerized the audience with his melodious voice.

The proceedings of the event got underway with the recitation from the Holy Quran by Qari Noor Ahmad Chishti. Khurram Brothers presented Naat and mystic kalam. Faiz Ali Faizi, the student of renowned Qawwali maestro Ustad Nusrat Fateh Ali Khan, presented Qawwalis on the occasion. Fireworks were also displayed in the playground outside the secretariat.

In his brief conversation, Dr Muhammad Tahir-ul-Qadri welcomed all participants, and Qawwal Faiz Ali Faizi. He appreciated his mastery on the singing and said that the way he performed on the occasion showed a glimpse of Ustad Nusrat Fateh Ali Khan. He expressed his best wishes for the participants of the prayer ceremony.

A lucky draw was held for two Umra tickets; one for the staff and the other for office bearers of different offices/organizations of the central secretariat. Dr Hussain Mohi-ud-Din Qadri conducted the draw in which peon, Najam Hamid Khan, and Director FMRI Muhammad Farooq Rana were declared as lucky draw winners.

At the end of the ceremony, the cake was cut. Dr Hussain Mohi-ud-Din Qadri led a special Dua in which the participants prayed for good health and long life of Dr Tahir-ul-Qadri. The programme came to end by 2 am.

The building of the central secretariat was tastefully decorated to mark the birthday of the PAT Chairman. The stage and venue were especially prepared to reflect the festivity. 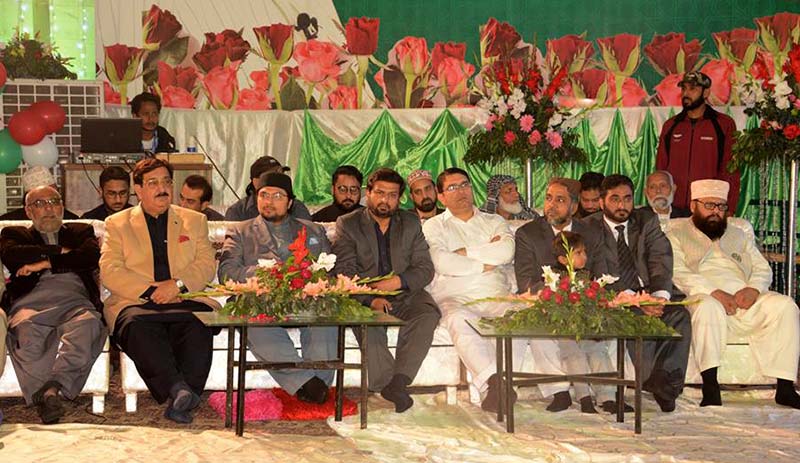 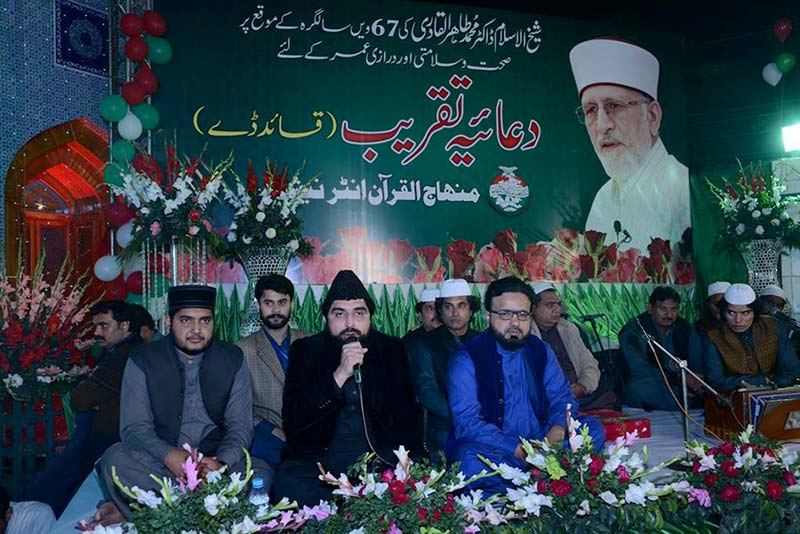 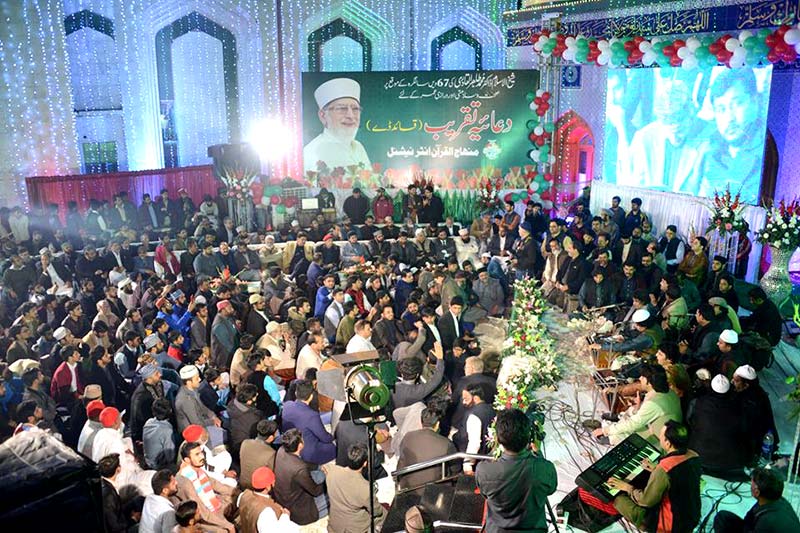 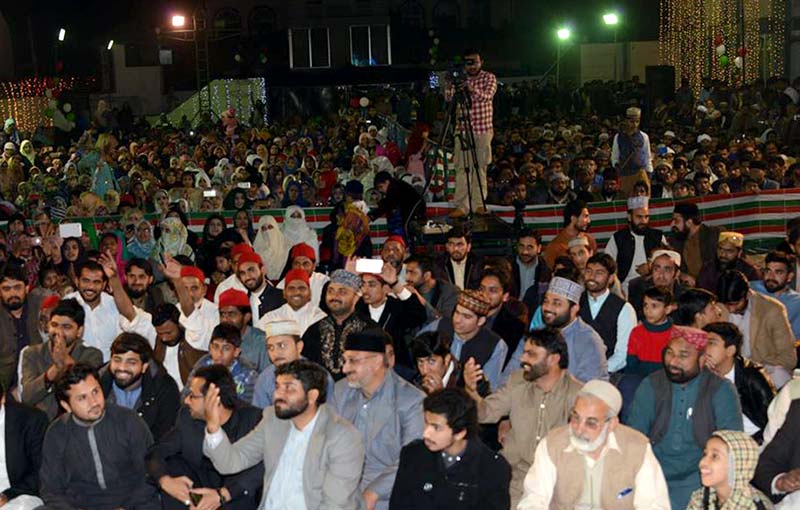 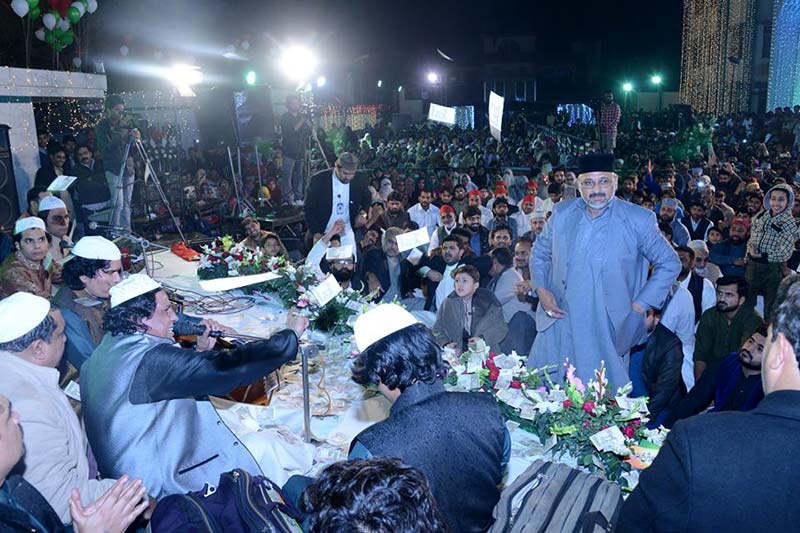 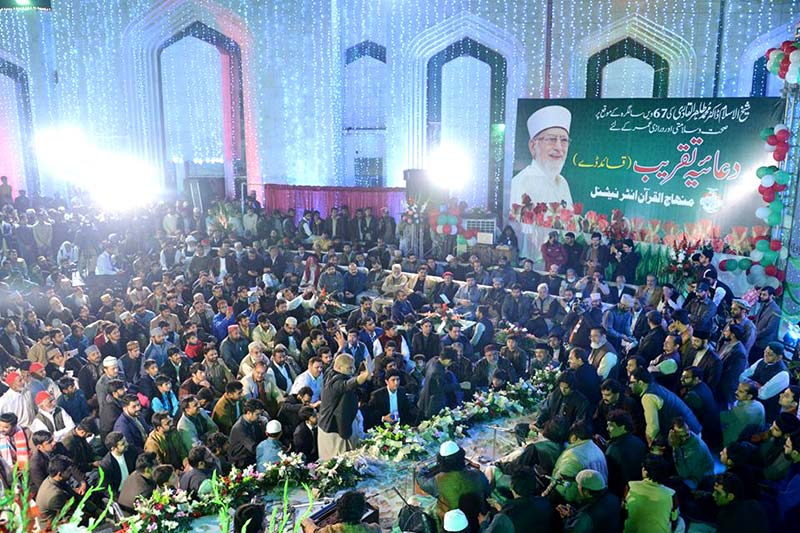 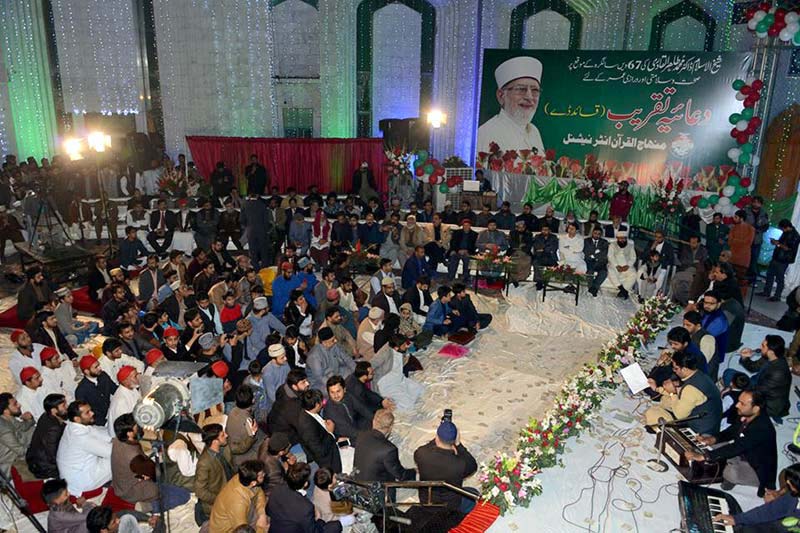 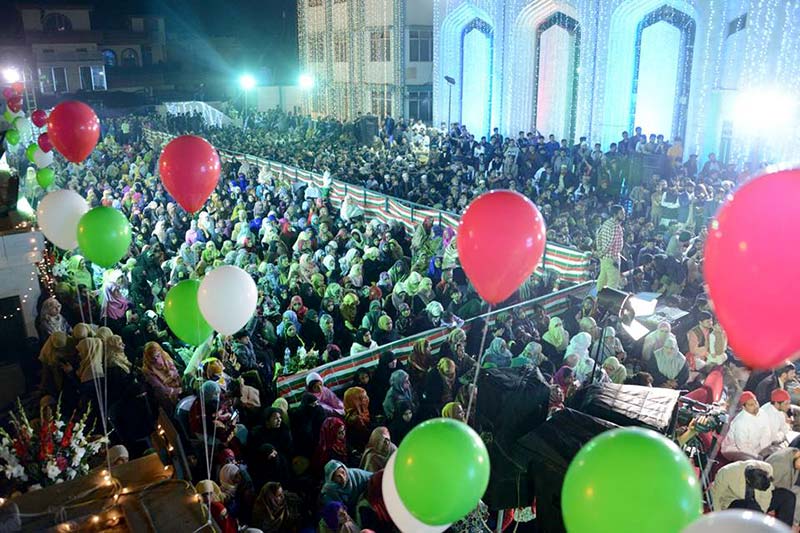 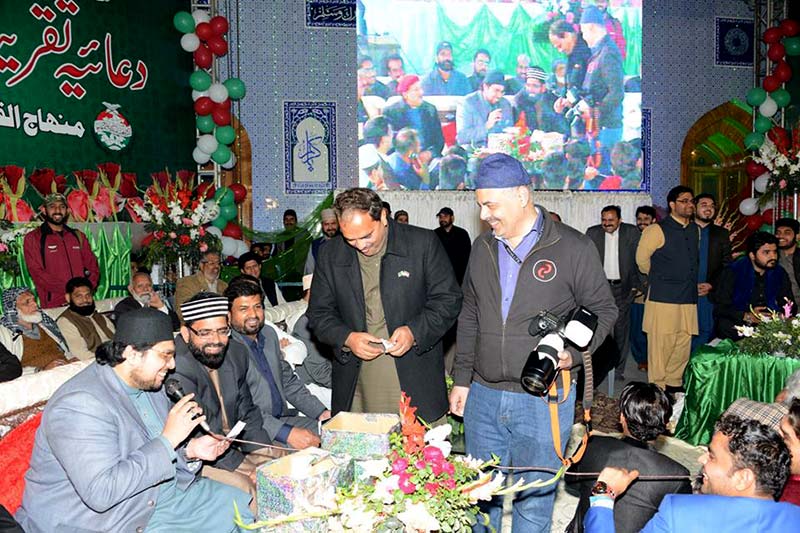 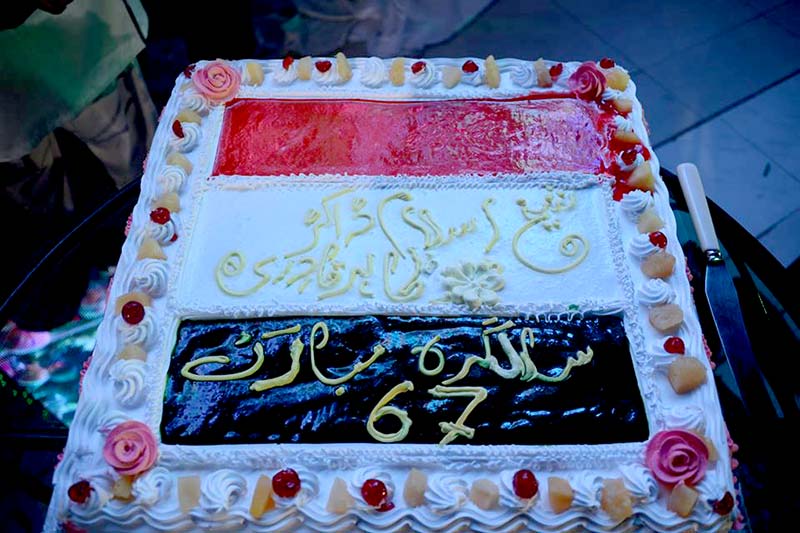 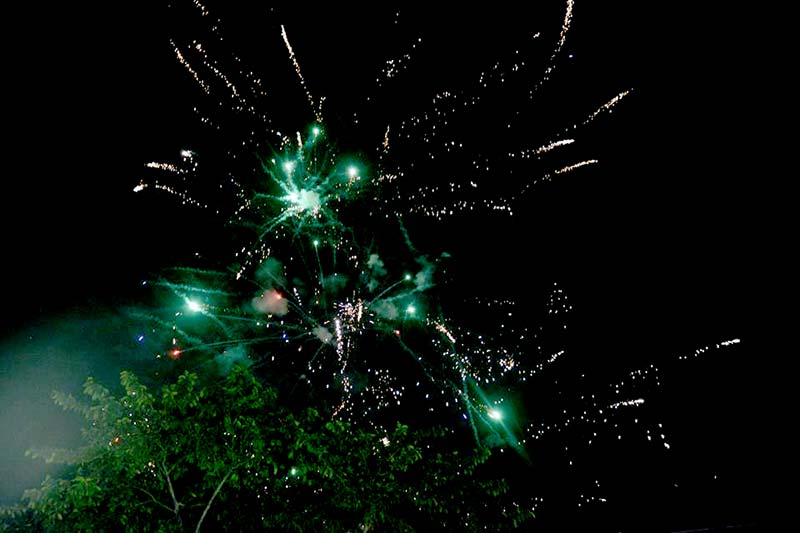 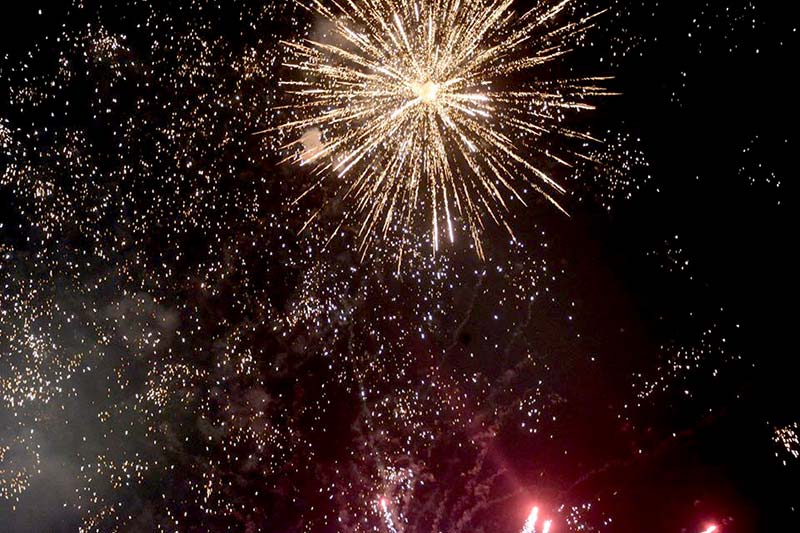 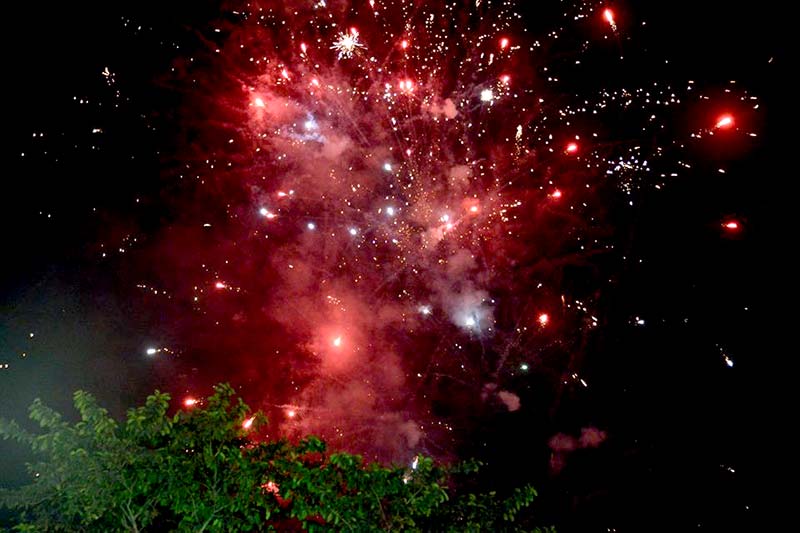 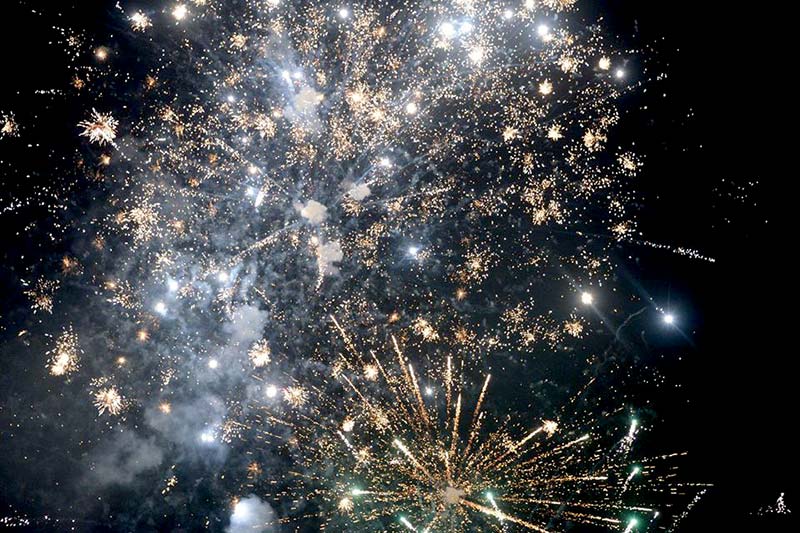