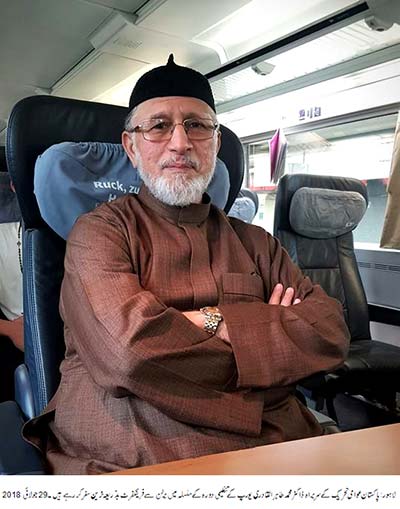 PAT Chairman Dr Muhammad Tahir-ul-Qadri has said that had the resources been spent on the development of modern infrastructure instead of the projects like orange line for heavy kickbacks and commissions, the millions of the people would have benefited from modern, efficient and affordable transport service across the country. He said that spending of resources on failed projects is also a form of corruption. He said that those who ran their businesses successfully have destroyed the state-owned enterprises such as Railways and the PIA. He said that the money spent on the Orange Line could be enough to construct 35,000 farms-to-market roads, revolutionizing the agricultural marketing.

Dr Tahir-ul-Qadri made these remarks while talking to the office holders of the European chapters aboard a train on his way from Berlin to Frankfurt. He said that the Railways and the PIA that are in massive deficits were capable of running the whole country had they remained safe from the corruption of rulers. He said had the budget allocated for metro & speedo buses and orange train been spent for revival of Pakistan Railways, the millions of the Pakistanis would have enjoyed a world-class transport facility for easy and affordable mobility.

The PAT Chairman said that the former rulers pumped in billions of rupees on a few road projects. He said that they visited Europe, and saw its human-friendly system from close quarters but confined its model of development to the flourishing of their business empires. He said that the common man is unaware of the pro-people development model being practised in the west. He said that those who oppressed the millions of the people are unable to enjoy the luxurious life of their palaces and are languishing in jail today. He further said that whosoever looted the national wealth and deprived the poor of the basic rights will face punishment in this world.

The PAT Chairman addressed a huge conference on the subject of moral and spiritual development of man in Berlin, which was attended by the MQI workers and office bearers in a large number. Besides, the people belonging to different walks of life such as business in particular were also in attendance on the occasion. Addressing the conference he said that Islam talks about establishment of a peaceful, harmonious and egalitarian society based on the shared values of brotherhood. He said that Islam teaches its followers to be tolerant and respectful of others, stating that those who link Islam with extremism and terrorism are actually unaware of the teachings of Islam. He said that the practice of using religion to spread hatred in the world has clearly a political undertone to it. He said that Islam is a great advocate of the human rights. He said that promotion of interfaith harmony is of utmost importance to foster a culture of global brotherhood. He asked the leading scholars and public intellectuals of various religions to play their role in this regard. 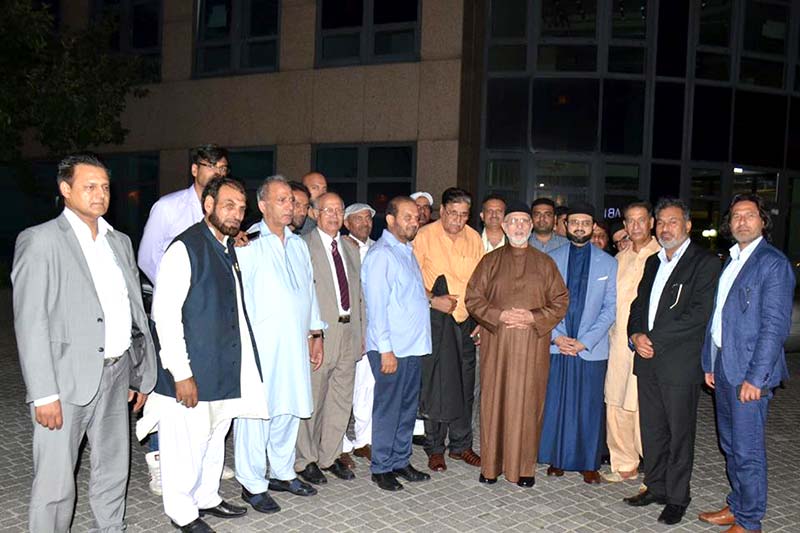