The Federal Minister for Religious Affairs termed the world renowned Fatwa against terrorism and suicide bombing authored by Dr Tahir-ul-Qadri as a great service of humanity. He further lauded the MQI’s role in promoting knowledge, peace and interfaith dialogue in the world. He said that Dr Tahir-ul-Qadri has provided a precious treasure of knowledge in the form of hundreds of books that are quenching the thirst of the knowledge seekers.

Minister for Religious Affairs Noorul Haq Qadri reached the central secretariat in Model Town at 11 am where he was received by Director Interfaith Relations Sohail Ahmad Raza, Director Foreign Affairs GM Malik, Shahzad Rasool, Allama Imdadullah Khan, and Allama Mir Asif Akbar. He was taken to various departments of the MQI including Gosh-a-Durood where he was received by Syed Musharraf Shah.

Talking after the vision, the Federal Minister said that the government will benefit from the vision and services of Dr Tahir-ul-Qadri for promotion of unity among various schools of thought and inter-sectarian harmony. He said that patriotic and peace loving religious scholars and Mashaykh are the guarantee of unity and national solidarity. He said that we can make world the hub of peace by acting upon the teachings of Islam. 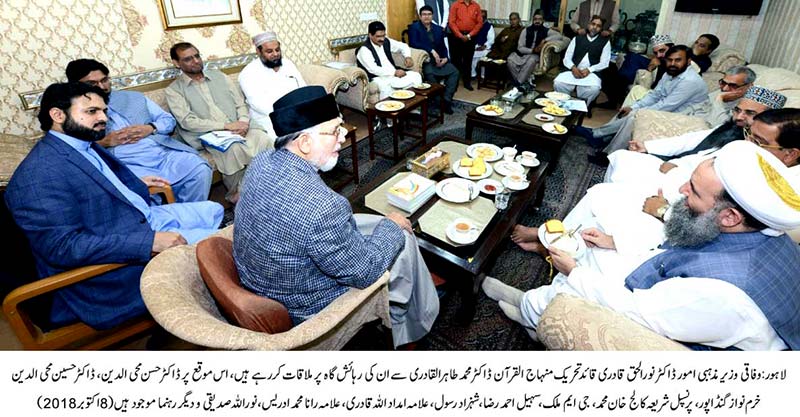 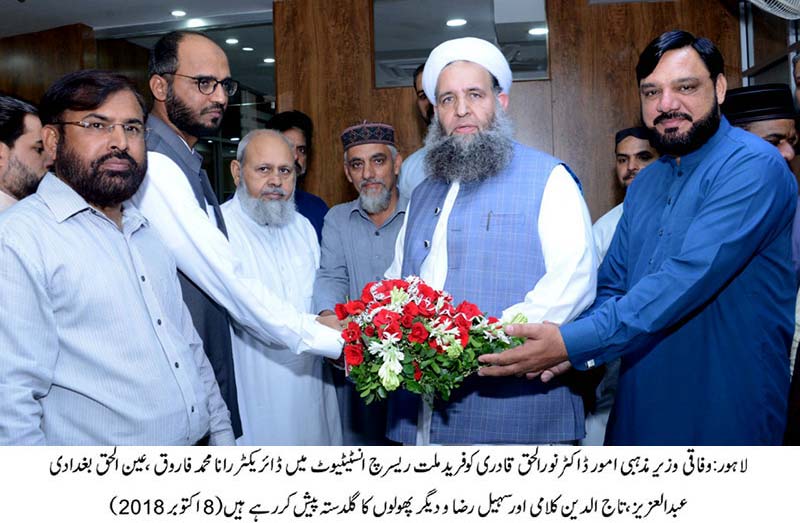 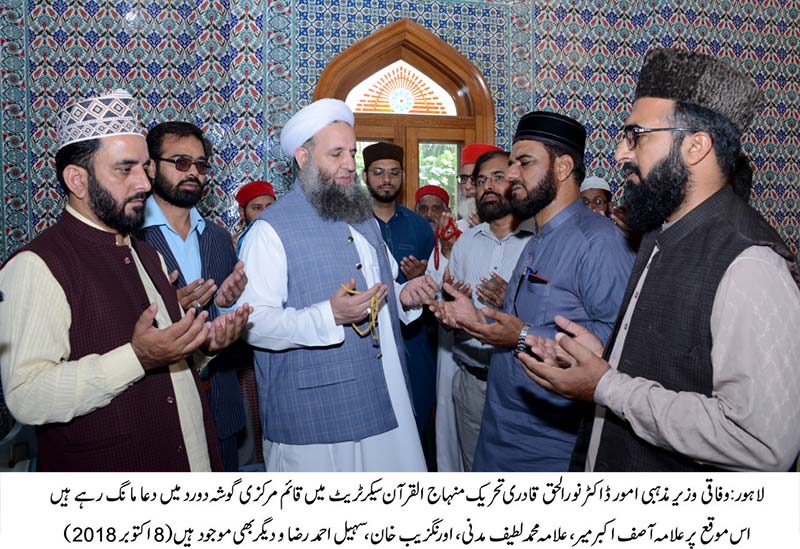