Minhaj-ul-Quran Ulama Council arranged a scholarly sitting of religious scholars and senior students of Islamic sciences with Shaykh-ul-Islam Dr Muhammad Tahir-ul-Qadri. The topic of the discussion was “Flexibility and changes in the Islamic law amid changing circumstances and events”. Those who attended this intellectual sitting included researcher, scholars of Hadith, professors of universities, intellectuals, scholars of interpretations, and the noted speakers.

In his talk, Dr Tahir-ul-Qadri said that Islam is a universal religion and its teachings and commandments are also eternal. He said that one reason of their being for all times to come is that they are based on the Divine Commandments that are eternal and the second reason is that Allah Almighty has made the teachings of Islam comprehensive and universal. It is for this reason that they have the built-in capability to cater to the demands of all ages. The third reason of the eternity of Islamic teachings is the presence of flexibility, facility and softness which explains why the Islamic teachings and laws have in them what it takes to answer the questions of all ages and address the changes.

Dr Tahir-ul-Qadri further said that life is neither static nor stagnant. Rather it continues to evolve and improve as the time passes. He said that evolution of time, changes in the ages and revolutions serve as an impetus for the living nations. He said that Islamic teachings and laws guide the humanity in according with the demands of their contemporary times. He said that Allah has designed these laws in such a manner that they have the capacity to address the emerging realities of every age. He said that the basis of Islamic laws is welfare of the human beings not only in this world but also in the hereafter, and wisdom.

Shaykh-ul-Islam said that those teachings that are related to the worldly affairs are based on general expediency, which is subject to change with the change in circumstances. So when the basis shifts, the change in the laws becomes inevitable. It is for this reason that the worldly matters will be judged on the touchstone of changing circumstances. One more reason is that a law which has been designed to keep the people safe from the excesses and cruelty, the change in circumstances of the time when the law is being adjudicated upon has to be kept in view. He said that the way realities on the ground change, likewise the laws meant to address those realities will also undergo amendment and changes.

Dr Tahir-ul-Qadri said that the change in the laws in accordance with the changing realities of the time is what makes them eternal and flexible, investing them with the capability to respond to every age and guide the human beings in accordance with their peculiar circumstances. Otherwise stagnation in the Islamic laws will make the dynamic life soulless and static.

Building his arguments on the basis of the Quranic verses, Dr Qadri said that the Islamic teachings will be beneficial for the human beings only when a society will be helped in coping with changes in circumstances. He said that our great religion, Islam, makes life easy and comfortable for the people. He said that the people of every age are benefiting from this religion uniformly as it exists as a structured way of life for the people of every age. He said that a set of beliefs that cannot address the changing realities of life cannot be described as a faith.

Shaykh-ul-Islam said that when the material circumstances and realities undergo a change, there is always a space for the Islamic laws to be changed because inherent in them is their ability to furnish guidance to the people in line with the contemporary requirements of their age. He said that if the aspect of flexibility in the Islamic laws is ignored, then they will become rigid only meant to answer the questions of one particular age, stating that the change in the laws as per spirit of the circumstances is what makes them eternal.

Dr Tahir-ul-Qadri said when the Holy Prophet (pbuh) would send anyone as an ambassador or an official, to any area, he (pbuh) advise him to be flexible in his dealings with the people, provide comfort and facilities to them and abstain from creating hardships for them. The people should be invited to the faith in a way that it comes as a glad tiding, not in a manner that they run away from it. They should be persuaded to the faith through the propagation of the facilities that a religion brings instead of repelling them from it.

Dr Tahir-ul-Qadri said that we have become narrow-minded today and the flexibility in the Islamic laws has fallen victim to our narrow-mindedness with the result that the youth are running away from the path of religion. He said that the imperative of change in the laws cannot be stopped due to change in the material circumstances. Rather it is an undeniable fact of life. He asked the religious scholars to guide the people in line with the changing circumstances. He said that it is the responsibility of the religious scholars to think innovatively and creatively in an attempt to find fresh solutions to the problems. They should also fulfill their Islamic duty by focusing on the character building of the youth in addition to helping them cope with the modern-day realities of life. 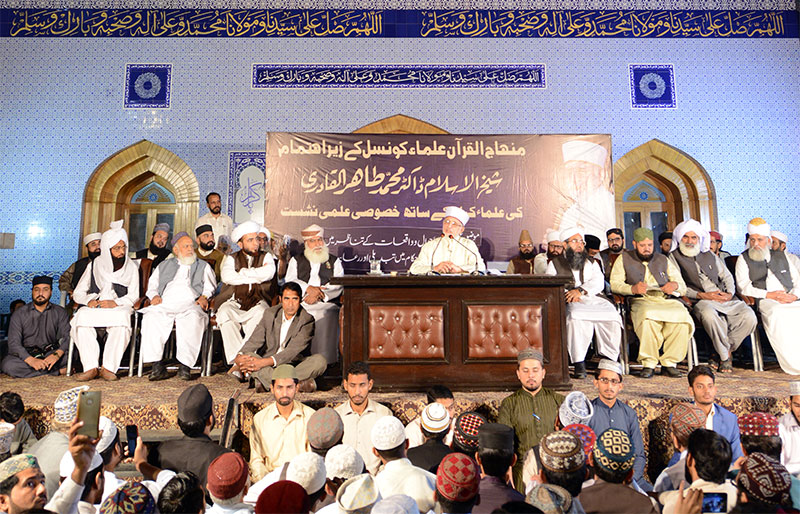 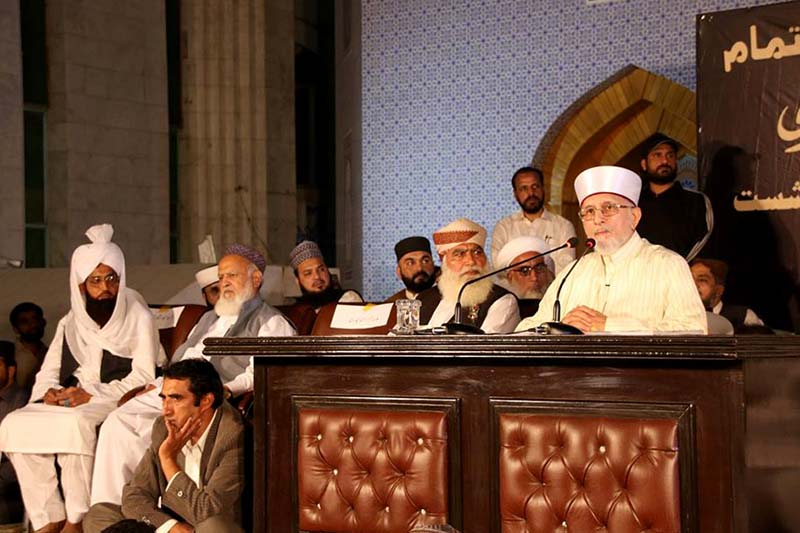 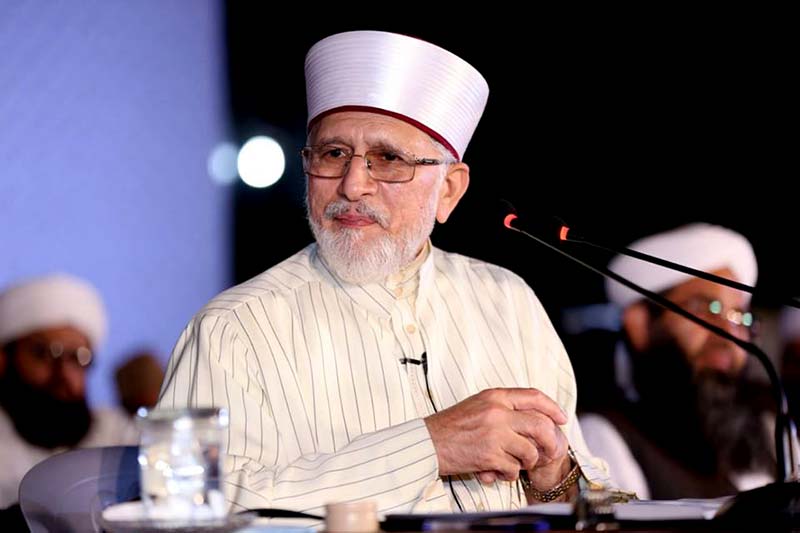 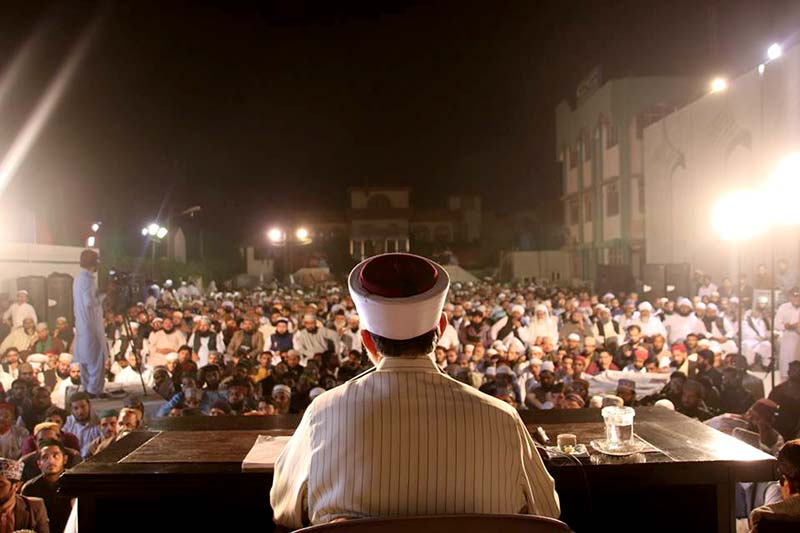 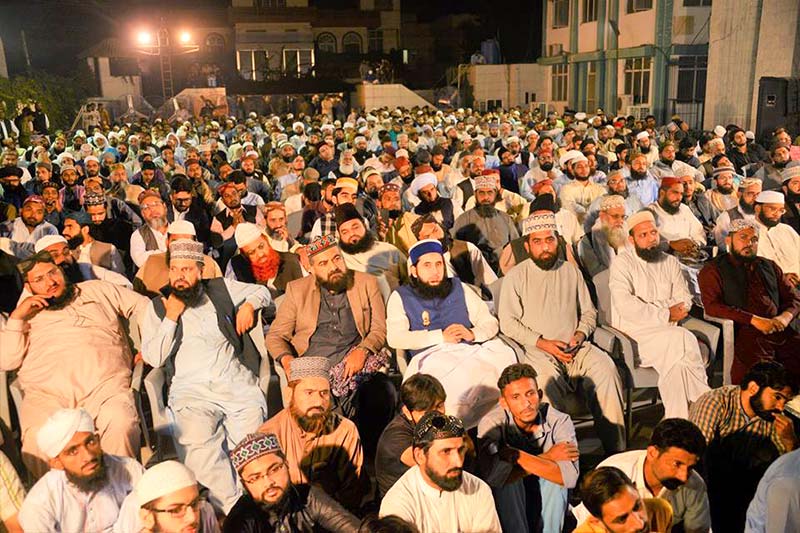 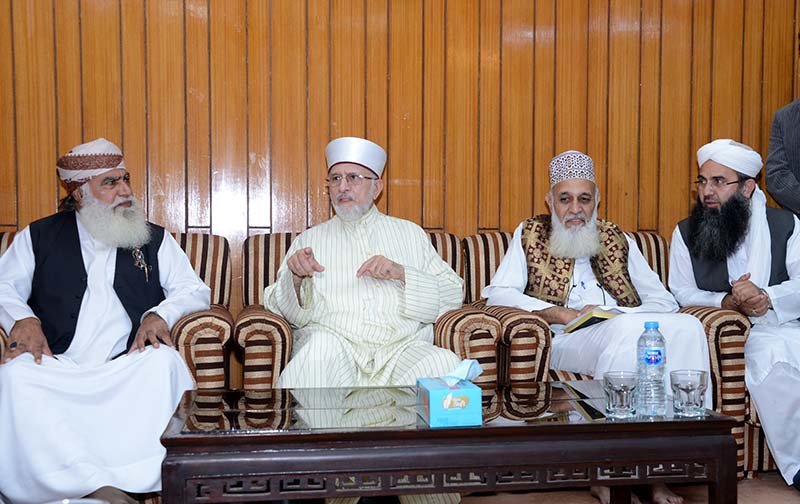 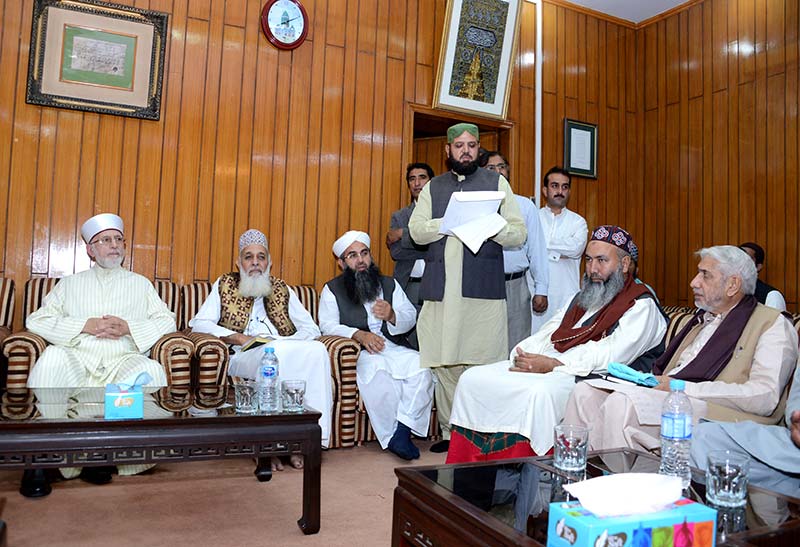 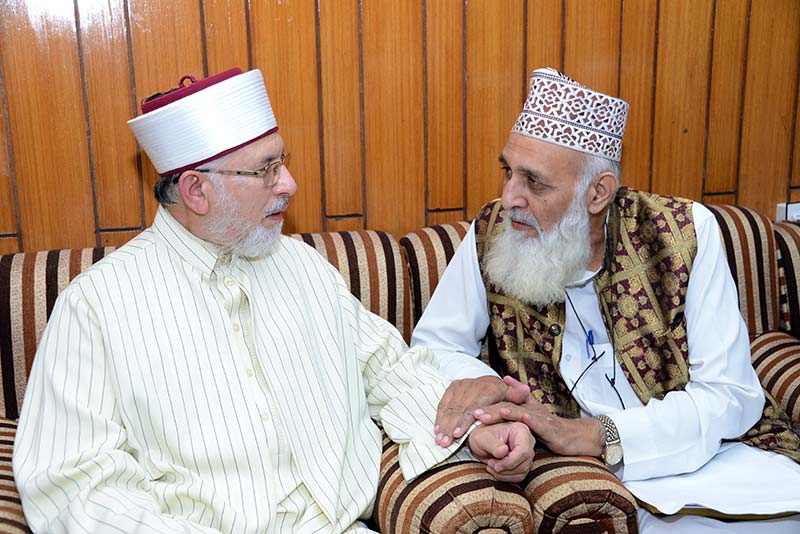 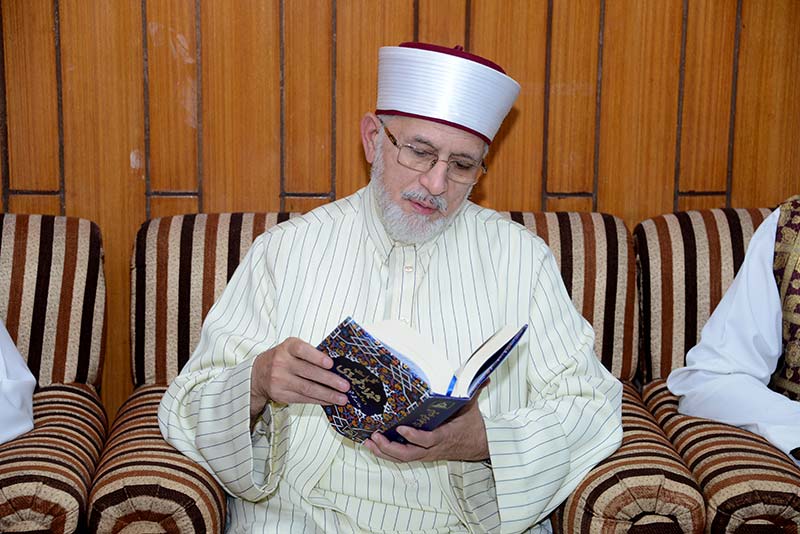 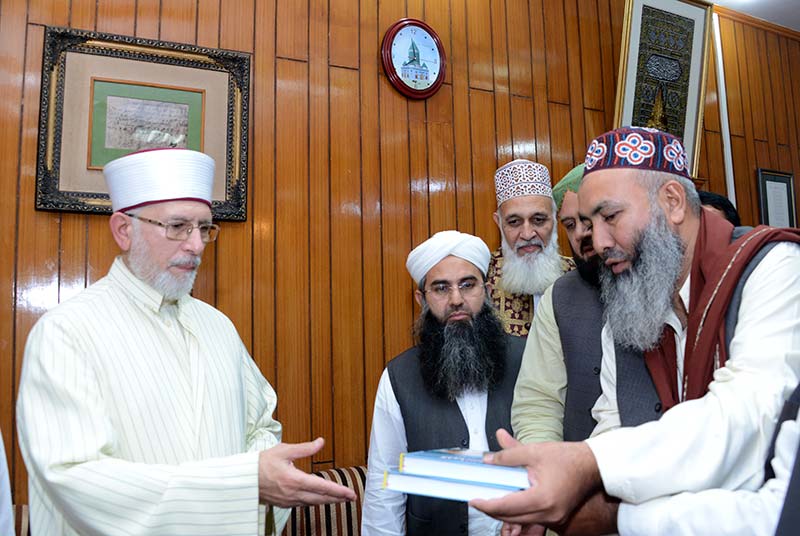 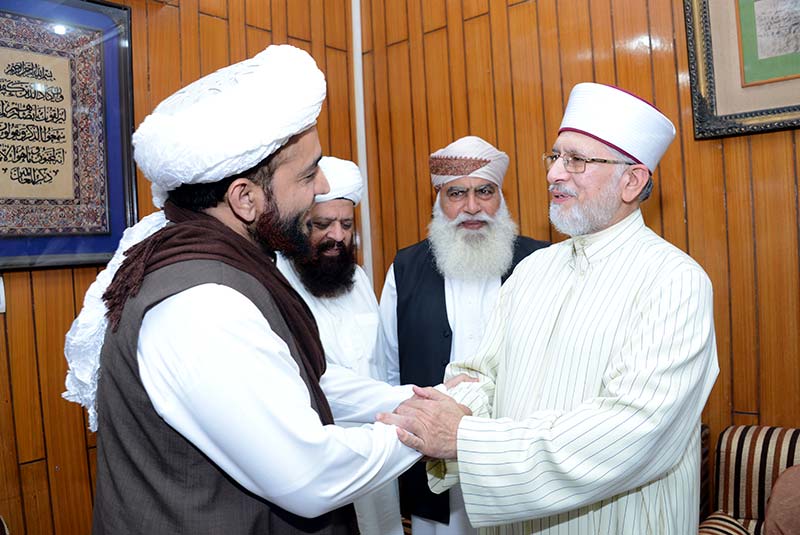