I am separating myself from the political activities of Pakistan Awami Tehreek. I am announcing my retirement. This decision comes as a result of my health issues and profound academic commitments.@PATofficialPK

Addressing a hurriedly called press conference, PAT leader Dr Muhammad Tahir-ul-Qadri has announced his retirement from the position of the party's chairmanship and the practical politics. He said that PAT will continue to work, adding that he transferred all the powers back to the elected Supreme Council in line with the rules and regulations of the Election Commission. He said that he would continue to remain focused on his research work, academic, and speaking commitments. He said he faced health-related issues as well which was one of the reasons why he decided to separate himself from practical politics.

Dr Tahir-ul-Qadri said that the struggle for justice for the martyrs of Model Town tragedy is not associated with politics, adding that 'it is part of our faith'. He said that the struggle for justice will continue unabated until the last breath of life. He said that he is unhappy over the fact that the decision handed down by the larger bench of the Supreme Court for a fresh inquiry into the tragedy was suspended. He wondered as to the backdoor powers that were protecting the killers of innocent people.

MQI leader said had those arrested in the corruption cases been in serious detention, the authorities would have made some tangible recovery. He said that it is not the punishment but settlement that informs the high-profile corruption cases. He said he never got disappointed in his life nor is he one now.

Dr Tahir-ul-Qadri said that he is not transferring the headship of the party to any of his sons after relinquishing the position of the chairman, stating that he raised voice against the dynastic culture all his life. He said that it is the power of the elected Supreme Council to run the affairs of PAT and the body is fully independent to decide its future course of action.

Dr Qadri said that PAT was established in 1989. He announced at that time that the party would take part in two elections and decide later on the basis of the experience as to the best course of action available for the reform of the system. He said PAT is the only political party of the country that continued with the process of imparting education and moral training to the people without any interruption over these decades. It set up hundreds of the educational institutions for an educated Pakistan. It also staged marches to demand reforms in the electoral system, end of corruption and for merciless accountability.

Dr Tahir-ul-Qadri said that PAT gave the idea of reforms in the institutions but regretted all other issues except the betterment of the people came under discussion on the floor of the parliament. He, however, added in the same breath that he did his part of the responsibility and that his services and intellectual guidance will be available for the country in the future as well.

Dr Qadri said that he and hundreds of thousands of his workers staged a long march to Islamabad in 2013 to demand reforms in the electoral system. He said the then government signed an agreement with PAT and admitted that the electoral system suffered from shortcomings that needed to be fixed, stating that it did not implement the provisions of the agreement later.

Replying to questions of the media men, Dr Tahir-ul-Qadri said that we waged a collective political struggle with Imran Khan. He said when he was not in power, the PTI chairman would talk about justice for the Model Town martyrs. He said it is now his responsibility as the prime minister of the country to take steps for the provision of justice to the families. He said that the PM must make sure that all the commitments and promises he made with the nation are implemented. He expressed his best wishes to the prime minister and the government in the task of implementing the promises. 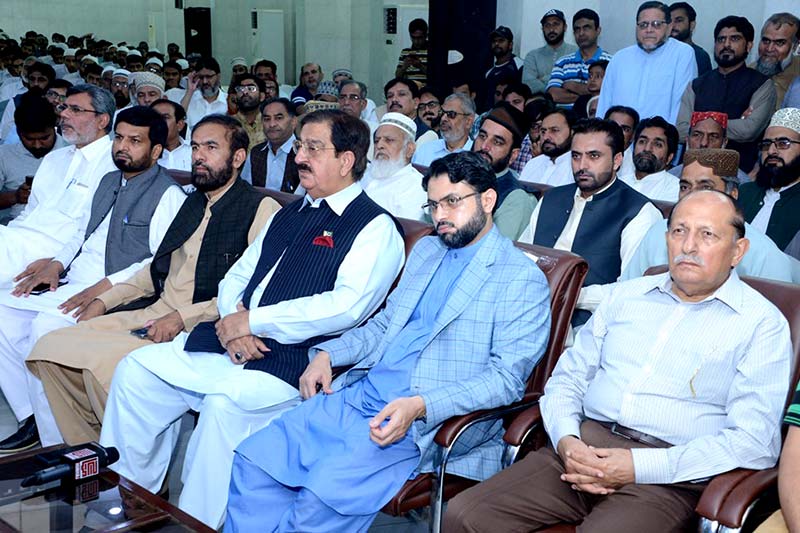 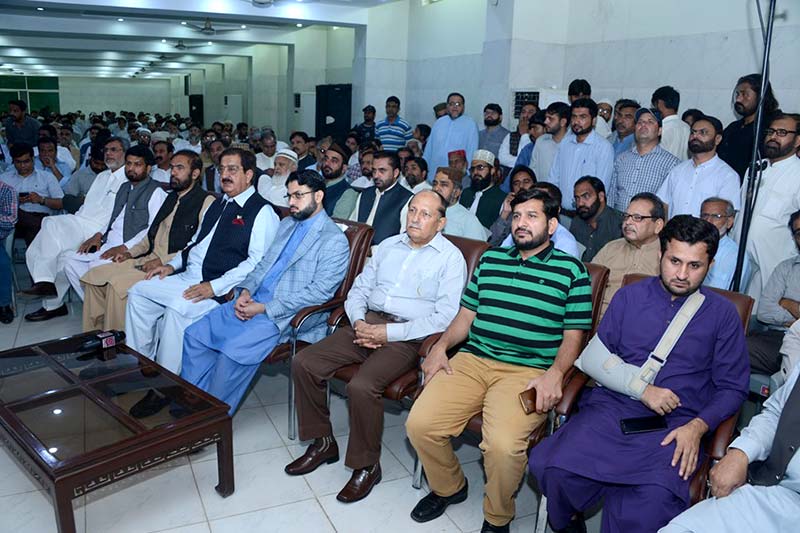 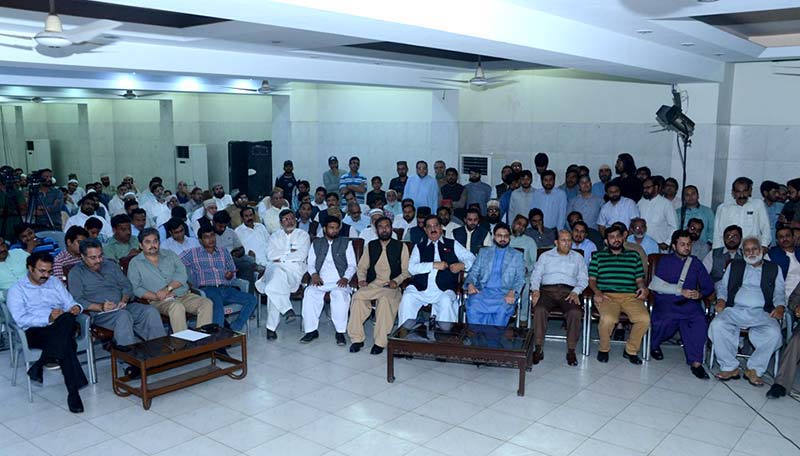 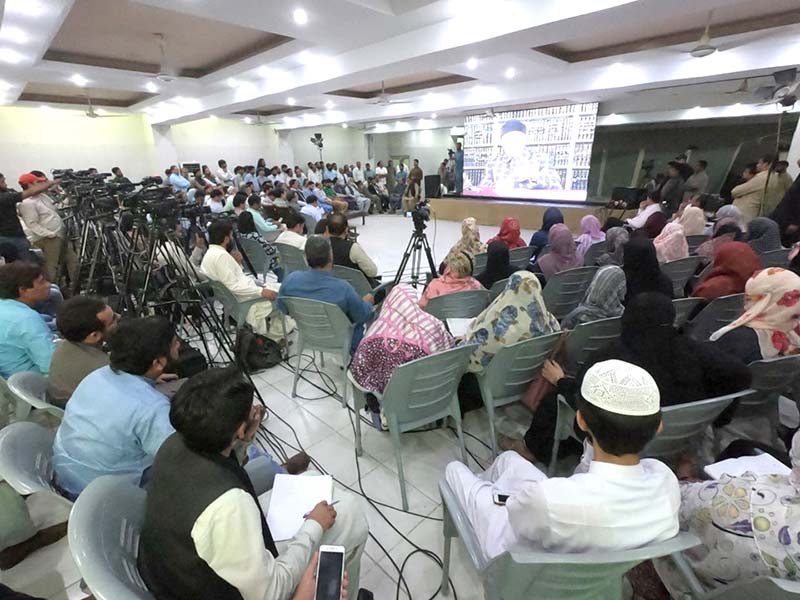 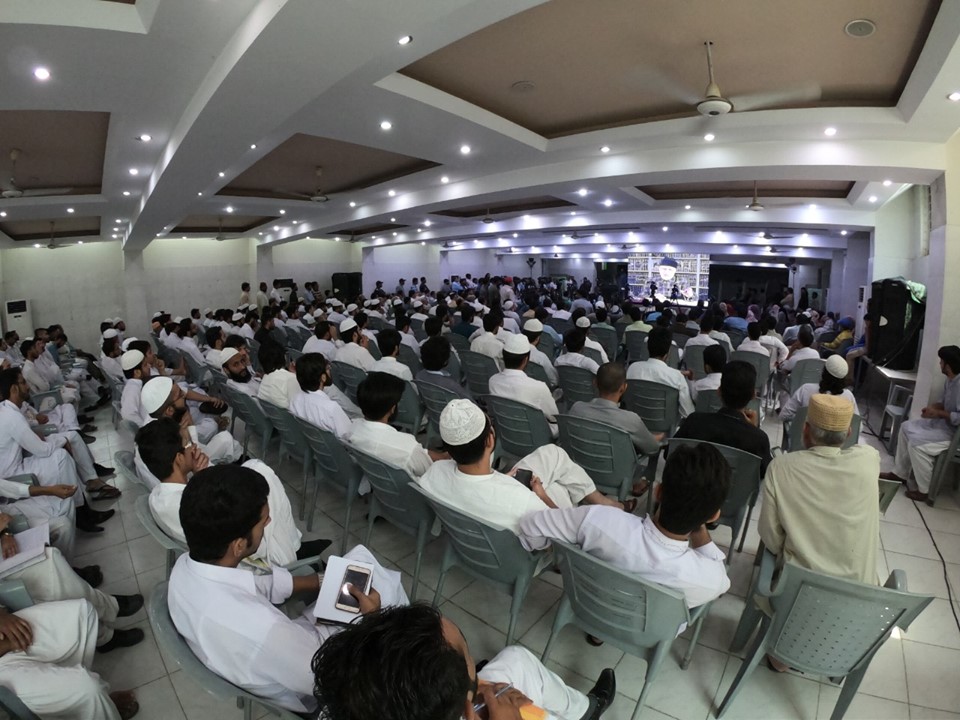