Shaykh-ul-Islam Dr Muhammad Tahir-ul-Qadri has advised that the backward areas should be given preference in all the educational projects under the banner of the MQI. He expressed his satisfaction on the feasibility of Minhaj College for Women Khanewal and directed that the work on its construction should be initiated as early as possible. He emphasized that women education is as critical as men’s in order to achieve development targets. He said that a large chunk of the population has been deprived of education when education was turned into a profit-making enterprise.

Dr Tahir-ul-Qadri said that there is a dire need to focus on education and training of the girls in South Punjab. He said that the land, which is home to Sufi saints, has been confronted with numerous socio-economic problems due to the neglect the region was subjected to by the successive governments. He advised the male and female students to be completely dedicated to the acquisition of knowledge, stating that every path to progress emanates from education. He said that welfare projects of MQI have become a source of dignified employment for the educated youth. He said that the establishment of Minhaj College for Women in South Punjab is a great gift for the people in terms of provision of purposeful education to the girls. 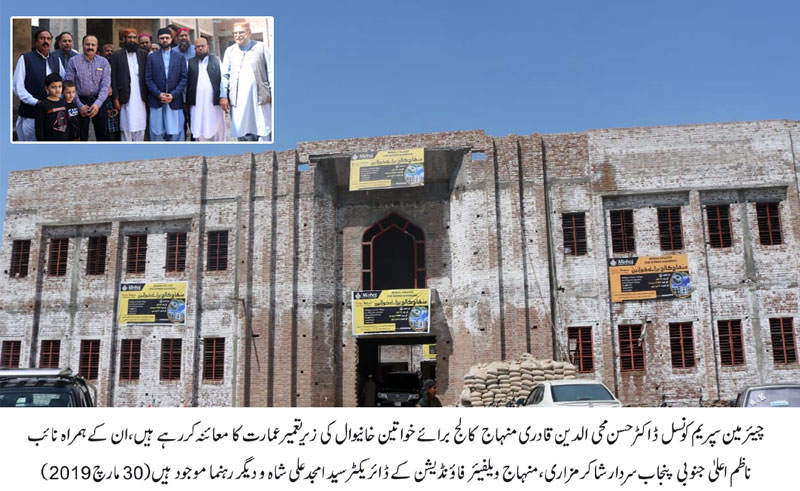