A senior-level delegation of Minhaj-ul-Quran International (MQI) led by Nazim-e-Aala Khurram Nawaz Gandapur condoled with Pir Sayyid Moin-ul-Haq and Pir Sayyid Qutb-ul-Haq in Golra Sharif, Islamabad, on the death of scholarly, spiritual and literary personality Hazrat Pir Shah Abdul Haq, popularly known as Lala Ji. The delegation also conveyed the condolence message of Shaykh-ul-Islam Dr Muhammad Tahir-ul-Qadri to the sons of Pir sahib. The members of the delegation expressed their condolences individually and then offered Fateha collectively for the departed soul.

Pay his rich tributes to the multi-dimensional services of Pir Shah Abdul Haq sahib, Khurram Nawaz Gandapur said that Pir Shah Abdul Haq was a great spiritual and literary asset of the Islamic world. He said that with the death of Pir sahib, the world of Islam has been deprived of a great scholar, a literary figure, and a spiritual mentor. He said that we share the grief of the bereaved family and the followers on his death. 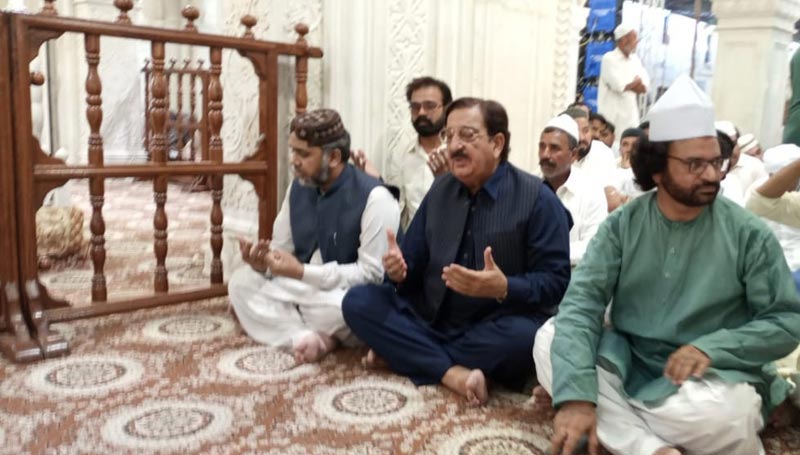