Minhaj Welfare Foundation has given the keys of the reconstructed houses to their owners after they were repaired and reconstructed. These houses were destroyed in an earthquake in Khari Sharif in Mirpur (AJK). A ceremony was held in this regard which was attended by MQI Secretary General Khurram Nawaz Gandapur, Syed Amjad Ali Shah, and the local leaders of MQI.

The owners who got their reconstructed houses expressed their gratitude to Shaykh-ul-Islam Dr Muhammad Tahir-ul-Qadri. They said after Allah Almighty, it is Minhaj Welfare Foundation that came to their rescue and wiped their tears. They expressed their best wishes and prayers for MWF and its welfare operations.

Expressing his views, Khurram Nawaz Gandapur said that the volunteers of MWF come to the rescue of the people whenever there is a difficulty. He said MWF UK has also been at the forefront to help the affectees. He said that the services of Faisal Hussain Mash'hadi are praiseworthy in this regard. He prayed to Allah Almighty to protect people from natural disasters.

Speaking on the occasion, Syed Amjad Ali Shah, country head of MWF, said that survey teams visited the affected villages soon after the earthquake. He said we provided immediate relief to the people and for those whose houses were destroyed, we took it upon ourselves to rebuild them, stating that by God's mercy we have been able to return the reconstructed houses today.

Syed Amjad Ali Shah said that we have not done favour to anyone by delivering services to the affected people. He said there is Hadith that says that the believers are like a human body. When one organ feels pain, it aches the whole body. He said our faith becomes complete only when we feel the pain of other human beings. He said we have tried to do our duty in light of this Hadith.

Syed Amjad Shah said that Shaykh-ul-Islam Dr Muhammad Tahir-ul-Qadri remained in touch and got periodic updates from us about the work on the reconstructed houses. He said MWF played its role under the guidance and directions of Chairman MQI Supreme Council Dr Hassan Mohi-ud-Din Qadri. He told the audience that the affected families have been given their reconstructed houses in the villages of Chabrian, Tarnaal, Dophali, Mughalpura, and Afzalpur. 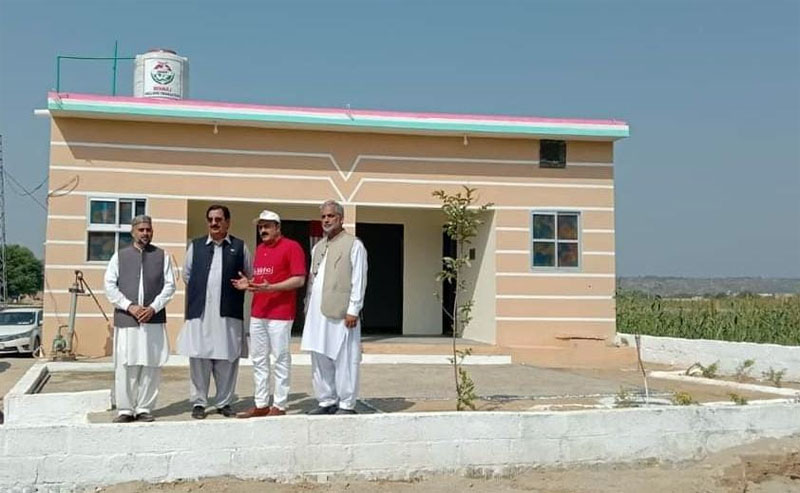