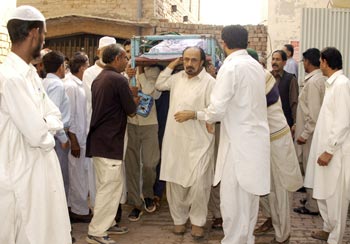 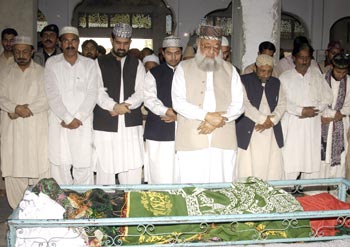 Central Amir-e-Tehreek Miskin Faiz-ur-Rahman Durrani led the funeral prayers of the departed. In addition to the central leaders of MQI, people belonging to all walks of life including different prominent social and political figures also took part in the prayers. Later on, Al-Haaj Ismail Qadri was laid to rest in the local graveyard in the presence of his relatives and people of the area.

Expressing his grief and sorrow at the death of his uncle, Dr Muhammad Tahir-ul-Qadri prayed to Allah Almighty that may his soul rest in peace. Dr Muhammad Tahir-ul-Qadri said that late Al-Haaj Ismail Qadri was a pious and practising believer who had devoted his life for the service of religion. After the funeral prayers, the delegation led by Shibzada Hussain Mohy ud Din Qadri went to the house of late Haji, condoled with the family and offered Fatiha. 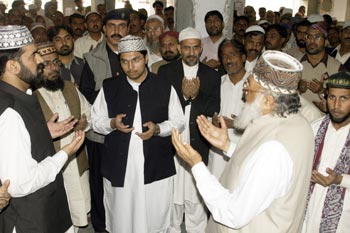 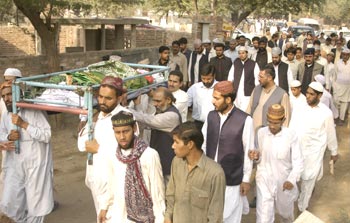