Inauguration of FM Radio 103.1 and Mosque in MQI Nelson 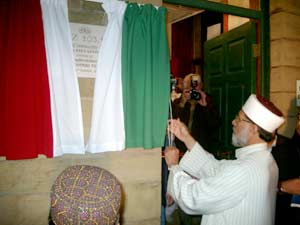 The inauguration ceremony of FM Radio 103.1 and Mosque was held a few days ago under the banner of Minhaj-ul-Quran International, Nelson. By unveiling the plaque installed in the courtyard of the mosque, Shaykh-ul-Islam Dr Muhammad Tahir-ul-Qadri performed the inauguration of mosque. In addition to this, Dr Muhammad Tahir-ul-Qadri also inaugurated the launching of Community FM Radio known as "Awaz" by cutting the ribbon. Congratulating all the members of MQI Nelson, Shaykh-ul-Islam said that it was the only centre of Minhaj-ul-Quran in UK, which constructed second new mosque in Nelson by purchasing the land.

The inauguration ceremony was attended by hundreds of people from across UK including religious scholars. Addressing the ceremony, Shaykh-ul-Islam Dr Muhammad Tahir-ul-Qadri said that every one of us wished that our children offered services for their religion and country but we have not provided them with enabling environment. If we want to train our offspring on good lines, we need to set our own house in order both individually and domestically. Equipping oneself with religious education is as important as seeking modern education for this purpose. 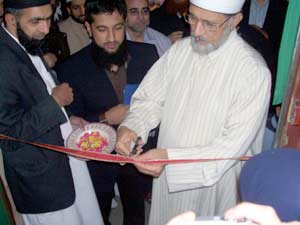 Shaykh-ul-Islam said that people have the habit of getting annoyed at petty matters and regard it as a necessary condition of their forceful personality. But the state of saintliness can be achieved only when people purge themselves of feelings of anger and other vices. One can attain to the position of a spiritual mentor if one is able to keep his anger subdued within the confines of his personality. Unfounded anger not only impacts adversely upon the personality but also spoils the domestic peace.

Shaykh-ul-Islam said that the real success lay in treading the path of Islam and no saint and prophet was saved from facing difficulties and forces of resistance. There has been no prophet or saint in the annals of history who did not have his detractors and worst critics but these holy friends of Allah performed the task of training the society with great wisdom. They would keep the feelings exciting anger under their control and forgive people for their mistakes. Today situation has come to such a pass at the social level that not only are we ready to boycott our kith and kin at small mistakes but even if we forgive them, we do not let go of these things from our heart. He said that Allah Almighty is so Merciful that He erases all the sins of a person who repents of his sins and asks for His forgiveness. But we make repeated mention of mistakes of our friends, thus adding to the strain and stresses in mutual relationships. 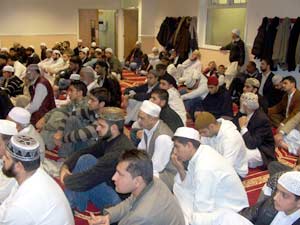 He said that saintliness is not merely worship or wearing of particular attire. Rather it is all about morality and good manners, which a seeker achieves as a gift of his worship from his Lord. He also urged the religious scholars to make earnest efforts in order to present the true picture of Islam in this age of materialism. "For this, religious scholars have an important role to play", he said.

Shaykh-ul-Islam advised the people to eliminate feelings of anger and jealousy with their conscious effort and not through some "wazifa". He said that if our relatives treated us well and we paid them back in the similar manner, it is only returning the good. And if someone displayed jealousy and anger for a person and this did not excite the reactionary feelings of anger, it is the saintliness. He said Allah loves those who do favours upon others and if we want Allah Almighty to love us, we should mould our lives in the similar manner as He wants us to.

At the conclusion of the ceremony, shields and certificates of appreciation were distributed among those who rendered valuable services for launching FM Radio and opening of mosque. Allama Shams-ur-Rahman Aasi conducted the proceedings, while Haji Muhammad Yousuf, Haji Ghazanfar Ali, Haji Ahmad Raza, Haji Muhammad Iqbal, Rana Farooq Alim, Qari Muhammad Saeed Hashmi, Sagheer Akhtar and others played their part. The ceremony concluded on offering of prayers. 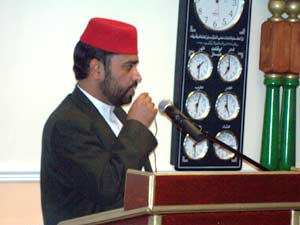 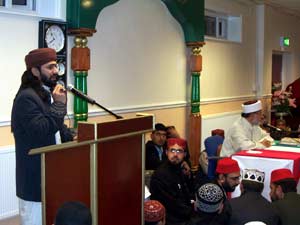