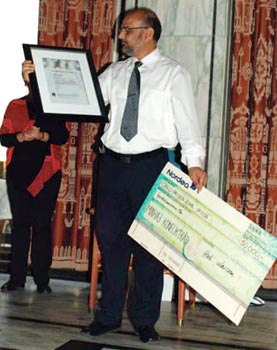 Oslo Local government gives an annual award “Oxlo Price” every year to a local organization of Oslo city in recognition of its efforts done for the welfare and well-being of the society. Local government of Oslo awarded such organization with an honorary certificate along with a cash prize of 50,000 NK for its encouragement to carry on his welfare activities for the betterment of society.

Being a sub organization of Minhaj-ul-Quran International Norway, Minhaj Council for Conflict Resolution is ever one Islamic and religious organization who is declared for Oslo award of 2008 in acknowledgement of his extra-ordinary welfare efforts.

According to the jury’s decision, Minhaj Council for Conflict Resolution is honored with this award for its following efforts: 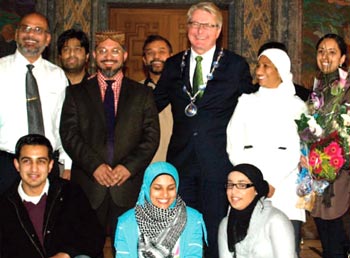 For honoring Minhaj Council for Conflict Resolution with “Oxlo Award 2008”, a marvelous function was held at “City Council Hall”, presided by Mr. Fabian Stang (Mayor-Oslo) accompanied by a large number of people including renowned official personalities of Norwegian government. Mr. Fabian Stang said in his address that services done by MCCR is the need of hour and every one should impart his role in such welfare activities so that we could be able to make this world safe, sound and peaceful.

Addressing to the audience, Mr. Ijaz Warraich (President MCCR) said that we are thankful to the Norwegian government for recognizing our efforts and honoring us with this award. We are feeling an immense pleasure on this occasion and pledged that we will always remain consistent on continuing such efforts for the betterment of the society, he added. He expressed that all the executives and workers of Minhaj-ul-Quran International are gratitude to the Norwegian government for this encouragement. 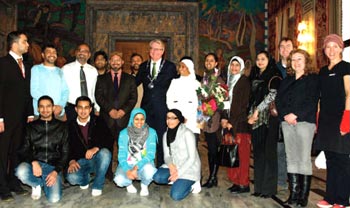