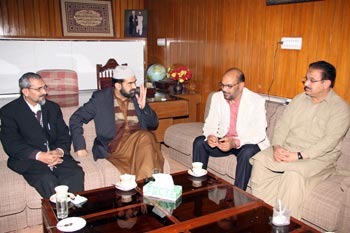 Mr. Ijaz Ahmed Warraich, Minhaj Council for Conflict Resolution Norway, visited the central secretariat of MQI. Upon arrival, G.M. Malik, Director Foreign Affairs, Mr. Shakeel Ahmed Tahir Deputy Director Foreign Affairs welcomed the respected guest in the Directorate of Foreign Affairs. He visited different departments and directorates of MQI including Minhaj University, Tahfeez-ul-Quran Institute and Aagosh (Orphan Care Home). He also held a meeting with Secretary General Dr Raheeq Ahmad Abbasi and G.M. Malik and apprised them of organizational work in Norway. Dr Raheeq Abbasi and G.M. Malik applauded his services as president of Minhaj Council for Conflict Resolution Norway and congratulate him upon receiving the Oslo award. They asked them to put in more efforts for projection of interfaith harmony and dialogue among followers of different faiths.

Speaking at the occasion, Mr. Ijaz Ahmed Warraich said that he was immensely impressed by the huge structure and dynamic work being undertaken by the Secretariat under the leadership of Shaykh-ul-Islam Dr Muhammad Tahir-ul-Qadri. He said he would convey his feelings and impressions to his associates back in Norway to work vigorously for MQI. 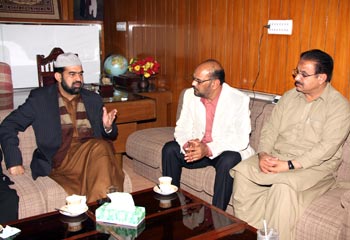 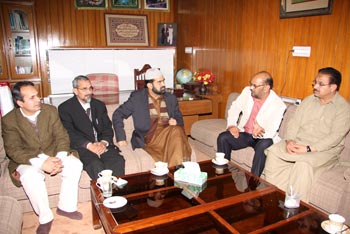