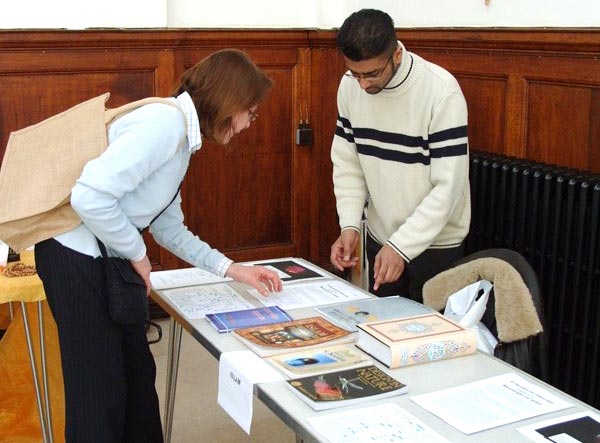 Minhaj-ul-Qur’an International London was invited to represent Islam at the International Day of Faith and Culture held at Penrose Community Centre, Islington in London on 24th March 2009. A stall was arranged where literature and books were put on display for people to take for free. Attendees visited the stall with keen interest to learn more and seek awareness on issues related to a faith which is greatly misunderstood in the West. Brothers Imran Yunus and Rafiq Ahmad spoke to visitors to give them a better understanding of Islam. Many visitors were well aware of Sufism and specifically poetry by Rumi whose literature was stocked on the stall. Other faith tables included Interfaith, Catholic Christian, Buddhist, Hindu and Jewish. Displays included Fairmount Norway, FIPTS Egypt, Verena/ Deanna Italy/Scotland, Holloway Road - Trinidad and Tobago, New Hope – Barbados and Jigsaw – Nigeria. Egypt Stall Trinidad and Tobago Stall. The venue was open for public to visit the different faith and cultural stalls to expand their religious awareness. 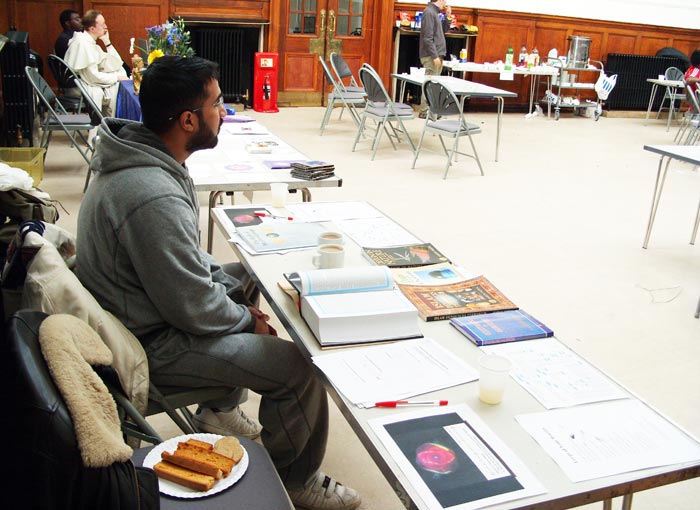 Barbados Stall the second part of the day consisted of practical demonstrations and speeches by the participants. This began with a Brazilian Capoeira demonstration of song and dance whose grace captivated the audience. It is actually a martial art disguised as a dance which had been formulated during Brazil’s colonial period by local inhabitants opposed to the colonialists. The Reverent Cailean of the Interfaith Group then spoke of what he described as the blessings of interfaith work (below). Penrose staff and service users read out short poems followed by another short message by a Catholic priest (right). Jason (left) chaired the meeting and introduced each presenter. 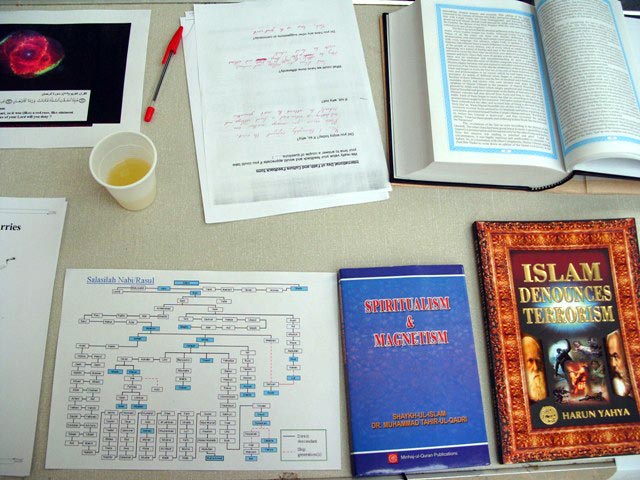 Rafiq Ahmad (above) spoke last to explain the basic tenants of Islam. He cited examples of the relationship between Islam and Africa since many attendees from the Afro-Caribbean community were present on the occasion. He pointed out that many of Africans who were taken as slaves to the Americas were actually Muslims. When a law was passed allowing slaves to gain their freedom by writing the Lord’s Prayer, some of the Muslim slaves wrote the first chapter of the Holy Qur’an, Sura Fatiha in Arabic. The slave masters were unaware that the writings were from the Qur’an but still unknowingly set their captives free. He also mentioned that foods and spices found in the Sub-Continent were also used in the West Indies and that these had the common link of Muslim merchants. He said to the audience that Muslims have for the most part of history lived in peace and tolerance with other faith communities. He cited the example of India where 150 years ago, communal violence between Hindus and Muslims was virtually unheard of. 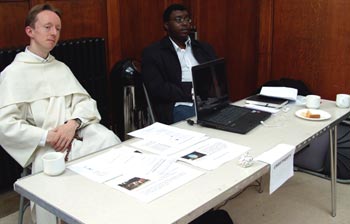 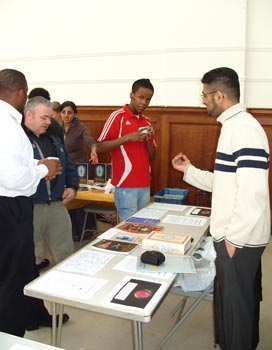 Rafiq also pointed out that the venue was in Islington which was very close to Highbury where Arsenal Football ground is located. The word “arsenal” – he explained – also came from Muslim Spain and Arabic which shows the closeness that Islam and Muslims had even with the British Isle. After highlighting the legacy of Islam in Spain, he concluded his remarks by thanking the organizers and encouraging them to continue interfaith and intercultural work to help improve relations within the community.

He said that Minhaj-ul-Qur’an International with the teachings of its spiritual and saintly guide, Dr Muhammad Tahir-ul-Qadri is always ready to encourage and work with a view to promote harmony and understanding. A performance by the Cardboard Citizens Choir (right) brought the programme to an end. The organisers of the function met each others and shared their views on religious diversity. Imran met Khalid Sadi, one of the main organisers who is a member of the Muslim Youth League and one of his colleagues working with him at the Penrose Community Centre (left). Rafiq exchanged ideas with the Catholic Priest (right). Lots of thankful and positive feedback was received by the organizers for the stall and presentation arranged by Minhaj-ul-Qur’an International London to project the true image of Islam which is based on love, peace, forbearance, harmony, cooperation and protection of human rights. Imran and Rafiq thanked Khalid and Jason for inviting Minhaj-ul-Quran International to represent Islam at this event. 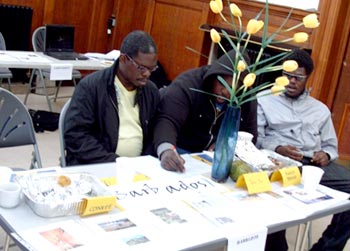 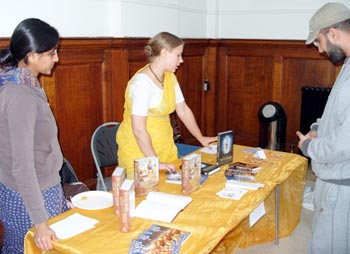