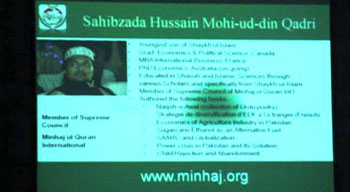 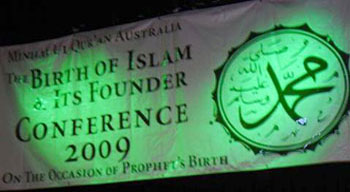 Hundreds of Muslims visited the Redgum Function Centre in Wentworthville, Sydney, Australia on Saturday, 11th of April 2009, for a prestigious celebration conference to mark the birth anniversary of the Prophet Muhammad (SAW). The Birthday is celebrated by millions of Muslims around the world via recitation of Naat and programs of Mawlid-un-Nabi (SAW). The day is a national holiday in Syria, Libya, Egypt, Morocco and Pakistan among other countries and is traditionally referred to as Mawlid al-Nabi. 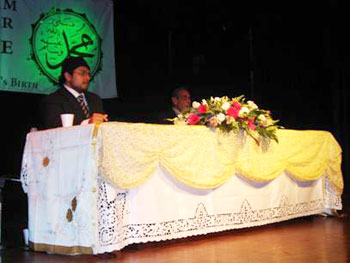 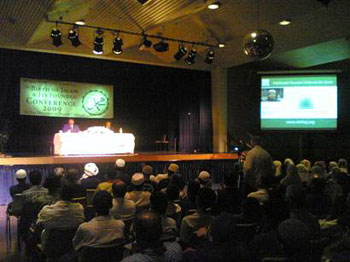 The conference was addressed by a well known Australian guest speaker Al-Shaykh Dr. Mohsen Labban, the founding leader of Australia Forum, which is one of the several Muslim community organizations working in Australia . Shaykh Dr. Labban emphasised on the importance of celebrating the Birth of Prophet Muhammad (SAW). He said: "I feel very happy to be here. Celebrating Mawlid-un-Nabi (SAW) is one of the best ways to strengthen your relationship with the Holy Prophet (SAW)". He also said: "Allah Himself celebrates His last messenger’s birthday alongwith all the angels." He congratulated Minhaj-ul-Quran Australia for celebrating the Birth of Prophet Muhammad (SAW) in a great and unique way. 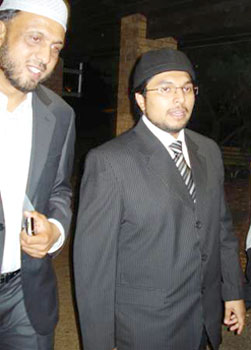 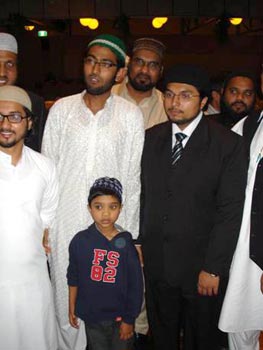 The chief guest for the conference was Sahibzada Hussain Mohi-ud-Din Qadri, member of Supreme Council Minhaj-ul-Quran International (MQI). During his speech on “The message of peace and unity”, he said, "the Holy Prophet (SAW) was a prophet of peace and love. During his life on this world, the humanity witnessed a degree of peace and prosperity that was never known before". He said that the religion Islam has three basic ingredients: Eimaan (derived from the Arabic word ‘Amn’), Islam (derived from ‘Silm’), and Ehsaan (derived from ‘Husn’), which all mean “peace, security and beauty with excellence.” He said, “How can we expect such a religion to preach killing and hate each other and teach its followers to disrespect other religions and communities living in this world”. He further said that whatever the image of Islam is being presented today by less than one percent so-called extremist Muslims today has nothing to do with the actual Islamic image given by Rasoolullah (SAW) 1400 years ago. He said, “Prophet (SAW) gave the Islam which believed in peace, love, and knowledge and nothing else.” He quoted Qur’an saying that Islam doesn't mean compulsion, hardship or forcing anything upon the people, rather it believes in giving easiness and flexibility to each other.

Sahibzada Hussain Qadri said that Minhaj-ul-Quran International has taken the three basic objectives and elements of Islam known as peace, love, and knowledge as its goals and mission to spread them all over the world. He concluded his speech by congratulating the management of MQI Australia “to hold such a beautiful gathering on the occasion of Mawlid-un-Nabi (SAW)” and prayed that “may this celebration be accepted in the court of the Prophet (SAW).” Sahibzada Hussain Qadri travelled from Melbourne and arrived in Sydney the day before the conference.

Sahibzada Hussain Mohi-ud-Din Qadri is the son of the foremost authority of Islam Shaykh-ul-Islam Dr Muhmmad Tahir-ul-Qadri – founder and patron-in-chief of the Minhaj-ul-Quran International Organisation, the world’s largest non-governmental organisation. Before his address, Dr. Shams-ul-Arifeen, Secretary General MQI Australia introduced him and Allama Ahmad Hussain, member executive committee and Nazim Tarbiyyat MQI Australia presented an exclusive introduction to Shaykh-ul-Islam Dr. Tahir-ul-Qadri and the Minhaj-ul-Quran International Organisation and their achievements and services for the education, peace and betterment of humanity. 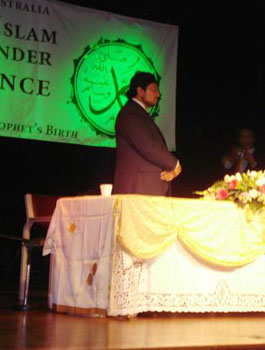 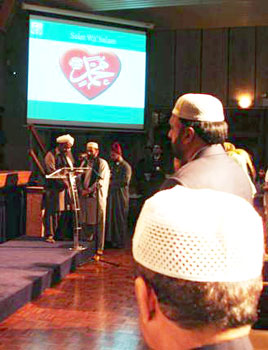 There were a lot of Naats and Duroods presented on the Holy Prophet (SAW) during the conference by several local Naat reciters including Shafique Khan, Malik Nazr ur Rehman, Haji Amjad Ali, and Riaz Shah. Riaz Shah recited a very famous Urdu naat written by Shaykh-ul-Islam Dr. Qadri, “Tere hote janam liya hota” meaning “I wish I was born when you (the Prophet) were there.”, which brought people to tears and increased their love for the Prophet (SAW). 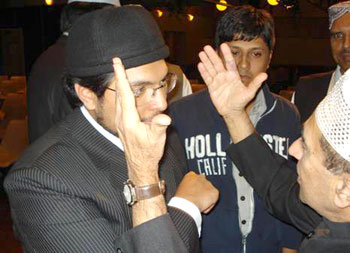 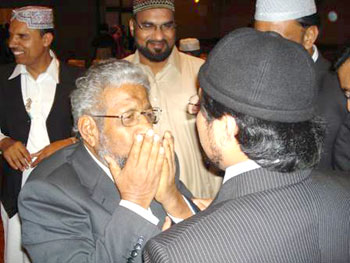 The people who came from different parts of Australia including Sydney, Melbourne, Brisbane and others to attend the conference, expressed their happiness and delight to be part of this successful celebration event. Many people who understand and love the message of Minhaj-ul-Qur’an International and respect Shaykh-ul-Islam Dr Muhmmad Tahir-ul-Qadri and his services but have never met him in person, were very excited to see his son Sahibzada Hussain Mohi-ud-Din Qadri in Sydney and prayed for him as well as for Dr. Qadri.

After the final Salat-o-Salam and Du’a, the chief guest visited MQI Australia’s Audio Visual Stall where dozens of books written by Shaykh-ul-Islam Dr. Tahir ul Qadri and his video lectures on hundreds of different topics were available for the benefit of attendees. The program concluded with the dinner arranged by Minhaj-ul-Quran Australia . 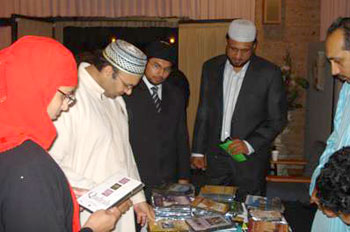 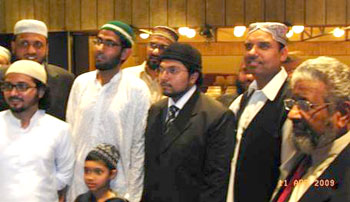