Performance report of last meeting was put forward and discussed in detail. The participants discussed the deteriorating law and order situation in the country. The central leaders of different political parties demanded of the government to establish peace in the country. They said that immediate steps needed to be taken in order to ensure the rehabilitation of Swat and Malakand affectees. The participants appreciated Minhaj-ul-Quran International for its initiative to bring different elements of national opinion under one platform.

Addressing the meeting, Sheikh Zahid Fayyaz said that religious and political parties would have to join their forces for the sake of peace and harmony in the county. He said that MQI had established National Peace Council under the instructions of Shaykh-ul-Islam Dr Muhammad Tahir-ul-Qadri. The establishment of peace is now uppermost on the agenda of MQI with the cooperation of all political parties. He said that those using terror and suicide bombing for their ulterior motives had nothing to do with Islam and the Muslims. The following decisions were taken in the meeting after mutual consultation: 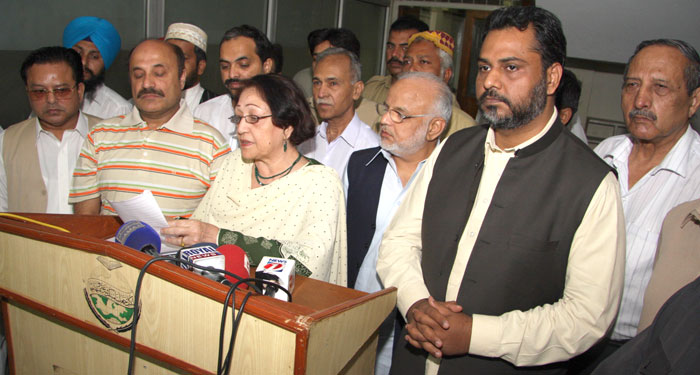 The next meeting of National Peace Council would be held on June 25, 2009 in the central secretariat of Minhaj-ul-Quran International in which leaders of different political parties would participate. The meeting would discuss and identify the major causes of terrorism and work out contours of national strategy against terrorism based on consensus and in accordance with our national aspirations. The meeting concluded on Dua.