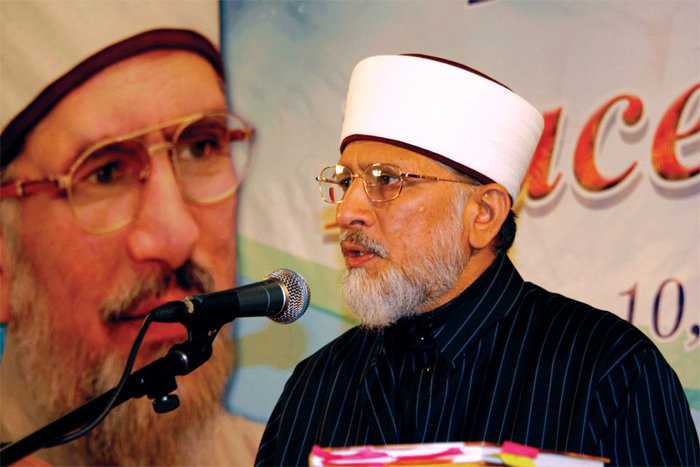 Attended by a large number of workers, associates and office holders of Scandinavian chapters of Minhaj-ul-Quran International, Peace & Integration Conference was held from July 10 to July 12, 2009 under the banner of Minhaj-ul-Quran International Oslo with the cooperation of MQI European Council. A caravan of MQI Denmark comprising more than 250 people attended the program. Besides this, people from Sweden, Finland, Germany, Spain, France and England also participated in the Workshop. Shaykh-ul-Islam Dr Muhammad Tahir-ul-Qadri, under whose patronage the program was held, also delivered his talk to the participants on training-related matters. 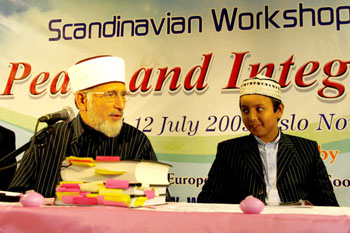 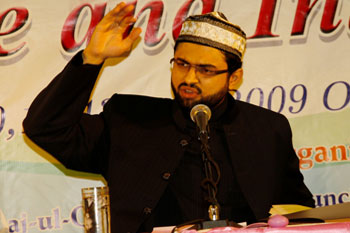 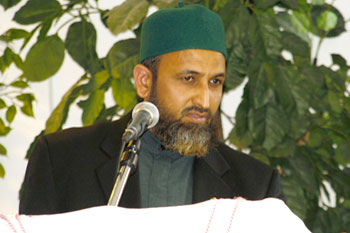 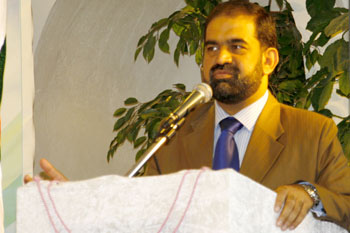 Shaykh-ul-Islam Dr Muhammad Tahir-ul-Qadri said that Islam espoused and promoted peace and harmony and has ordained its followers to become the source of peace for those around them. Some misguided people were bringing a bad name to Islam and peaceful Muslims through their actions. However, presence of such fringe elements should never be construed as being the representation of Islam's message and thought. Dr Muhammad Tahir-ul-Qadri, whose services for promotion of interfaith dialogue and harmony at the global level are recognized, urged the West to start a dialogue with the mainstream Muslims at an institutional level to help curb extremist tendencies. A documentary film of ‘Aagosh’ (Orphan Care Home under Minhaj Welfare Foundation) was also shown on a big digital screen. Sahibzada Hassan Mohi-ud-Din Qadri delivered argumentative, logical and thought-provoking Juma address on the topic of ‘relationship with the Holy Prophet (saw).

The formal proceedings of the camp got underway with recitation from the Holy Quan by Qari Zaheer Ahmad followed by recital of Naat by Minhaj Naat Council Denmark. Shaykh-ul-Islam Dr Muhammad Tahir-ul-Qadri delivered special address to the training session. 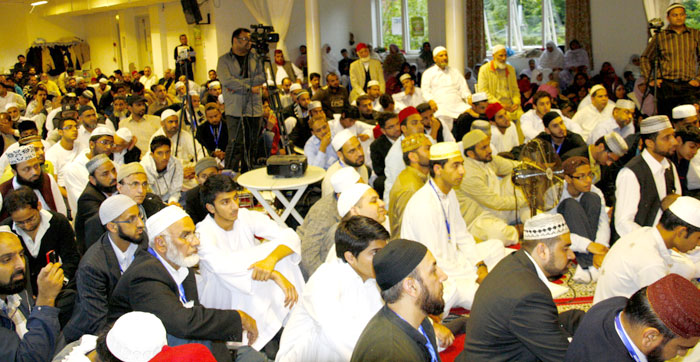 Shaykh-ul-Islam Dr Muhammad Tahir-ul-Qadri said in this speech that only that journey undertaken for the sake of knowledge is blessed in which knowledge learnt is implemented in practical life. He said that the Prophets, saints and blessed people of Allah would undertake frequent journeys to the distant and far-off places for the sake of knowledge because whatever a person can learn during journey, he cannot do the same while staying at the same place. He said that little importance should be given to facility because it is part of training. He said that we were on a journey in our lives and we should not lose sight of our final journey. He urged the participants to love Allah intensely because love does not admit of polytheism. Whenever Allah talks of love, He does not want this love to be devoted to Him alone. Rather He includes the love for the Holy Prophet (saw) in this whole. 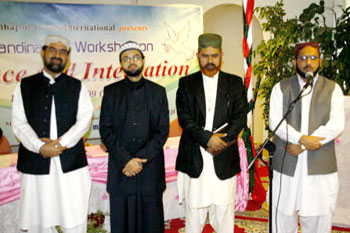 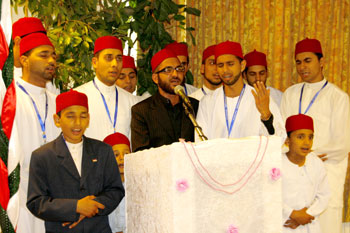 Shaykh-ul-Islam said that man was also a traveler and we should try to get rid of love for the Satan by replacing it with love for Allah and His Prophet (saw) so that our conditions both internal and external could undergo transformation. Allah Almighty eliminated any difference in the realm of love and brought down wall that might separate it. The first sign of faith is that love of Allah and His Prophet (saw) should be superior to any other kind of love in the world. Allah Almighty did not adopt this style of description for any one else. He did not mention the name of any other creation with His Name and ordain His subjects to hold it superior to others. It is only lawful for the person of the Holy Prophet (saw). He in fact eliminated difference in the domain of love that love for no other object should be intense except for both of them. 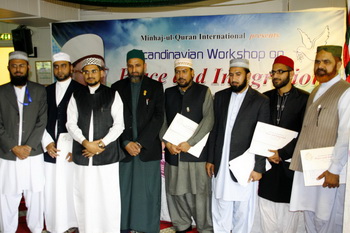 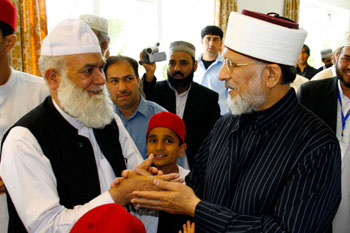 Two Norwegian people embraced Islam at the hands of Shaykh-ul-Islam Dr Muhammad Tahir-ul-Qadri in the training camp. It was announced after the Juma prayers that a Norwegian woman wanted to get into the fold of Islam and wanted to acknowledge it in front of everyone present there. The woman was brought main hall fully dressed in Islamic veil and she accepted Islam at the hands of Shaykh-ul-Islam. A large number of people were present in MQI Oslo Islamic Center. 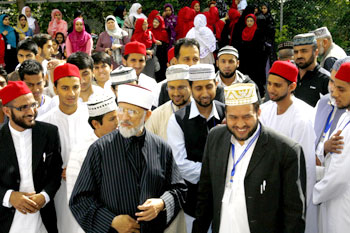 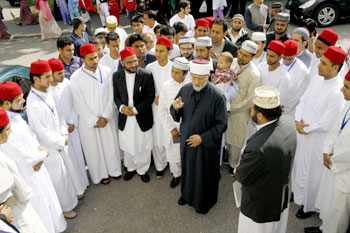 Shaykh-ul-Islam Dr Muhammad Tahir-ul-Qadri asked the woman in English language whether she was embracing Islam out of her free will or under coercion. She replied that she was accepting Islam willingly and out of her free volition. Shaykh-ul-Islam then administered Kalma to the woman and briefed her about basic pillars of Islam and beliefs. She was renamed as Zainab. In the similar manner, a man also accepted Islam at the hands of Shaykh-ul-Islam Dr Muhammad Tahir-ul-Qadri. The newly converted Norwegian was renamed as Ahmad Hussain at that occasion.

A meeting presided over by Shaykh-ul-Islam Dr Muhammad Tahir-ul-Qadri and attended by office holders and worker of MQI decided to establish ‘Halq-e-Durood’ at forty different places in the city. The duration of one such session would not be longer than two hours and forty sessions would be held at different places in every week.

Talking to the people at the occasion, Shaykh-ul-Islam Dr Muhammad Tahir-ul-Qadri said that this step would help promote the message of MQI and strengthen the weakening spiritual relationship of the Umma with the Holy Prophet (saw). “This is how the broken relationship would not only be repaired but the worries of people would also be lessened,” he concluded.