An evening of remembrance of Al-Hidayah 2009 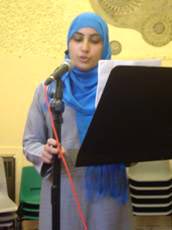 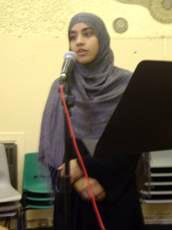 A follow up event was held on 20th August 2009 to bring together the sisters which took part in Al-Hidayah from the Midlands, which was held at Sparkbrook Community Centre, Birmingham.

The event started with the beautiful Quranic recitation by sister Ifra from Birmingham. This was followed by the praise of the Holy Prophet Muhammad SAW by sisters Tabassum and Kiran. 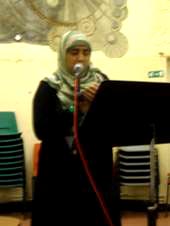 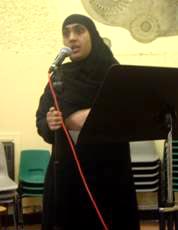 Sister Sundos from Birmingham introduced the event and highlighted the feelings of many of the attendees who likened the experience to that of performing Umrah, in the sense that they are in a high state of spiritual uplift. She further talked about the importance of being in the company of a Shaykh and advised one can maintain this spiritual link by watching and listening to lecturers and reading books of their Shaykh. 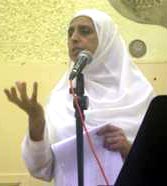 Sister Gulzaar gave a heart warming speech on her personal experiences of attending Al-Hidayah. Just days earlier she had fallen ill but this was all left behind and forgotten when she arrived at the Retreat. Sister Gulzaar and her daughters left the Camp feeling spiritually uplifted.

Sister Zarka from Birmingham gave an insight to the audience about her feelings and she described the whole Al-Hidayah experience as 'being magical'. 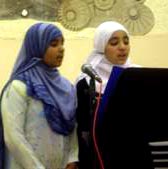 This was followed by a speech from sister Aminah from Birmingham on the importance of fasting. She highlighted the fact that it is not only about refraining from food and drink, but about the control of all desires and doing good and refraining from the bad. She also mentioned the great blessings of this month and these can be increased by praying and extra worship. She mentioned Allah SWT compares the breath of the fasting person as being better to Him SWT than any musk.

Sister Rukhsana gave a short speech in Urdu on the importance of fasting during Ramadan and her personal experiences. 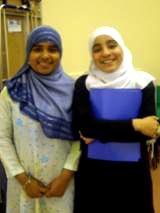 Sister Tanzeem from Birmingham gave an enlightening speech on how she felt spiritually lost after returning from the Retreat and leaving her Shaykh, she further told everyone the importance of attending Dhikr gatherings and maintaining the links with Minhaj-ul-Quran.

Irifa and Maleeha eagerly awaited sister Sundos to call them up on stage so they could read a nasheed praising the Holy Prophet Muhammad SAW.

The evening concluded with dua by sister Musarat from Walsall.