The proceedings of the meeting got under way with recitation from the Holy Quran, followed by recitation of Qaseeda Burda Sharif. In his opening remarks, Tahir Mohammed (Secretary General, MQI (NEC) UK) welcomed the guests to the meeting and thanked for their whole hearted efforts and support. After this inaugural sitting, collective prayer for the departed souls of the relatives of those associated with MQI and martyrs of Gaza, Kashmir and Iraq were offered. 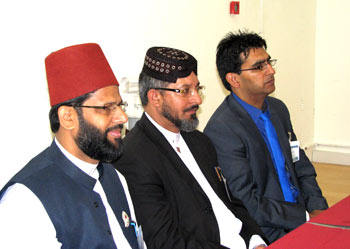 Moving on to the main agenda point Dr Raheeq Ahmed Abbasi stated that there should be week-end classes where the centres of Minhaj-ul-Quran could offer short diplomas/certificates. A unified syllabus should be made for which we must first collect all the other syllabi from all the centres. 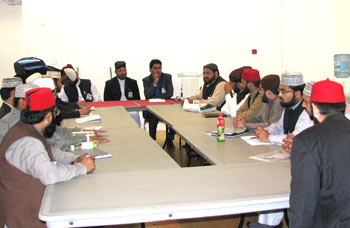