30 September to 3 October 2009
Nordic Forum for Mediation and Conflict brings together people who work with conflicts in various arenas - such as family, school, workplace, courts, neighbourhoods, and promotion of international peace. Those participating in the moots are judges, lawyers, attorneys and others who work on mediation

Wednesday September 30 2009
Reception at the Reykjavik City Hall by the Mayor
Participants from Norway, Sweden, Denmark, Finland and Iceland were welcomed by the mayor of Reykjavik. Here the participants were able to get to know each other in an informal setting. 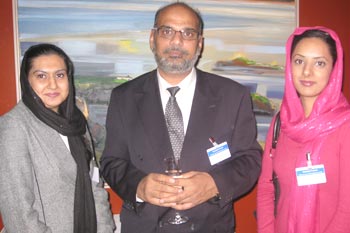 
Thursday 1 October 2009
The conference was held at Grand Hotel Reykjavik The conference was opened by the Chairman of the NFM and Sàtt, Ingibjørg Bjarbardòttir, who works as a lawyer, a mediator and was responsible for organizing this conference with the other board members from Norway, Sweden, Denmark, Iceland and Finland. 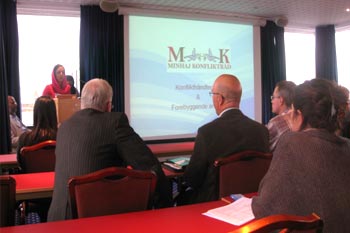 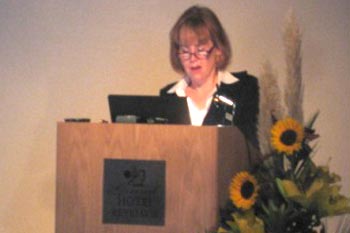 The President of Iceland, Ólafur Ragnar Grímsson, honoured his presence and delivered a speech.

Main lecturer on that day was delivered by Pia Deleuran, who is a lawyer, mediator and cand.jur.et art. She gave a speech on” The Competent Mediator- a certain profile emerging by now and what role does education play?”

Teuri Brunila was the second lecturer. He is a retired judge in Abo civil court and mayor of Finland's Forum for the mediation.

After lunch, there was a lecture by Garry Raven. Garry Raven is a 65-years-old Ojibway Indian from the Eagle clan. He lives in Hallow Water Reserve in Manitoba, Canada. He has also taught in countries like USA, Russia and Peru. At the conference he spoke about what the Scandinavian Indians call "sharing circle", how they use it and the importance of the method in the Indian culture. 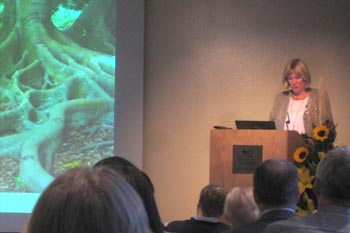 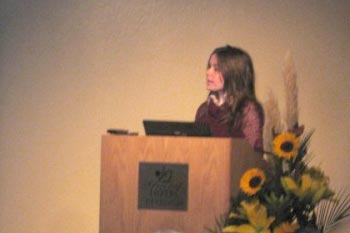 Friday 02 October 2009
Today's keynote speech was given by Katrin Jakobsdóttir, who is Iceland's minister for education, research and culture, as well as the cooperation minister for Nordic cooperation.

Main Lecturer for the day was Grethe North Helle, who is a psychologist, lawyer and mediator. She gave a presentation on the analysis of the causes of conflicts. Timo Pehrman was the next lecturer. He has master's degree in social sciences and is the education manager at Valio Oy in Finland. He spoke about the experience and research findings on restorative mediation at the workplace.

After Timo Pehrman, Annika Rjmer got the opportunity to talk. She is a lawyer, as well as a lecturer at the University of Lund. She gave an interesting presentation on "Mediation - a tool in the management of conflicts" 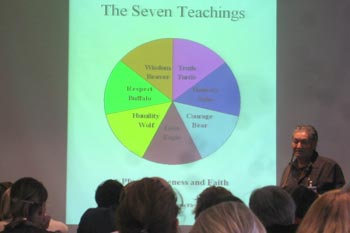 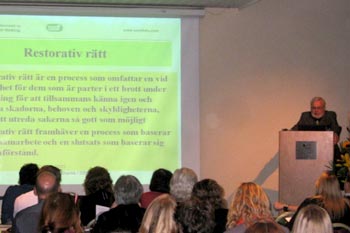 After lunch the participants had the opportunity to participate in various workshops. Minhaj Reconciliation Council participated in a workshop held by Marianne Telling and Bernt Most Lien. The topic for this workshop was”The importance of shame in conflict and conflict mediation”.

Next workshop was held by Minhaj Reconciliation Council. The Council highlighted the contributions and services rendered by it since its inception. The presentation was initiated by Iram Shaheen Yasin, who introduced the participants belonging to MRC and made the audience aware that the MRC is a voluntary organization and is a part of Minaj-ul-Quran International Oslo. 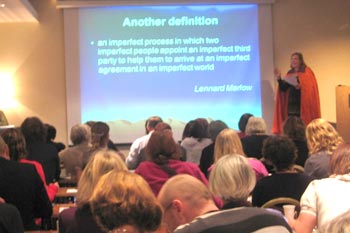 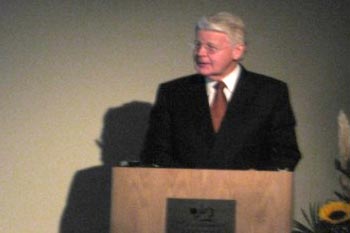 Ejaz Ahmed Waraich, President of the MRC spoke about the intent and purpose of the work done by MRC. He emphasized on Islam and on Minhaj-Ul-Quran’s philosophy in relation to socially beneficial work.

Sammia Naz threw light on the necessary expertise MRC had to acquire in order to work on conflict management and prevention. She told about the methods MRC uses in relation to conflict mediation and why it puts so much emphasis on preventive work to avoid conflicts. MRC has sustained engagement with and extends cooperation to public bodies in Norway and works closely with NGOs. Furthermore, she talked about experiences and development of MRC. 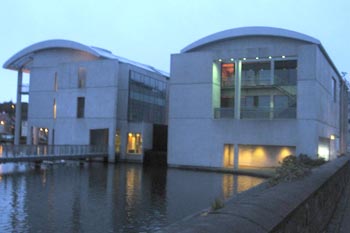 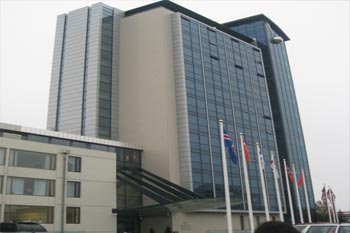 Here, MRC also got the opportunity to introduce Minhaj-Ul-Quran International and its supreme leader Shaykh-ul-Islam Dr Muhammad Tahir-ul-Qadri. It highlighted the salient features of work, role, functions and contributions of MQI and Shaykh-ul-Islam with special reference to promotion of dialogue, peace and interfaith harmony as well as welfare-oriented work across the globe under the banner of Minhaj Welfare Foundation. 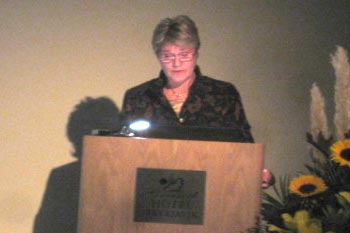 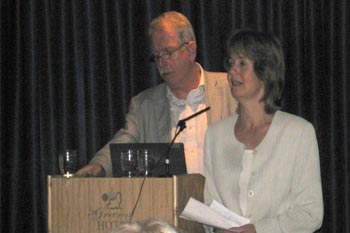 Saturday 3 October 09
The chief highlight of the fourth day was the keynote speech by Greta Gunnarsdottir, the foreign minister.

Knut Petterson and Kristin Kjelland-Mørdre - judges at the Oslo civil court held a workshop where the theme was:”Mediation has assisted negotiation, distribution negotiations and interest-based negotiations”. They ended the workshop with a film and discussion.

A general meeting to elect a new president of NFM and new board was held in the end of the seminar.

Here is a picture of the new board members of NFM, with Ejaz Ahmed Waraich, as the new head of Nordic Forum for Mediation and Conflict Management. He was elected for the next 2 years.

Speaking on the occasion, Ejaz Ahmed Waraich vowed to project the aims and objectives of the forum, strengthen it economically, and improve communication.