During the month of Ramadhan Muslim Youth League UK Sisters (MYLUK-S) were involved in presenting radio shows on their local Ramadhan radio stations.

The shows were hosted in English and were aimed at younger listeners, discussing and presenting issues that were of interest to them and related to their needs.

This was an opportunity for MYLUK-S to be able to provide informative and knowledge-filled slots over the air waves. Shows were held by MYLUK-S in Glasgow, Oldham, Nelson and Walsall.

The show consisted of Hadith of the Day, speeches, competitions and charity appeals.

Guest speakers on the show were Mrs Ambreen Mehmood from Glasgow whose speech was based on Shaykh-ul-Islam's lecture on 'Peace, Integration & Human Rights' which focused on the importance of interfaith relations, the eradication of extremism and terrorism and the importance of peace. Mrs Sweba Khan (Gen Sec MYL-S UK) spoke about the History of Islam and Rukhsana Khanom covered the significance of Layla-tul-Qadr.

All topics covered were taken from lectures and books of Shaykh-ul-Islam Dr Muhammad Tahir-ul-Qadri. Other topics covered by the presenters included:

During the luminous month of Ramadan, Mrs Jabeen Ali (Oldham), Tahira Qadri, Somia Zaman (Manchester) and Mrs Sakeena Khan (High Wycombe) embarked upon the adventure of hosting their own show on 'Mahey Ramzan Radio' Oldham for the very first time (and what an adventure it was!).

During the action packed weekly shows on 'Islam in Perspective' the topics that were discussed varied from looking at the merits of fasting during Ramadan, why Satan is cursed, to the health benefits of dates. 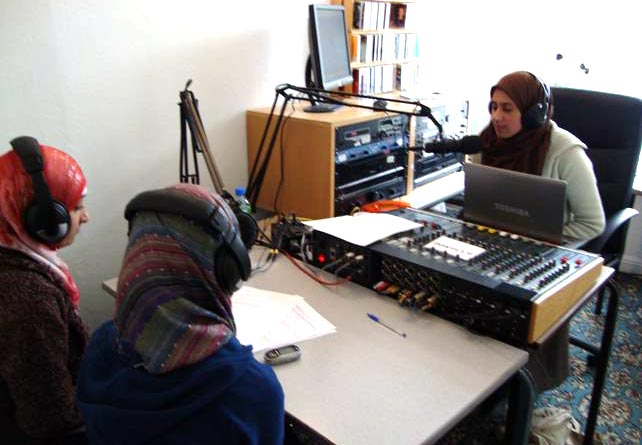 Furthermore the role of the media was discussed and the manner in which it portrays Muslims in the UK. There has previously been much hostility and negativity towards Islam. However, there was a welcome change during Al-Hidayah 2009 which was covered by Reuters news agency and consequently by hundreds of news outlets around the world; and 'Islam in Perspective' looked at this positive change and what this meant for Muslims.

Also the controversial topic of home schooling children was debated by guest speaker Mrs Sahida Bano and Mrs Sufia Azam from Oldham and both advantages and disadvantages of this form of schooling were debated and the listeners called in to express their opinions on the subject.

Another guest speaker on 'Islam in perspective' was Mrs Shamim Butt from Manchester who elaborated on the magnanimous character of the Holy Prophet SAW, sharing with the listeners how her own life and morals are shaped and influenced by the Noble Prophet SAW. 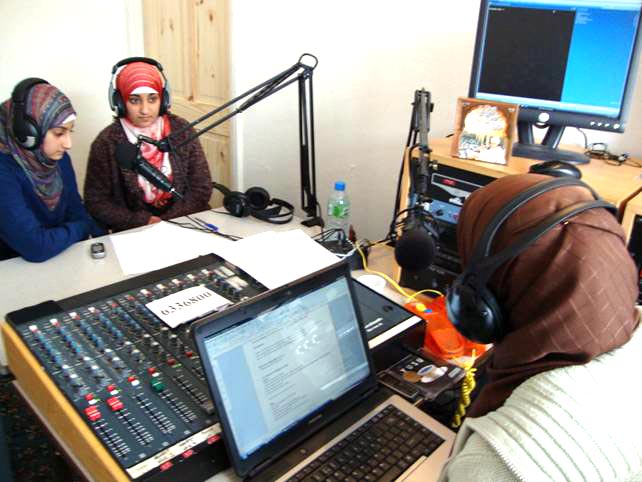 Sister Somia also had the opportunity of sharing with the audience (via a live telephone link from London!) her amazing experience of attending Spiritual Discourses delivered by Shaykh-ul-Islam. This was a retreat exclusively in the month of Ramadan, for Muslims young and old from all around the globe. Somia talked of the spiritual atmosphere of being in the company of Shaykh-ul-Islam and how she simply could not miss the opportunity.

The president of MYLUK-S, Tanzeem Begum, also contributed to the show by providing further information on MYLUK-S and the role it plays for young Muslims around the UK.

MYLUK sisters in Glasgow were once again invited to present a show during the blessed month of Ramadhan on a renowned local radio station – AWAZ FM.

The live show was broadcast as a Special Iftar show every Sunday. It was hosted by Sister Naema Hafeez and the participating members of MYLUK Sisters were Ambreen Mehmood, Public Relations Executive, Humma Majid, Habeeba Asghar and Maheen Kousar and brother Madni Tahir from MYLUK.

Lecture delivered by Sister Ambreen highlighted the issues, being highly debated around the globe, which need to be addressed by all communities in this day and age and that topic was of Peace, Integration & Human Rights in the light of the Holy Quran and Ahadith (sayings of the Holy Messenger (peace & blessings be upon him)). She discussed that it was the Holy Prophet Muhammad (peace & blessings be upon him) who was the first one to raise voice for love, peace and integration 15 centuries ago in an society which had no respect for human dignity, a society which had no respect for human life, a community who held no moral or ethical values, in such a community the Holy Messenger (peace & blessings be upon him) introduced a new culture, a new Deen, a new way of life in the form of Islam! Islam consisted of the teachings of love, peace, integration, religious freedom and much more and this is highlighted in the Constitution of Madeena, the first ever constitution to be given to mankind!!!

She discussed the rights given by the Holy Prophet Muhammad (peace & blessings be upon him) 14 to 15 centuries ago to women, rights to people of other religion who resided at that time in the state of Madeena, rights to orphans etc. She also analysed and compared the trials and tribulations faced by the women in West for basic right such as voting, being recognised as Human Being etc, which were already enjoyed by Muslim women freely 14 to 15 centuries ago, under the great command of the Holy Prophet (peace & blessings be upon him). She finished the discourse by stating and emphasising on the following message, that the same message of love and peace which was delivered by the Holy Prophet (peace & blessings be upon him) 1500 years ago, is being echoed by Shaykh-ul-Islam Dr Muhammad Tahir-ul-Qadri in the form of Minhaj-ul-Quran, and if anyone wanted to make a positive change in the society today, then they were most welcome to join hands with Minhaj-ul-Quran regardless to what community, race, religion they are form because:

Throughout the show sister Naema revised the virtues of the month of the Ramadhan in the light of Quranic verses and Ahadith. Also sister Naema encouraged the young listeners to participate in the show by calling in to recite either Quranic verses, or praise of the Holy Prophet (peace & blessings be upon him), or supplications which they had learnt in their local mosque.

Throughout the month Sister Humma Majid, Maheen Kauser and Brother Madni Ahmad Tahir had made live appearances at the radio station to recite the praises of the Holy Prophet (peace & blessings be upon him).

The Radio Broadcast was a great success and many people phoned in to express their appreciation of the show and praised the whole team for their efforts.