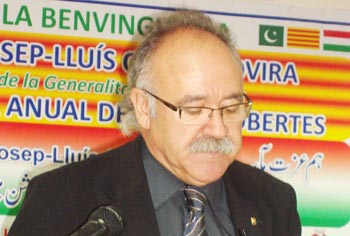 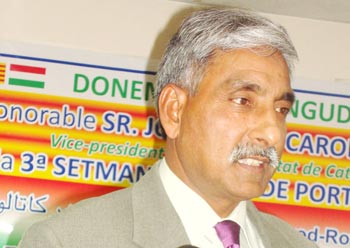 Mr. Jose-Lluis, vice President of Catalonia, an autonomous state of Kingdom of Spain, paid a visit to Minhaj-ul-Quran Islamic Centre (Catalonia) at the head of an official delegation on October 22, 2009. This visit was in connection with the inauguration of open door session held in Minhaj Islamic Centre Barcelona. The event has become an annual feature under the aegis of MQI Spain where inter-faith moot is organized aimed at bringing followers of different religions together and forge the spirit of understanding among them and clarify confusions and misunderstandings about Islam. 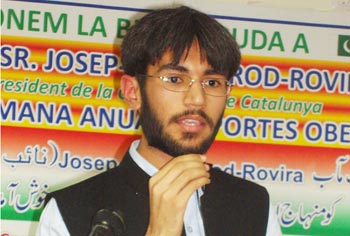 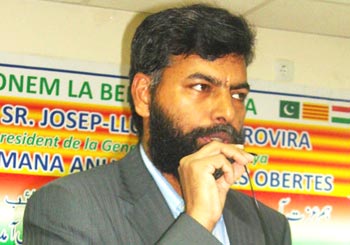 The office holders of Minhaj Youth League brief the local people and answer their questions about the teachings of Islam and Pakistan in Spanish and local languages in these programmes. Minhaj Reconciliation Council, a sub-organization under the umbrella of MQI Spain, invites top government officials, representatives of political parties, police officers, community leaders, heads of worship places of different religions, professors and civil society organizations to such events. 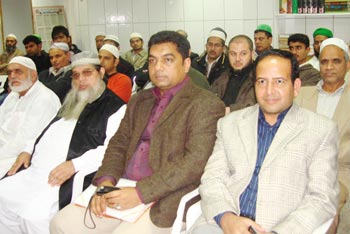 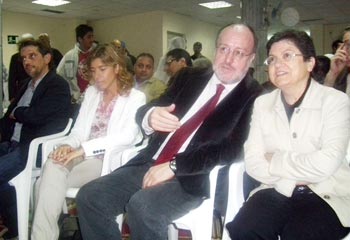 A large number of representatives of local newspapers and television channels were present to cover the event. 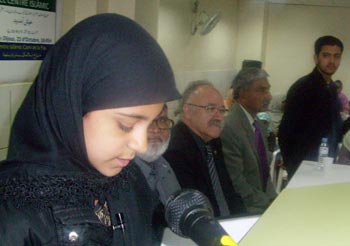 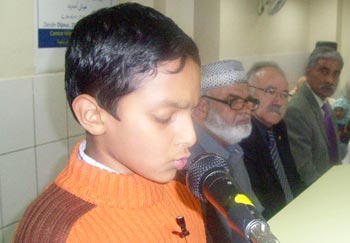 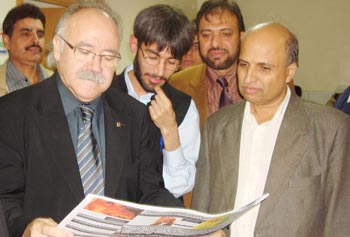 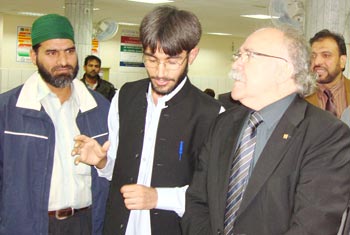 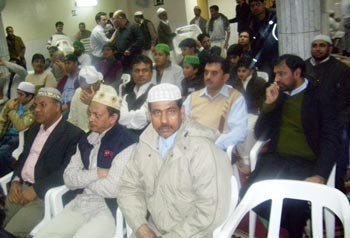 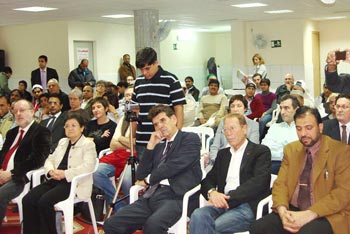 The members of MQI Barcelona and the office holders of Minhaj Youth League received the respected guests on the outer gate upon their arrival at the Minhaj Islamic Centre. Allama Abdul Rashid Sharifi and Muhammad Iqbal Chaudhry presented bouquet to vice president of Catalonia and Director General for Religious Affairs.

The proceedings of the programme got underway with recitation of the Holy Quran by Sohaib Shabbir, a young student of the Islamic Centre. Misbah Yousuf, another student of the Centre, presented the translation of the recited verses in the Catalonian language. Muhammad Usman, a co-librarian of Minhaj Youth League, presented the Catalonian translation of the renowned poem of Allama Dr Muhammad Iqbal. President of MRC, Muhammad Iqbal Chaudhry conducted the proceedings of the programme. He also delivered the welcome address and thanked the participants for taking time out to attend the interfaith moot. 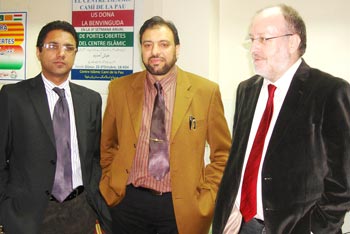 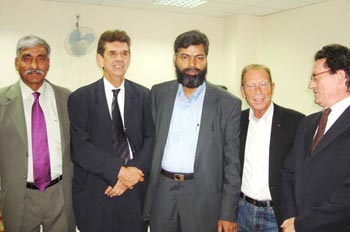 Ayaz Hussain Sayyid, Council General for Barcelona, said in his speech that the Mosque was not only a place for worship and prostration to the Lord Almighty but also a place where the Muslims got together and found a solution to their problems by pooling together their collective wisdom through an elaborate consultative process. He said that in accordance with the Sunna of the Holy Prophet (saw), the doors of the Mosque are open for everyone irrespective of his or her association with any religion, culture and civilization. He said that the sustained engagement among religions not only afforded an opportunity to understand each other but also adopt things common to every religion. 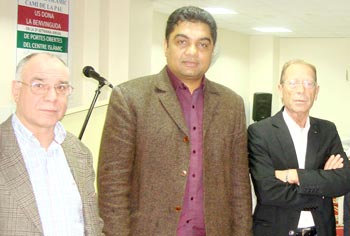 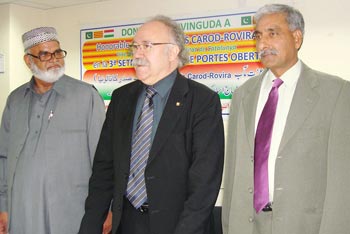 He said that Spain was such a country as has the presence of followers of three major religions in a large numbers. According to the Islamic teachings, none could become a Muslim unless he believed in Hazrat Isa (Christ) and other prophets. He said no religion of the world recommended the use of terror against anyone. Love, brotherhood and peaceful coexistence were the ingredients of a common message. He thanked the government of Catalonia for the provision of facilities to the Pakistani community. Naveed Ahmad Undalasi presented the Catalonian translation of speech of the Council General.

Vice President of Catalonia commenced his speech with the utterance of word "Assalam-o-Alakum" and felicitated MQI for its successful arrangement of interfaith dialogue. He said that Catalonia occupied important place so for as the promotion of interfaith dialogue was concerned. The population of the Muslims was very small a few decades ago but the number of people of different religions and cultures have increased manifold in new Catalonia. He said that the government of Catalonia was trying its level best to resolve the problems of its Muslim community through the department of Religious Affairs. He said that MQI has undertaken important task by promoting the interfaith dialogue through the conduct of open session programme. He said that unfortunately some people were indulging in propaganda against Islam but "we would not allow anyone to do so in Catalonia." He said that we needed to understand each other openly and fully as a necessary condition of mutual coexistence. 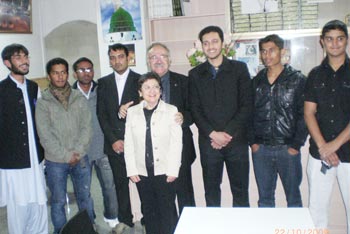 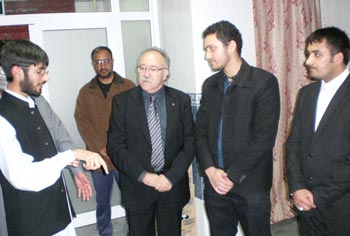 After the speeches were over, Naveed Ahmad Undalasi, Yousuf Bilal Mustafavi conducted the vice president and DG (Religious Affairs) to the various departments of Minhaj Islamic Centre. They briefed the respected guests about the different activities of various forums of MQI. Vice president held a special meeting with the youth of Minhaj Youth League and had discussion on matters of mutual interest. The ceremony concluded on the delicious Pakistani food.