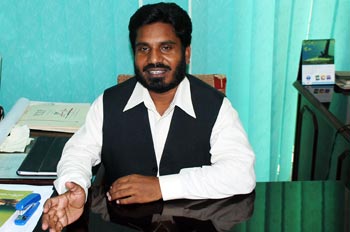 Mr. Qamer Javed Malik, senior deputy director of MQI's Directorate of Training, who had gone to his native village to attend the marriage of his younger brother, died of cardiac arrest the other day. Shaykh-ul-Islam Dr Muhammad Tahir-ul-Qadri, the founding leader and patron-in-chief of Minhaj-ul-Quran International, expressed his deep sorrow and grief over the sad and sudden demise of Qamer Javed Malik. He dubbed it as great tragedy and prayed to Allah Almighty to rest the departed soul in peace and grant patience to the bereaved family to bear this untimely loss. Shaykh-ul-Islam paid glowing tribute to the services of the deceased for MQI and condoled his death with the family in his telephonic talk from Canada.

In addition to the central leaders from MQI, a large number of people from all sections of society took part in the funeral prayers of Qamer Javed Malik and prayed for the departed soul.