This article is taken from Times Online
http://www.timesonline.co.uk/tol/comment/faith/article6991483.ece 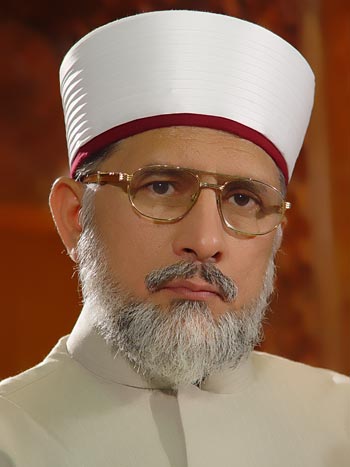 Minhaj-ul-Quran, a Sufi organisation based in East London which advises the Government on how to combat radicalisation of Muslim youth, will launch the 600-page religious verdict tomorrow. It condemns the perpetrators of terrorist explosions and suicide bombings.

The fatwa, which was released in Pakistan last month, uses texts from the Koran and other Islamic writings to argue that attacks against innocent citizens are "absolutely against the teachings of Islam and that Islam does not permit such acts on any excuse, reason or pretext".

Minhaj-ul-Quran is an organisation based in 80 countries that follows Sufi teachings of peace and moderation. It is gaining influence in Britain as the Government seeks to gain ground among Muslim groups eager to combat the radicalisation of young people.

The group receives no government funding but its agenda is comparable to the official Prevent strategy, under which community organisations are encouraged to work together to counter extremism.

Radical Islamists will dismiss the fatwa but it will be welcomed by many Muslims from the large community of South Asian heritage in Britain, among whom confusion about religious teaching is exploited by extremists seeking to recruit suicide bombers.

Inayat Bunglawala, former spokesman of the Muslim Council of Britain and founder of the new group Muslims4UK, set up to counter the radical message of the newly banned Islam4UK and other extremist groups, welcomed the fatwa.

"This adds to the view of many Islamic scholars internationally that terrorism and suicide bombings are unacceptable in Islam," he said. "It is a positive initiative. Anything that helps move young people away from violence and from those who promote violence must be welcomed."