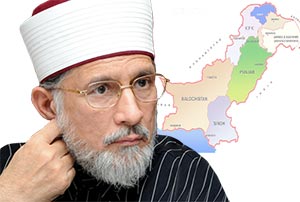 National Minorities Day, which is being observed across Pakistan today on August 11, is a time for deep introspection and self-appraisal as to whether we have lived up to Islamic and Quaid-e-Azam’s ideal of an inclusive and tolerant society where non-Muslims enjoy equality of opportunity, complete religious freedom to practice their creed and a space for development of their identity in an environment free of fear, bigotry and radicalism.

While the nation pays homage to the minority communities for their role in nation-building, the news of Hindu families leaving the country for India come as a rude shock and a damning indictment of the way we have treated our minorities. There appears to be something fundamentally here.

There is no gainsaying the fact that Islam espouses the cause of the non-Muslims and gives constitutional guarantees to their rights. The Islamic State of Madina founded by the Holy Prophet (SAW) stands out as a shining example of tolerance, moderation, respect for humanity and equality. Instead of taking a leaf from the book of the Last Prophet of Allah (SAW), some elements have got stuck up into hair splitting and literalistic debates driven by sectarian interests, which explains why atmosphere of inclusiveness, amity and mutual goodwill has been getting vitiated by the day.

Minhaj-ul-Quran International, on its own, has advocated the cause of minority rights and engagement with them with a view to mainstream them into the national life. Muslim-Christian Dialogue Forum and a host of other arrangements that we have established at MQI tend to institutionalize the tradition of dialogue with our non-Muslim brethren.

On this day, let us resolve to introspect as to what has gone wrong and why. Minorities are essential part of our national fabric. Let us protect the future of this country by protecting the rights of the non-Muslims. Let us work for establishment of a tolerant, inclusive and welfare-based society.