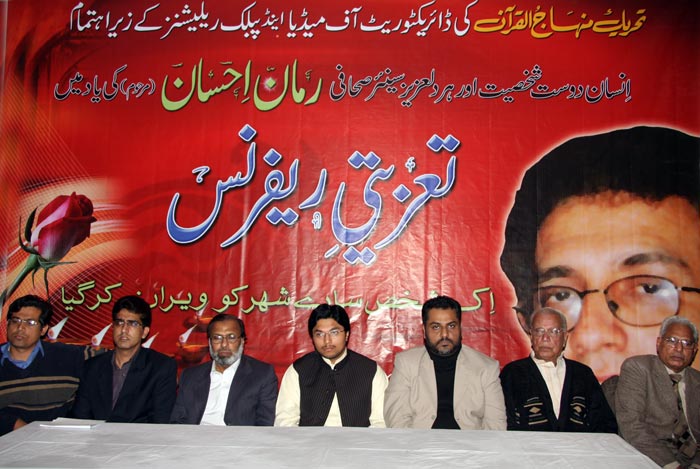 Directorate of Media & Public Relations of Minhaj-ul-Quran International organized a condolence reference in the memory of the renowned journalist Roman Ehsan who died a few days after protracted illness. Senior journalist and brother of late Roman Ehsan, Irfan Ehsan, presided over the reference, while Hussain Mohi-ud-Din Qadri, the son of Shaykh-ul-Islam Dr Muhammad Tahir-ul-Qadri, and naib Nazim-e-Ala of MQI, Sheikh Zahid Fayyaz, also attended the programme to pay tribute to the journalistic services of late Roman Ehsan. 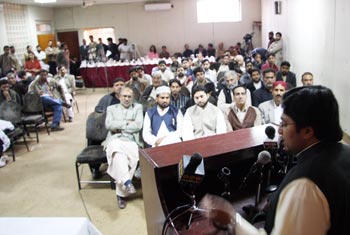 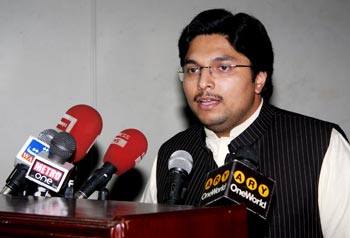 Addressing the reference, Hussain Mohi-ud-Din Qadri said that journalism was the sunna of the angels. The angles expressed their independent opinion at the time of creation of man. Late Roman Ehsan conveyed the voice of people to the higher-ups through his pen and tongue. He was quite sociable and is being remembered fondly after his death. Allah metes out good treatment to the one who is discussed positively after his demise. Roman Ehsan was a patriotic Pakistani. 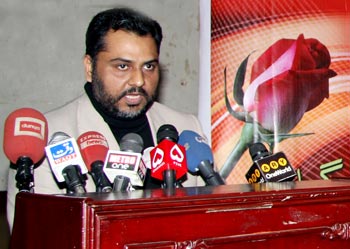 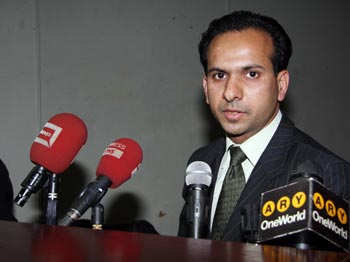 Brother of the departed journalist, Irfan Ehsan, could not hold himself while talking about his brother. He said that Roman meant to him a lot after his parents. He said that Roman taught him how to write and speak. Words fail him when he recalls that Roman is no more in this world.

Naib Nazim-e-Ala MQI, Sheikh Zahid Fayyaz, said that young journalist, Roman Ehsan, was one of those people who create their own world. The people belonging to field of journalism would continue to feel his absence for a long time to come. The leaders of religious and political parties were equally grieved at the untimely death of such a loving man. Senior journalist Chaudhry Khadim Hussain said in his speech that Roman was such journalist who made his mark in the field within very short span of time. He said that it pained to call him dead. The higher-ups would have to take notice of the negligence shown by the doctors. 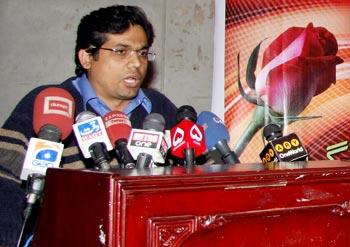 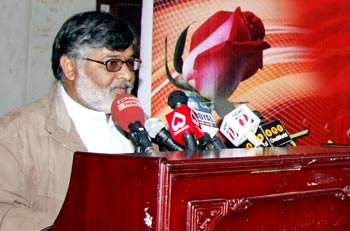 The renowned anchor of Geo, Amin Hafeez, said in his talk that Roman Ehsan was a self-made man who left the results of his efforts with Allah Almighty. He knew the art of making others happy. He was a soft-hearted person who could not see anyone in trouble. The daughter of late journalist, Ghuncha Roman, said in her talk that the love of her father was the greatest asset of her life. She said that she was not yet ready to accept the reality of her father's demise from this world. His principles are beacon of light for her. May Allah bless him and make him resident of paradise. Sister-in-Law of Roman Ehsan, Fozia Bashir Advocate, said that Roman's personality was like a shady tree for the entire family. We would never be able to forget his love. Friend of Roman Ehsan, Amir Khan, said that Roman was not one of those who accept defeat. Continuous struggle marked his life. He lived a short but full life. 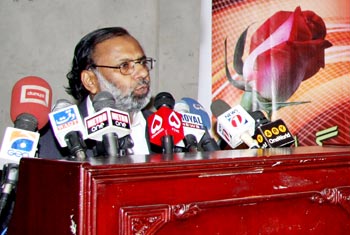 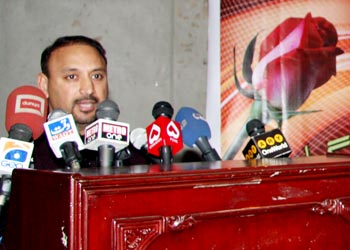 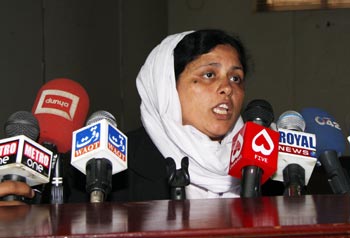 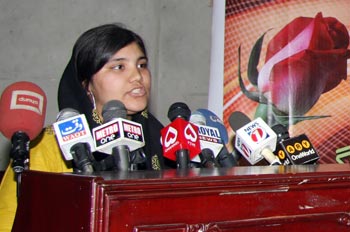 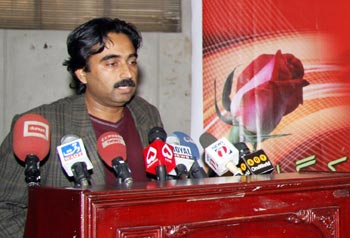 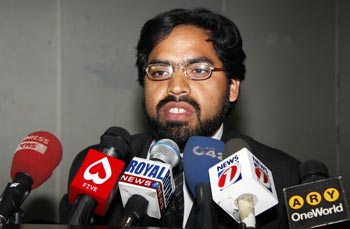 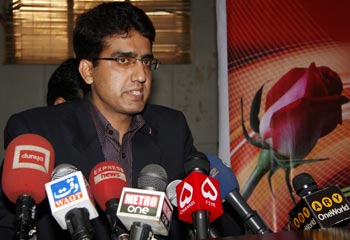 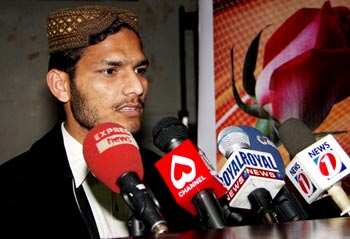