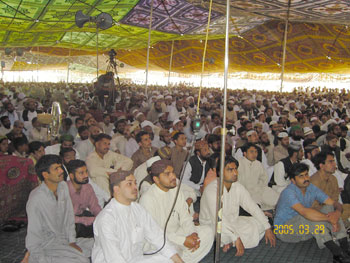 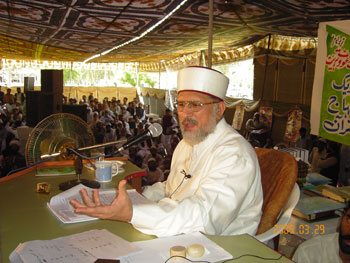 An Imam Azam Conference on, Imam Azam Imam-ul-Aimma fil Hadith, was held at the head quarters of Minhaj-ul-Quran International, Lahore, in which Shaykh-ul-Islam Dr Muhammad Tahir-ul-Qadri gave an historic lecture stemming from several months of research in which he proved that Imam Azam Abu Hanifa is the Imam of Hadith of all imams of Hadith including Imam Bukhari, Imam Muslim, Imam Tirmizi, Imam Abu Dawood, Imam Nasai etc.

Hundreds of renowned scholars and Mashaikh from the length and breadth of the country came to the conference in order to witness the historic display by Shaykh-ul-Islam of his latest research which has never been done before in the whole history of Islam. 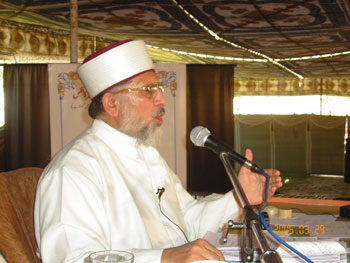 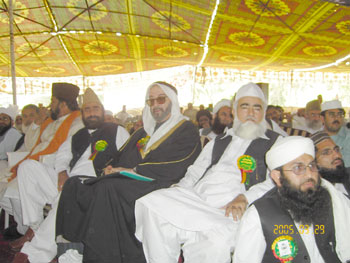 Talks by Guest Scholars and Mashaikh

Brief talks were delivered by some of the main guests as they appreciated the great historic effort of Shaykh-ul-Islam on cutting the roots of all baseless accusations levelled against Imam Azam Abu Hanifa for centuries. They stated that existence of such accusations and the inability of comprehensively rebutting them for centuries held a sense of shame among the lovers of Imam Azam across the globe, especially the Hanafis. They said that Shaykh-ul-Islam Dr Tahir-ul-Qadri, by conducting his deep and unprecedented research to prove that Imam Azam is the Imam-ul-Aimma fil Hadith, shows that Shaykh-ul-Islam is not only a great scholar, Interpreter of the Quran, a revolutionary leader and a thinker but has proved with out any shadow of a doubt that he is one of the biggest Muhadiths. Being the Mujadid of the present century it was only fitting for him to raise the heads of all Hanfis with pride as now they could prove to critics on how Imam Abu Hanifa truly is Imam Azam in Hadith as well as Fiqh. They concluded by hoping that Shaykh-ul-Islam would continue to revive Islam through his great mission of Minhaj-ul-Quran International (MQI) with their full backing and support behind him.

Shaykh-ul-Islam Dr Tahir-ul-Qadri delivered a lecture lasting just under four hours which was heavily condensed due to shortage of time. Dr Tahir-ul-Qadri announced that the whole of his research on this topic will be included in his book which will be published soon consisting of two volumes. He said he will only cover some of the main points of his research in the lecture. 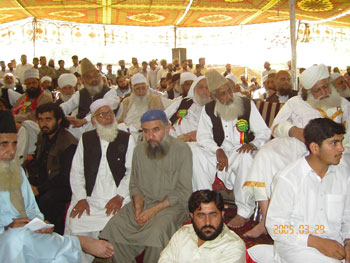 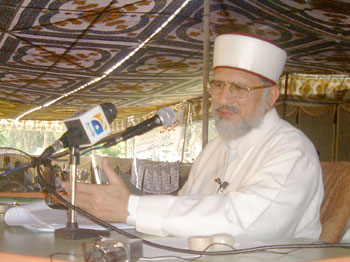 Main points of the lecture are given below which prove that Imam Azam Abu Hanifa is the Imam-ul-Aimma fil Hadith:

Note: Full details, facts and figures were given in the lecture which can be viewed on this site, this was only an overview of the speech.

The historic lecture left all participants in shock, in the amount of new information which they had received from Shaykh-ul-Islam which they had never imagined to their wildest imaginations had even existed.