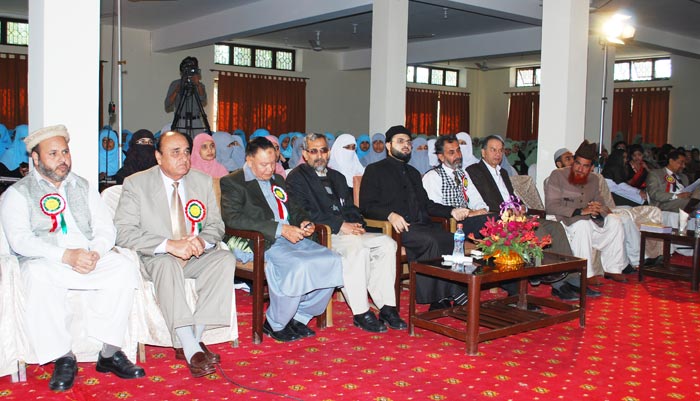 Minhaj College for Women organized an Inter-Collegiate competitions on the eve of annual celebration of Quaid’s birthday from Feb 16th to 18th, 2010 under the supervision of Bazm-e-Minhaj. A large number of students participated from different educational institutions of Lahore. 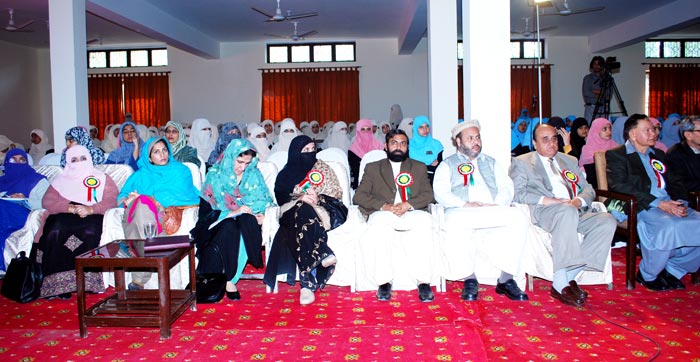 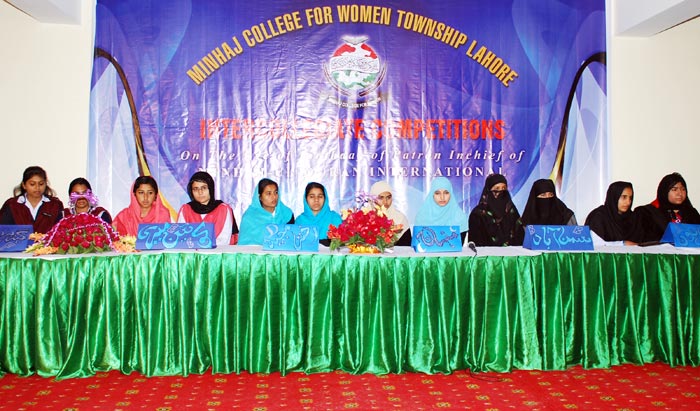 In Naat Competition, the Jury comprised Irshad Azam Chishti, Sarwar Siddique and Miss Zara Hashmi. The names of prize winners are as follows. 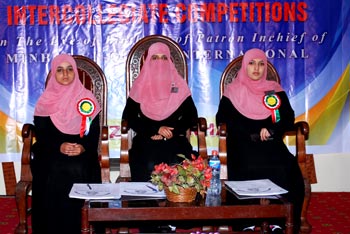 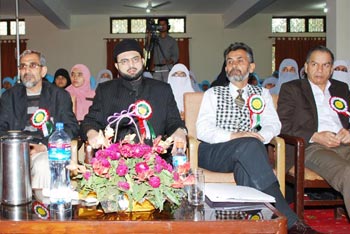 The name of prize winners were as follows: 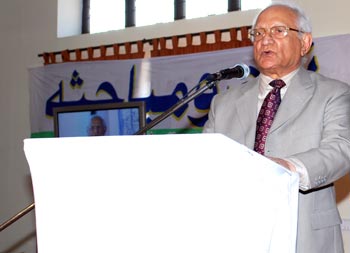 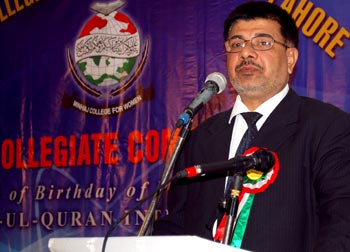 Nazim-e-Ala Minhaj-ul-Quran international distributed the prizes among position holders. The V.C. of Minhaj University addressed the students. He said that that dignity is in labour and students should achieve their goal only by working hard. In the end Nazim-e-Ala Dr. Raheeq Ahmad Abbasi appreciated the students by saying that Minhaj College for Women has the honor to provide enough chances to the students to polish their creative abilities. He also said that the real purpose of these programmes is not only to get the position but also to perform an effective role for the country and to get confidence by expressing our opinions.

Quiz contest, Gazal & Poem contests and flower arrangement competition was organized on 17 February. Miss Zara Hashmi took the responsibility of stage secretary in Quiz Contest. 1st position was won by the host College but being the host, it withdrew from its position. In this way the position holder teams were as follows. 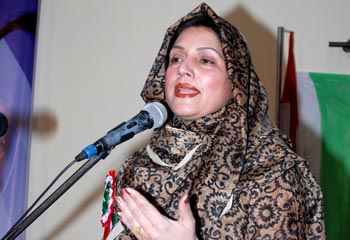 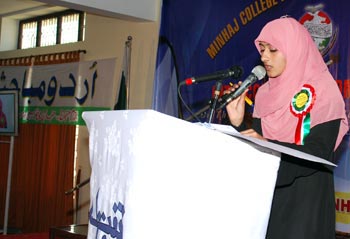 The name of the position holders in Ghazal contests were as follows: 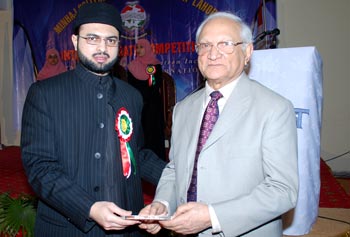 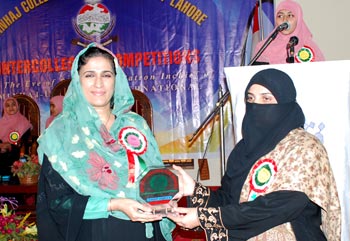 The students who took positions in poem contests were.

1st: Sayyida Ayesha (Minhaj College for Women) she withdrew from her position being the host, so the revised positions were. 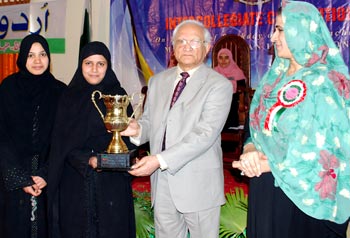 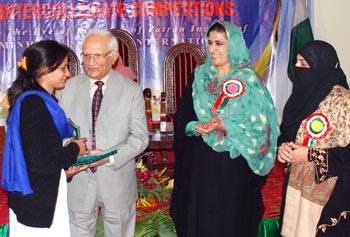 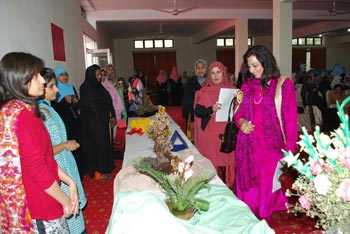 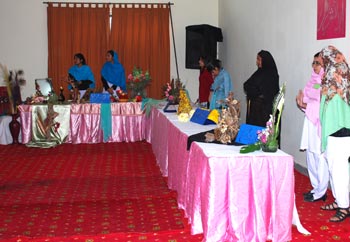 The result of fresh flower Arrangement was as per the following: 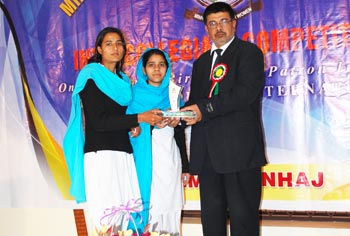 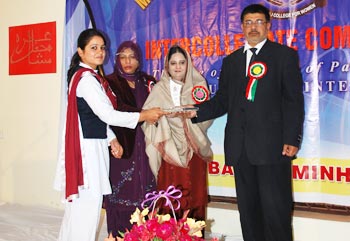 The first session was dedicated to English debate. The topic was “Crisis Develops the Nations”. Miss Maryam Shoukat and Miss Amna Saif were the stage secretaries and the jury members were Mr.Shakeel Amjad, former Head of Department of English in the Punjab College of Commerce, Miss Farzana Aslam, visiting Lecturer Punjab University & Habiba Hussain, lecturer of Kinnaird College.

The names of the position holders were as per the following:

The revered chief guest was Mr. Hassan Mohi-ud-Din Qadri, president of Supreme Council of Minhaj-ul-Quran International and member of Board of Governors of the Minhaj University Lahore. At the end of the 1st session the esteemed chief guest appreciated the English Literary Society and praised the quality of speeches delivered on the occasion.

Urdu Debate Contest was conducted in the second session.

The 1st position was won by Miss Sidra Jabeen from the host college but following the tradition, college decided to withdraw from this position and in this way the positions were given to the following students:

The honorable chief guest appreciated the students and felicitated the Minhaj Women College. He said that such competitions needed to be held to give vent to the opinions of people and make them part of national development. He said that students were an important community and national educational policy should be designed in a way as to encourage them to polish their talents in a befitting manner.

In the end, chief guest and Dr, Asma Mamdot distributed prizes among the position holders for participating in all the competitions and for getting the maximum positions collectively Govt College Saman Abad Lahore was awarded the trophy. Mrs. Farha Naz Principal Minhaj College for Women, thanked all the guests and participants for making all these competitions successful.