The credit for independence of media goes to the journalistic community who has waged relentless struggle and rendered numerous sacrifices for the cause. Media said NO to every attempt at browbeating it and fought for protection of right of masses to be informed of what is going on in the corridors of power. Punjab Assembly was coerced into adopting an anti-media resolution. The new entrants to the field of journalism are hard working and competent. The future journalism would be an ideal journalism, which would change the destiny of this country through more proactive role of a watchdog on the conduct of those entrusted with the mandate to steer the ship of the state. 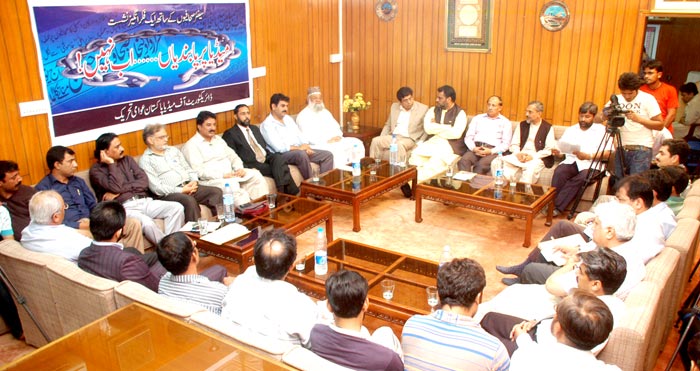 Khawar Naeem Hashmi, senior journalist, expressed these views while addressing a sitting on the subject of “Curbs on media---not now” organized by the Directorate of Media and Public Relations, Minhaj-ul-Quran International, at its central secretariat today.

Aamir Waqas Chaudhry, president of the Lahore Press Club, said that resolution was moved in the Punjab Assembly to derail media and create dissentions in its ranks through colonial policy of ‘divide and rule’. Never has a resolution been adopted against an institution as a whole. This was the third unified attack on the independence of media. He said that media needs to stand by HEC chairman Dr Javaid Laghari. It is already highlighting public issues as a part of its responsibility towards society. He said that people of Pakistan had lost confidence and trust in the fake degree holders who are out to enrich themselves at every cost. He said that only a small minority of media people has riches and the rest just belong to the middle class. 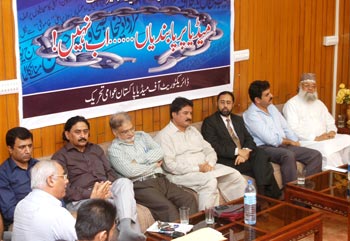 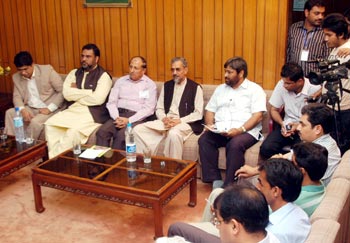 Sheikh Zahid Fayyaz, acting Secretary General of MQI, said on the occasion that Pakistan Awami Tehreek and Minhaj-ul-Quran International stood side by side with media whenever it faced the governmental wrath. He asked the media to stop promoting the corrupt politicians and pave the way for emergence of pious but competent leadership, saying that media was playing the role of parliament while the latter was mum over grave national issues. He said that had media not stood up to the dictates of the rulers, they would have come up with next plan of action to muzzle its independent voice. 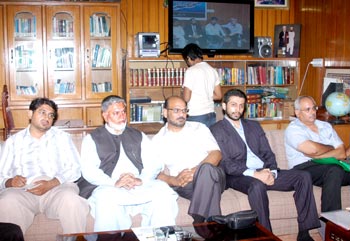 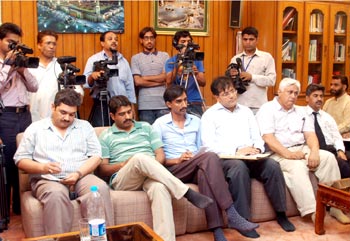 Naeem Mustafa said that function of media was only to point out the flaws and it is the job of the executive and judiciary to fix the problems within their respective mandates. He said that granting independence to media was only natural as there was huge international pressure on the government.