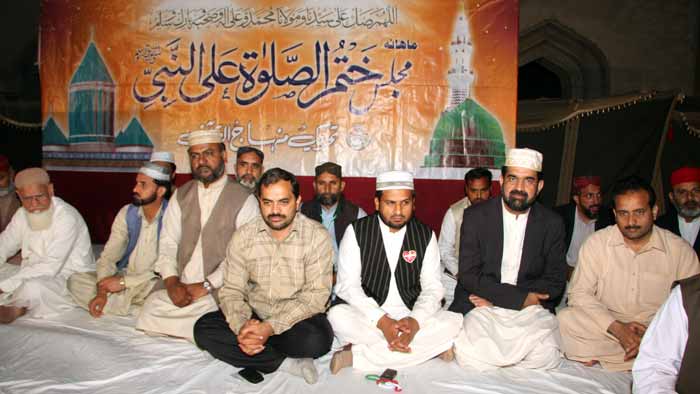 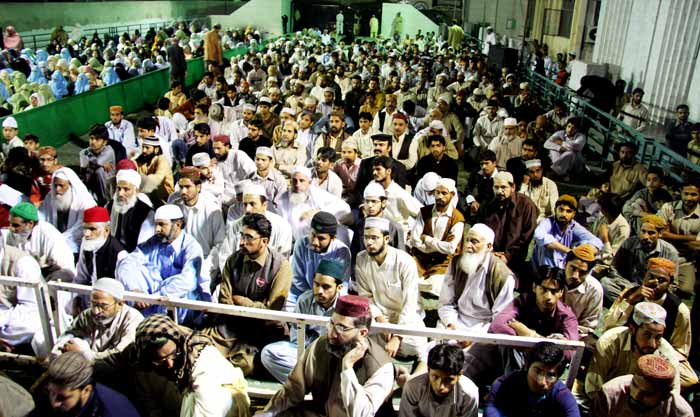 The formal proceedings of the programme got underway with recitation from the Holy Quran followed by Naat Khawani. Anser Ali Qadri, Amjad Bilali Brothers, Minhaj Naat Council, Shahzad Brothers and other Naat Khawans had the honour to present Naat. The Naat-Khawani continued till 11 pm, which was followed by the telephonic speech of Sahibzada Hussain Mohi-ud-Din Qadri, president of Federal Council of Minhaj-ul-Quran International. 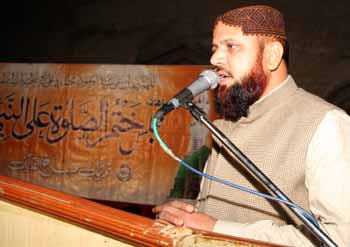 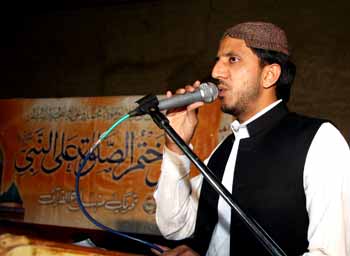 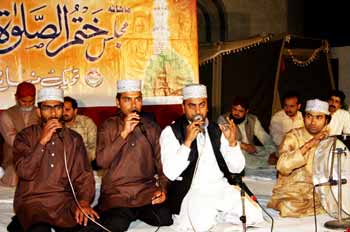 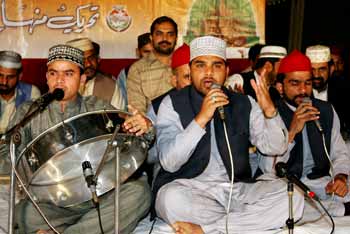 After the telephonic speech of Sahibzada Hussain Mohi-ud-Din Qadri, Allama Ahmad Nawaz Anjum presented the monthly report. He said that the number of Durood recited during the month of May stood at 58 corers, 13 lakhs, 28 thousand and 86 and the total number came to be 14 billion, 74 corers, 62 lakh and 458.

On the conclusion of the programme, all participants stood up and presented Durood-o-Salam on the person of the Holy Prophet (blessings & peace be upon him). Waqas Ali Wasil conducted the proceedings of the programme. 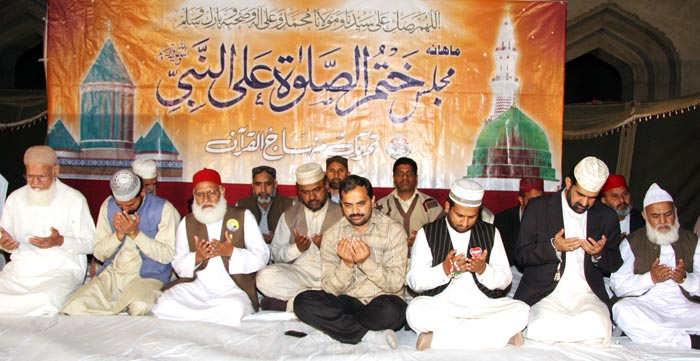