The 30th foundation day of Minhaj-ul-Quran International was celebrated with traditional zeal and fervor across the world on October 17, 2010. A ceremony to mark this auspicious day was held in the central secretariat of Minhaj-ul-Quran International which was addressed by Shaykh-ul-Islam Dr Muhammad Tahir-ul-Qadri telephonically from Canada. Faiz-ur-Rehman Durrani, Brig. (r ) Iqbal Ahmad Khan, Sheikh Zahid Fayya, Sqn Ldr (R) Abdul Aziz, Raja Jamil Ajmal, G.M. Malik, Muhammad Aslam Ranjha and other leaders of MQI were also present in the programme. The slogans of “Jeevay Jeevay, Tahir Jeevay” (Long live Dr Muhammad Tahir-ul-Qadri) were chanted and other Tehreeki anthems echoed during the ceremony. Amir-e-Tehreek Faiz-ur-Rehman Durran presided over the meeting. 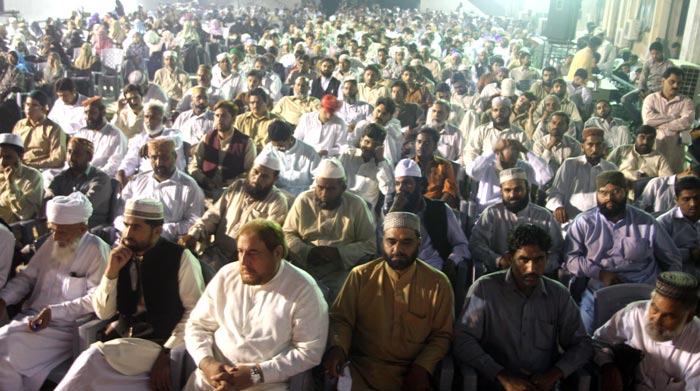 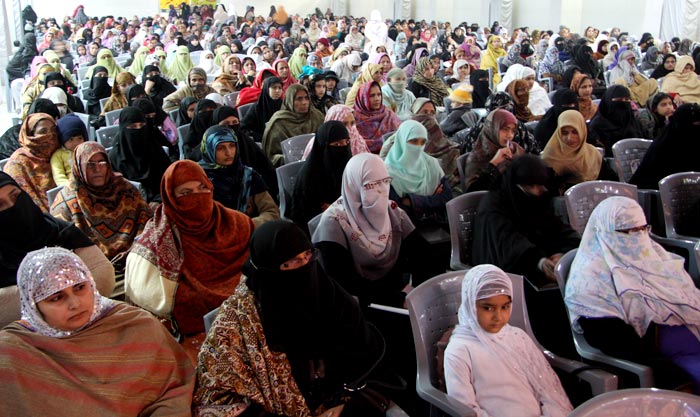 Speaking on phone from Canada, Shaykh-ul-Islam Dr Muhammad Tahir-ul-Qadri said that MQI which started its operations from Lahore 29 years ago has turned into a global movement with its network and branches spread across five continents. It is the biggest movement of the Islamic world, which is busy promoting Islamic message of love, peace, harmony and interfaith dialogue in the world. He said that MQI has played historic role in bridging the gulf between Islam and West and fostered understanding on a whole range of issues. He said that impact of MQI in multiple fields would continue to reverberate for centuries to come. It has also played significant role in uniting various strands within the Muslim opinion. “In view of serious problems faced by the world in general and the Muslim world in particular, MQI has been a major player in transforming opinions and building bridges among strained peoples. He congratulated the workers of MQI and told them that 5 million websites are stuck to the MQI ideology and the world opinion has magically changed to our favor in last few years. MQI has replaced the stalwarts of Islam in the annals of history due to its loud and clear commitment to the cause of world peace, interfaith harmony, peaceful co-existence, moderation, tolerance and international brotherhood. It has earned its status as the symbol of the true identification of Islam and its true representative in the 21st century. It has also become the subject of research in the higher circles of learning and scholarship in the west. He pleased the audience by giving glad tidings of the Prophetic blessings on MQI.

Referring to the work of MQI’s volunteers and workers in the flood-hit areas, he said that the commitment and zeal with which they served the flood affectees had made him happy and satisfied. He said that all those who took part in this sacred cause deserve appreciation and applause. His talk was a diatribe on Pakistani media for ignoring the collosal welfare activity MQI workers have performed in providing relief to the flood victims. He, however whtted their morale by declaring that they must be ready to receive a big reward on the Day of Judgment where their performance will be published by Divinity.He further said that Minhaj Welfare Foundation would continue to serve the suffering humanity in every possible way in the future. 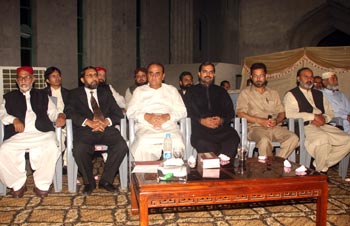 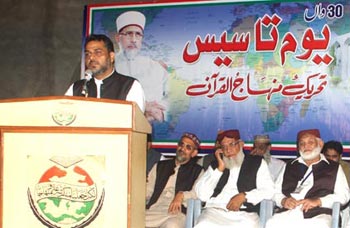 Speaking on the occasion, acting Secretary General Sheikh Zahid Fayyaz emphasized that this was incumbent on us to immerse ourselves with the true and deep love of Shaykh-ul-Islam to become a successful and steadfast MQI worker. He urged that we must pay attention to building our character according to the teachings and practices of our Quaid. He said that without presenting a sound character we cannot attract people towards MQI. He appreciated the performance of various departments in reaching out to the extremities of the flood hit areas and asked them to continue the struggle for achieving the goal with the same zeal and enthusiasm. He said that MQI’s message has reached across the world under the inspiring leadership of Shaykh-ul-Islam Dr Muhammad Tahir-ul-Qadri. He said that the person of Shaykh-ul-Islam is a blessing for the Muslim world. 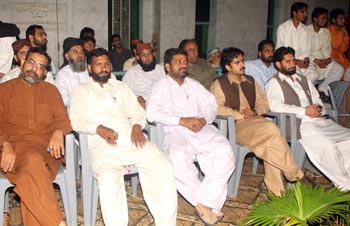 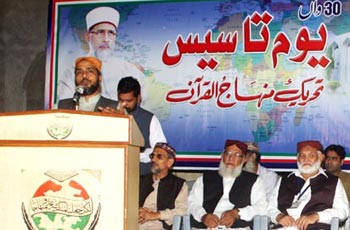 Mr G.M. Malik, Deputy Secretary General MQI, said in his speech that the family of Shaykh-ul-Islam has rendered numerous sacrifices for the cause of MQI and Islam and the present position of MQI as a dominant Movement in the world promoting the values of peace and interfaith dialogue owes itself to the dynamic leadership of Shaykh-ul-Islam Dr Muhammad Tahir-ul-Qadri. He said that the eyes and hopes of Muslim Umma are pinned on MQI and it has significant role in future. He also unfurled some pages from the MQI history and bolstered up the audience by narrating some blissful events where Sayyidina Tahir Allauddin al-Gillani al-Baghdadi spread his merciful shadow over Minhaj-ul-Quran. 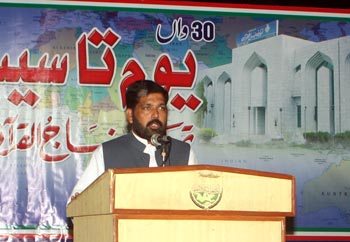 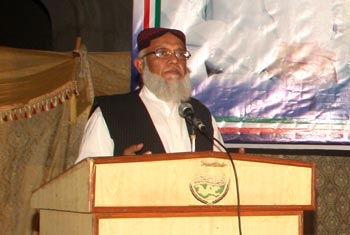 Rana Idrees Qadri said that we must take the message of MQI to the masses through halqajat Irfan-ul-Quran and Durood. He elaborated the methodology how success could be ensured in achieving the targets. He emphasized that serious efforts are required to build our character on sound footings so that result oriented work could be launched in the field. He told the audience that people were ready to accept and join us. That has been proved. When he would go and address various gatherings during Irfan-ul-Quran sessions, people would sit spellbound and would move even an inch despite heavy continuous rain showering for hours. That speaks of the effectiveness of the MQI message and the readiness of public to accept it. 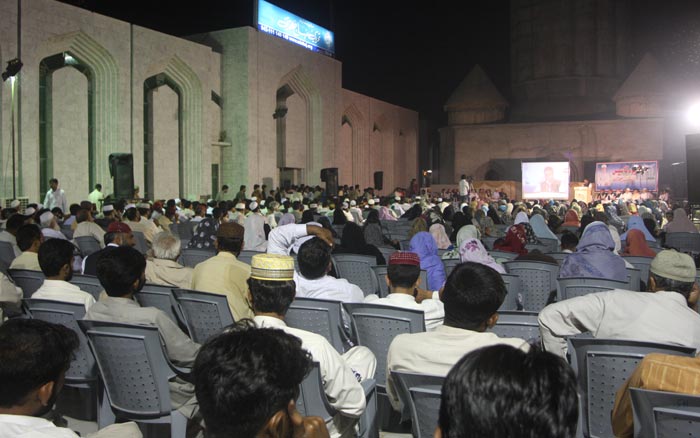 Faiz-ur-Rehman Durrani Amir-e-Tehreek MQI said in his presidential address that MQI is doing its duty of transferring the message of our forefathers to the coming generations and Shaykh-ul-Islam Dr Muhammad Tahir-ul-Qadri is a great asset of the Muslim world. He paid tribute to the valuable services and the priceless contributions made by those who are not among us today. He urged the audience to follow their footsteps and sacrifice their resources for the promotion of the Mission and the ultimate success of MQI. The ceremony ended with dua.