Seminar : Character of National Heros --- a solution to Leadership Crisis 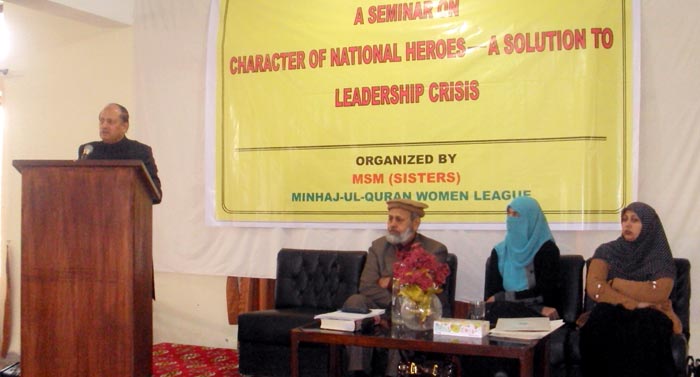 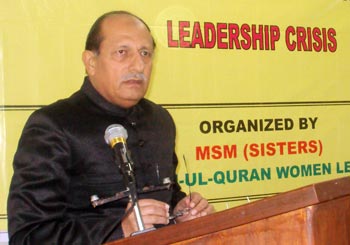 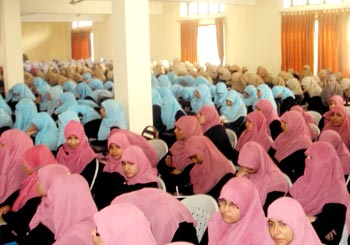 By the grace of Almighty Allah & the blessings of Holy Prophet Muhammad (PBUH), MSM (Sisters Minhaj-ul-Quran Women League organized a seminar on the topic “Character of National Heroes --- A solution to Leadership Crisis.”

The proceedings of seminar formally went underway by recitation of verses from The Holy Qura’n followed by a beautiful Nasheed. 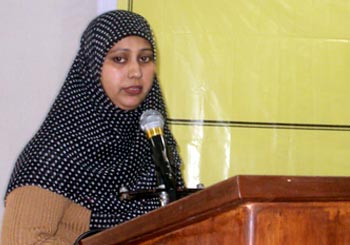 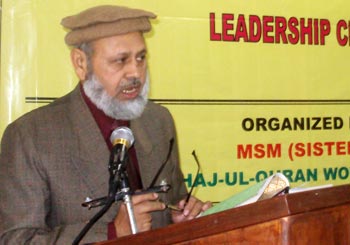 The first speaker was Squadron Leader (R) Abdul Aziz Dabbagh (Naib Nazim-e-Aala Research Minhaj-ul-Quran International). He spoke very powerful words on the topic “The Qura’nic Concept of Leadership.”& his speech was highly appreciated by the audience. In his talk he said that the Quran uses the word IMAM to convey the concept of leadership. Quoting many verses from the Quran he proved that Allah Most High raised the Prophets and Messengers as Imam to spread His Din in the world, promote pious acts, enjoin good and forbid evil and purify society from corruption, bigotry, extremism, terrorism and establish peace through fulfilment of human rights, recognition of human dignity and restoration of equality and justice. The Muslim Umma has been tasked to follow the Messenger of Allah and lead a lead of life of obedience to the ultimate Sovereign Authority through obedience to the Holy Prophet PBUH.Both men and the women folk are duty bound to promote and establish the system of divine guidance. He said Shaykh-ul-Islam Dr Muhammad Tahir-ul-Qadri is the only leader in modern times who meets the Quranic criteria of leadership. He demonstrated the role Shaykh-ul-Islam is playing and the struggle launched by MQI and Minhaj Women League to achieve the ideal of Shaykh-ul-Islam. 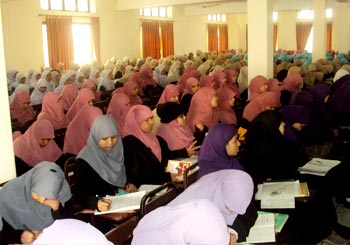 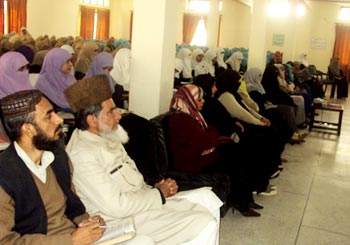 Brigadier (R) Iqbal Ahmad Khan (Naib Amir-e-Tehreek Minhaj-ul-Quran International), said while addressing the Seminar that the yardstick to measure leader’s stature has transformed. He said that knowledge, vision, justice, fair play, compassionate but firm & resolute, heart of steel & rock solid nerves, composure in adversity, self-discipline & selflessness are the main traits & qualities of leadership. He said that destruction of institutions, decline in educational standards, erosion of values, changing paradigms of society, propagation of confused state of religious beliefs by half literate scholars & influence of media & technology are the main reasons for crisis in leadership. He said that there is no easy solution or a quick fix to this problem. We need to set our educational system right and in conformity with our national goals and aspirations.

The seminar ended with special prayers led by a sister from Minhaj College for Women.