A Seminar on Islamic Teachings & Political Morality of Contemporary Age 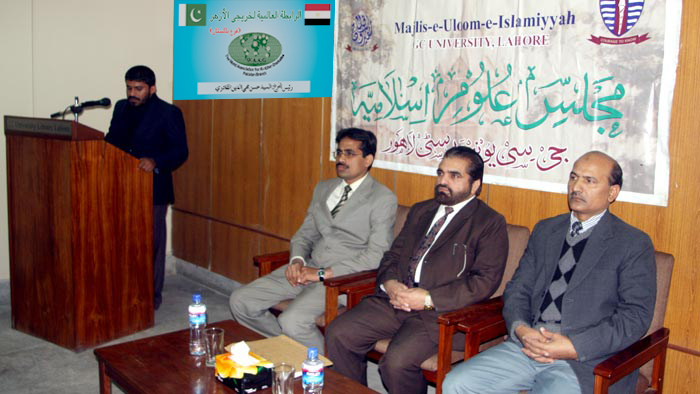 On December 29, 2010, Islamic Society organized a special seminar in Government College University Lahore, a prestigious seat of learning of Pakistan, which was presided over by Dr Sultan Shah, head of Islamic Sciences Department, while Prof Dr Ali Akbar Qadri Al-Azhari, renowned columnist, intellectual and a senior member of World Association of Al-Azhar Graduates (Pakistan Branch), delivered a special lecture on the subject of “Islamic teachings & political morality of contemporary age”. The lecture was attended by the teachers and students of higher classes in a large number. 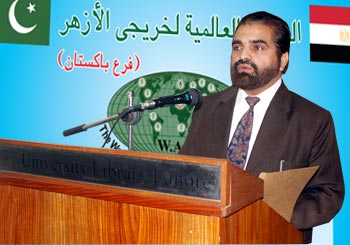 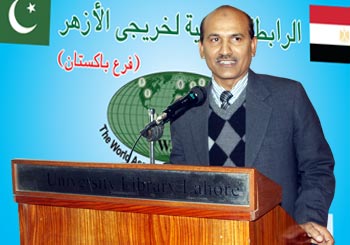 Enunciating the Islamic concept of politics and state, Dr Ali Akber Al-Azhari threw light on the status of Prophethood of the Holy Prophet (peace be upon him) and said that there is no concept of dichotomy between religion and politics in Islam unlike other religions. He said that Islam is a complete and comprehensive code of life. Islam not only gives importance to politics and state but also establishes the system of Zakat and prayer in an Islamic state so that society becomes pious and its worldly needs are also fulfilled. Islam is not merely a set of rituals and a few jurisprudential issues, rather it is a complete ideal of life. It has worked out principles for every walk of life be it religious, political, economic, and sociological. 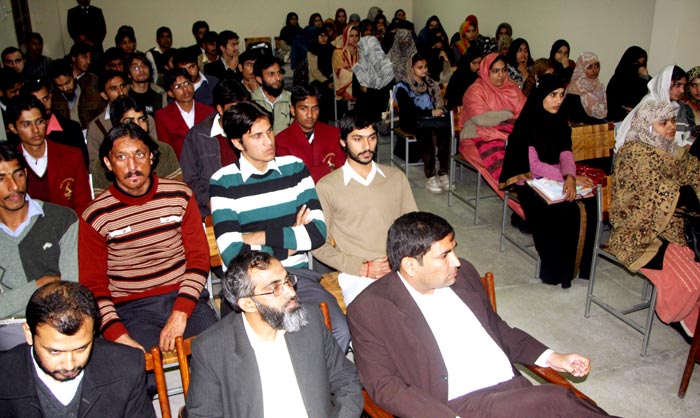 The Holy Prophet (peace be upon him) was not only a religious leader but also the head of an Islamic state of Madina. He was a judge, a teacher, a spiritual mentor, a commander and a reformer. He said that it is unfortunate that some people have started to differentiate between religion and politics. They want to bring this point home that the job of religious scholars is to perform religious obligations, while ‘others’ have license to do politics meaning thereby that politics is not a profession for the noble people.

He regretted that such people today man the top bureaucratic and political positions in the Islamic world who are bent on keeping the religious scholars away from the world of politics and state affairs. The fact remains that religious scholars were inducted in the top positions of state bureaucracy during the reign of rightly guided Caliphs and in other periods. 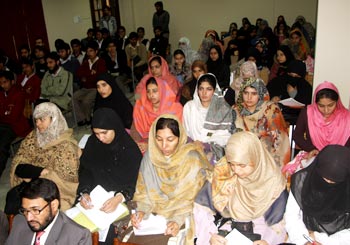 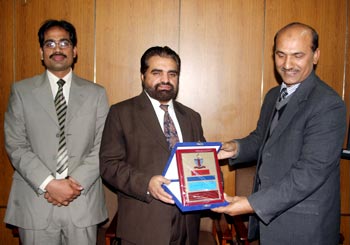 Throwing light on the need for improving the morality of the Muslim rulers, Dr Ali Akber Al-Azhari referred to a host of examples from the periods of the rightly guided Caliphs and the Holy Prophet (peace be upon him) and said that Allah Almighty is the Supreme Sovereign in an Islamic country. The Muslim rulers are deputies of Allah on earth who implement His system. He said that Islam brought about revolution in the fields of democracy and state and presented the concept of a welfare state for the first time in the world. It conferred rights on humanity which it did not have in the past. He emphatically said that universities and higher seats of learning in the Islamic world need to revise and expand their syllabi as is the case with Al-Azhar University where Islamic sciences coupled with modern subjects are being taught. If universities start playing this role, it would serve to bridge gulf between Islam and western world and deal a severe blow to the forces of extremism and terrorism.

In his presidential address, Dr Syed Sultan Shah welcomed and appreciated the views of chief guest. He also praised the intellectual and research capabilities of teachers of GC University. He said that those who graduated from this great seat of learning brightened the name of Pakistan through their services. In view of contemporary challenges, he said that heavy responsibility lay on the shoulders of teachers to prepare their students to face multiple challenges in the field of politics, economy, and culture. He also appreciated the services of vice-chancellor of GC University, Dr Khalid Aftab.

Dr Hamyun Shams, Dr Sarfraz Khalid, Dr Hafiz Naeem, Dr Khursheed Ahmad Qadri, Dr Farooq Haidar, Prof Naseer, Mrs Dr Uzma and other teachers also attended the seminar and appreciated the views of the speaker. It must be kept in mind that University is an ancient seat of learning where renowned people such as Allama Dr Muhammad Iqbal and Prof Arnold studied and taught. The students of this University are considered to be the most intelligent people of the country who later on man the top positions owing to their educational qualifications.