Muslim, Christian, Hindu and Sikh leaders forged unity and condemned the desecration of the Holy Quran in the strongest possible words in “Ihtiram-e-Mazahib Conference” organized under the banner of Directorate of Interfaith Relations of Minhaj-ul-Quran International and Muslim-Christian Dialogue Forum in the MQI’s Secretariat in Lahore yesterday. The Conference was presided over by Faiz-ur-Rehman Durrani, Amir of MQI, while Dr Raheeq Ahmad Abbasi, Secretary General of MQI, was the guest of honour on the occasion. 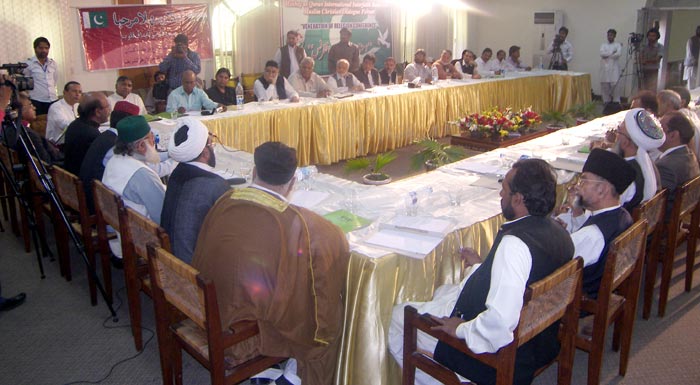 Speaking on the occasion, Dr Raheeq Ahmad Abbasi said that the reprehensible act of Terry Jones has highlighted yet again the need of legislation at the international level so that the repeat of such heinous acts could be checked through effective measures and none should dare do any such thing in future. He said that civilizations and religions need to forge unity in their ranks and promote dialogue to defeat the like of Terry Jones who tried to damage efforts being made for interfaith harmony in the world. He said that MQI would continue to play it due role in this regard. 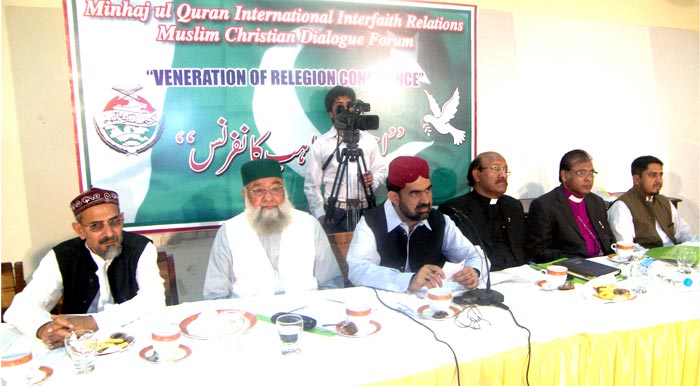 Father James Chanan coordinator of United Religions Initiative (URI) Pakistan said that Terry Jones is a self-declared priest and the Christian community does not accept him as a Pastor. He said that the desecration of the Holy Quran is a criminal act, which needs to be condemned at every level. The followers of the Christian religion, he added, take a strong exception to his act. He said that the teachings of Christ are based on peace, love and harmony and a true follower of this religion cannot even think of committing such a horrible crime. 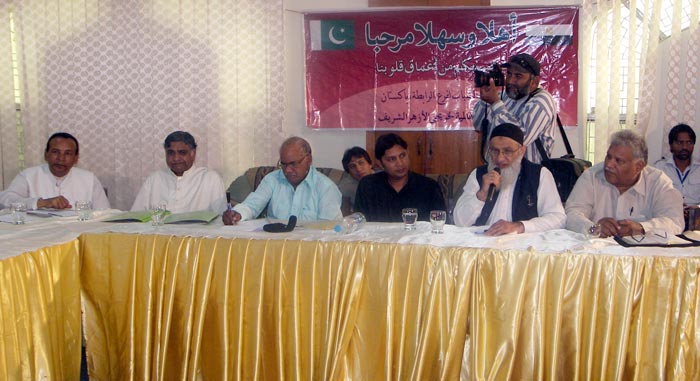 Father Francis Nadeem, Coordinator of National Council for Interfaith Dialogue (NCID), said in his talk that Terry Jones is not a Christian but a terrorist and every follower of Christian community condemns his act in the strongest possible words.

Akram Masih, Member of National Assembly (MNA) from minorities, said on the occasion that Terry Jones is a self-styled Pastor who deals in furniture on internet. He has nothing to do with Christianity. He further said that some vested interests cannot spoil the global peace and harmony in the world. 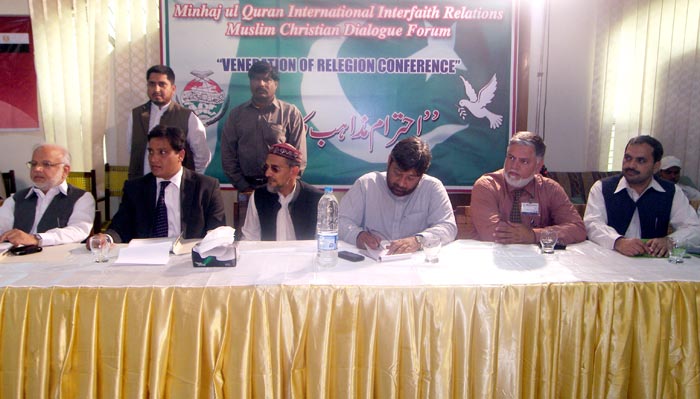 Reverend Dr. Majeed Abel said in his talk that the forces of evil want to play the followers of different religions against one another but they are destined to fail. He said that Dr Muhammad Tahir-ul-Qadri is ambassador of peace and the conduct of such conferences would promote the culture of tolerance and harmony in the world. He said that the Christian community does not have anything to do with the idiots such as Terry Jones who is a disciple of Satan. He demanded of the international authorities to indict him on charges of international terrorism. 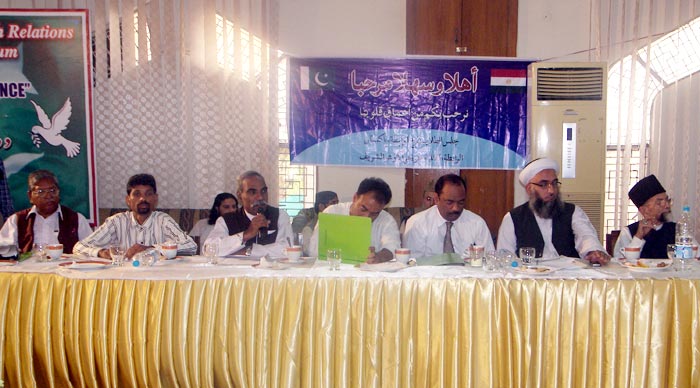 Bishop Pervaiz Joseph Chairman Christian Wing Central of International Peace Council (IPCIH), Bishop Zaman Masih Anjum President Ever Green Church Ministries in Pakistan, Reverend Joseph C. Lal Chairman National Christian College of Prayer & Worship (NCC), Reverend Chaman Sardar Masih & Dr Kanwal Feroz said in their speech that the act of Terry Jones intended to create fissures and conflict between two religions, which the peace-loving people have foiled. He stressed the need of sustained dialogue amongst civilizations and religions in the interest of global peace and welfare of humanity. He asked the international community to move against the likes of Terry Jones and make an example out of them.

Ijaz Chaudhry, vice president of Tehreek-i-Insaaf, said in this speech that Terry Jones has committed heinous act, which has attracted condemnation from around the world. He demanded that Terry Jones must be tried in the International Court of Justice.

Speaking on the occasion, Rai Muzammil Hussain, President of PPP Ulama Council, said that Terry Jones is an enemy of humanity and a representative of extremist mindset and fundamentalism. He further said that there is no need to worry as people like Shaykh-ul-Islam Dr Muhammad Tahir-ul-Qadri are present to frustrate the designs of such elements. He said that Dr Tahir-ul-Qadri is working to bring civilizations together on the shared agenda of human welfare, peace and interfaith dialogue.

Hindu leader Pandit Baghit Lal Ji, said in his speech that the Hindu community blasts the sacrilege of the Holy Quran and highlights the need of enhanced engagement among religions for future of humanity. He said that Dr Tahir-ul-Qadri is a second name of love and peace and his community values the efforts he is making for promotion of peace in the world

Pir Athar-ul-Qadri, central leader of Tahaffuz-e-Namoos-e-Risalat, said that Terry Jones would not be able to escape Divine Wrath and demanded of the US government to take strict action against him.

The participants unanimously adopted a Resolution on the occasion.

Unanimous Communiqué of the Conference