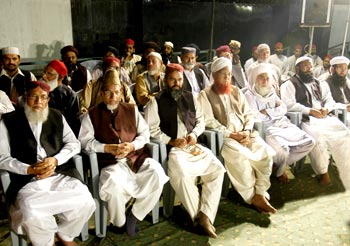 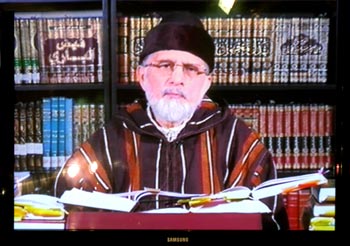 Monthly Spiritual Gathering under Gosh-a-Durood for the month of April was held in the central secretariat of Minhaj-ul-Quran International on the 7th of the month. The program was particularly dedicated to the religious scholars, intellectuals, teachers and the students of Jurisprudence. In addition to this, the office holders of Minhaj-ul-Quran Women League and senior students of Minhaj Women College also attended the program. Shaykh-ul-Islam Dr Muhammad Tahir-ul-Qadri threw a special light on "al-Illal as-Saghir", a magnum opus authored by Imam Abu Isa al-Tirmazi (210-279 h) on the principles of Hadith. 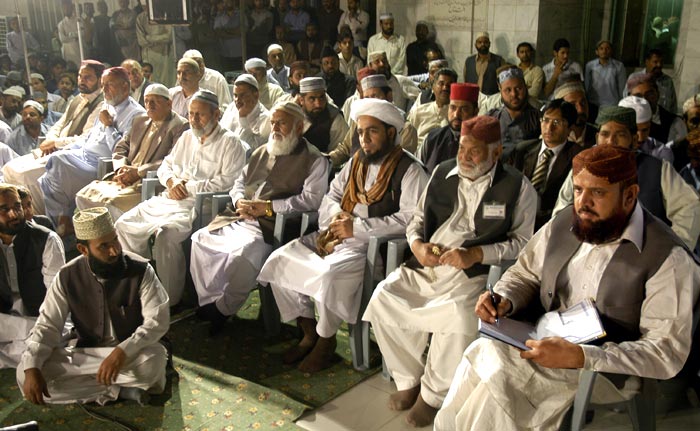 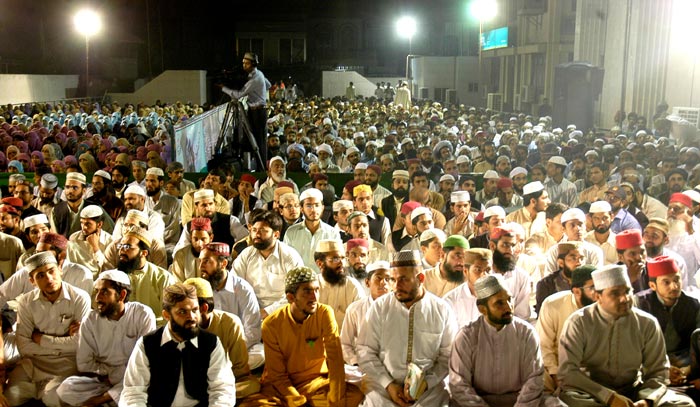 The proceedings of the program got underway at 9 p.m. with the recitation from the holy Quran by Khalid Hameed Qadri followed by Nasheeds recited by Anser Ali Qadri, Minhaj Naat Council, Shahzad Brothers, Haideri Brothers and other Naat Khawan.

Shaykh-ul-Islam Dr Muhammad Tahir-ul-Qadri addressed the gathering from Canada through video conferencing at 10 p.m. In his introductory talk on the subject, he told the audience that a lecture on Hadith would be organized every month. 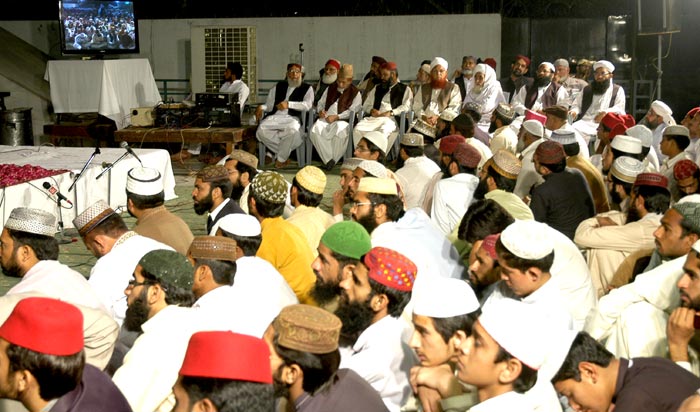 Dr Muhammad Tahir-ul-Qadri told that work continues on the Hadith sciences in the Arab world at full pace and exemplary services have been rendered in this field there. He regretted that this important subject seems to have been put at the back burner in Pakistan and India. He further told the participants that he was writing a detailed interpretation of Sahih Bokhari in the Arabic language. 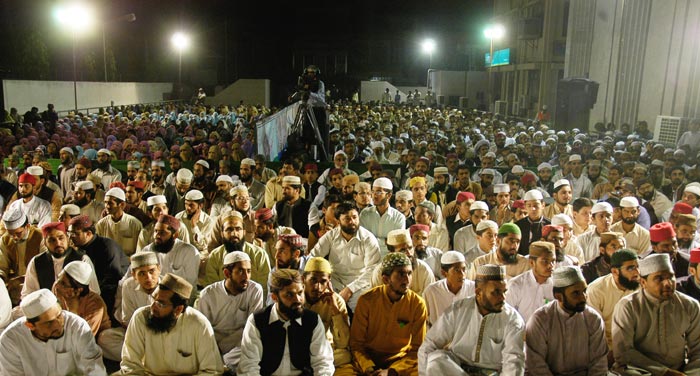 Dilating upon various aspects of the Hadith art, he said that ‘subject’ hadith is not a Hadith itself, whereas the authenticity of ‘weak hadith’ cannot be denied in comparison to it. He said that we cannot rule out ‘weak hadith’ from the category of hadith. The maximum we can do is to identify a defect in it.

In his scholarly discourse on Hadith, Shaykh-ul-Islam specifically mentioned Imam Abu Hanifa (R.A) in addition to other grand jurists. Referring to cogent and authentic references, he proved that the status of Imam Abu Hanifa was ignored in the Hadith sciences due to a few misunderstandings, and with the result that people got a wrong perception about it. He cited a number of examples of various jurists in this regard.

Before the start of his formal address, Shaykh-ul-Islam said that the total number of Durood recited at Gosh-a-Durood of MQI had exceeded 23 billion and 84 corers, while the number of Durood offered during the month of March alone stood at 88 corers, 65 lakhs, 34 thousand and five.

The keynote speech of Shaykh-ul-Islam continued for three hours. The program ended with the sending of greetings and salutations on the Holy Prophet (SAW) followed by Dua.