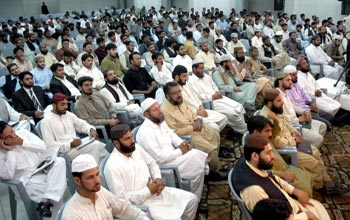 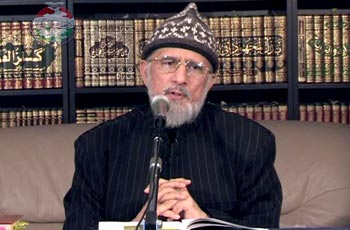 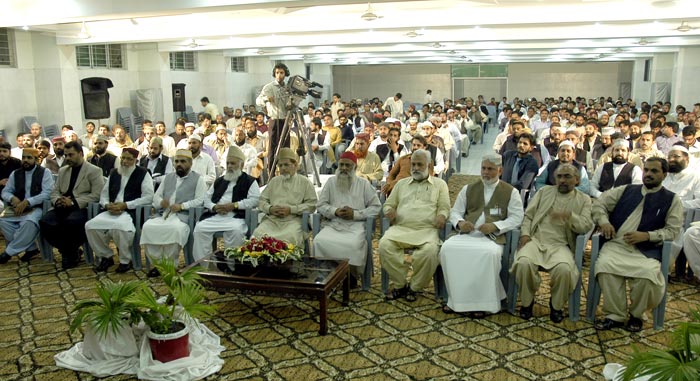 The formal proceedings of the sitting got underway with the recitation from the Holy Quran followed by recitation of Naat by Muhammad Usman Siddiqi from Faisalabad, Muhammad Zill-e-Hussain from Islamabad and others. Allama Farhat Hussain Shah and Muhammad Sharif Kamalvi conducted the proceedings in a befitting manner. 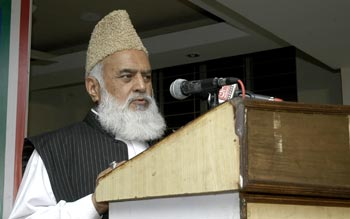 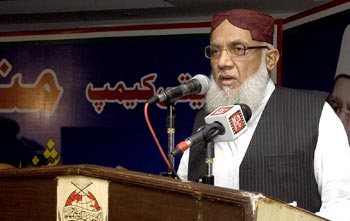 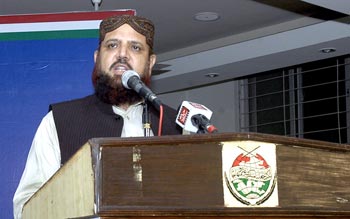 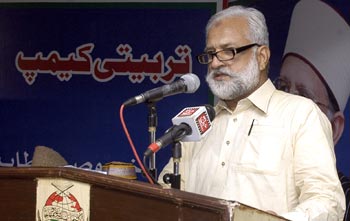 Speaking on the occasion, Prof Muhammad Nawaz Zafar, senior teacher of Minhaj University, said that Allah Almighty has ordained man to do justice. He said that when the inner and outer parts of human personality become one, it is called justice and if the inner part becomes more beautiful than its outer counter part, such a state is called ‘excellence’ or (Ihsan). He said that MQI is working for the cause of global peace, harmony and interfaith dialogue in the world and the Minhajians are playing the leading role in this sacred fight for the welfare of humanity. Addressing the Minhajians, he said that they held the central position in the body politic of MQI and hence they needed to attain not only the state of ‘justice’ but also that of ‘excellence’. He also high lighted the need of character building to be able to play their role effectively for the promotion of peace and interfaith harmony in the world. 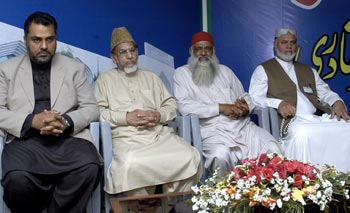 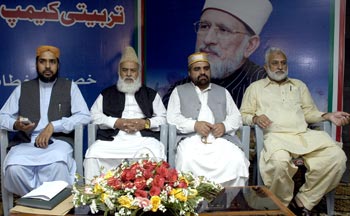 Mufti Abdul Qayyum Khan Hazarvi likened Minhaj-ul-Quran International to a tree and dubbed Minhajians as its fruit and flower. He prayed to God to bless them with greater capacity and determination to pursue their objective with diligence and renewed commitment. 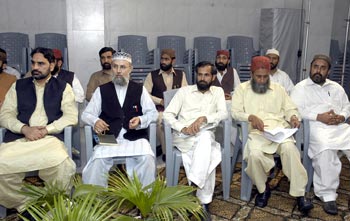 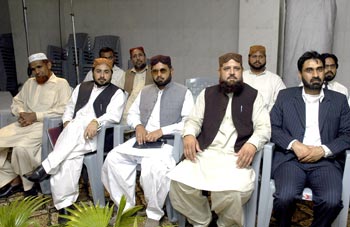 Shaykh-ul-Islam Dr Muhammad Tahir-ul-Qadri joined the proceedings of the program at 10 p.m. through video conferencing from Canada, while his keynote address began at 10:20 p.m. In his introductory talk, Shaykh-ul-Islam welcomed the teachers, intellectuals and scholars of MQI and said that he was immensely pleased to see them all. 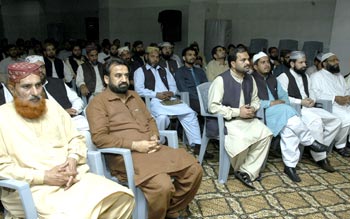 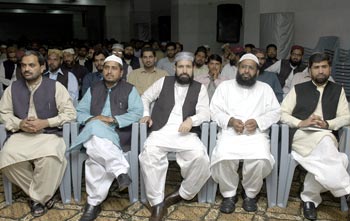 He chose the subject of “Dawa and Daai” for his speech and recited the verse no 125 to 130 of Surah Al-Baqra. Shaykh-ul-Islam said that there are four kinds of people who are playing the role of educator and opinion formulator in society. The first category, he said, consisted of religious, social and political people i.e. religious scholars, social activists, and politicians. The second category is that of traders, the third of the ruling elite and the fourth one is media. He held that these four sections of society play major role in opinion making in society. 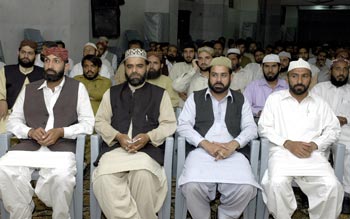 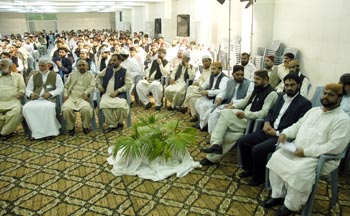 Categorising these four sets of people, Shaykh-ul-Islam said that the religious scholars figured prominently at the top in the list. He said that the Holy Quran also described the quality of the religious scholars and intellectuals, saying that ‘how could those who know and those who do not know be equal’. He added in the same context that the Holy Quran preferred scholars to the martyrs at some places, for they are the inheritor of knowledge of Prophet hood. He regretted the fact that the intellectuals and religious scholars have forgotten to play their full role in society, which explains why it is going down the drain. 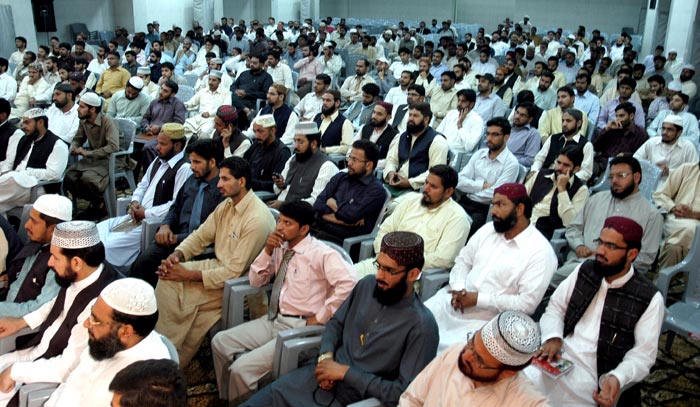 Shaykh-ul-Islam Dr Muhammad Tahir-ul-Qadri said that since we do not imbibe ourselves with the habit of ‘action, that is why we cannot bring about change in ourselves. He said that it also shows why the humanity continues to be in the stagnant waters spiritually. He emphasized the need of internal purgation and riddance of spiritual pollution which has impeded our way towards attaining productive knowledge. He said that we need to present Islam as a code of life capable of meeting the contemporary global challenges. He said that a heavy responsibility rested on the shoulders of the Minhajians. “If they played this role responsibly, time is not far when Islam would turn out to be a champion of peace and human well being,” he concluded.

This sitting of Minhajians was also broadcast around the world by Minhaj Internet Bureau through U-stream. The program ended on Dua.