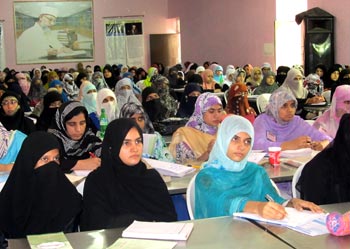 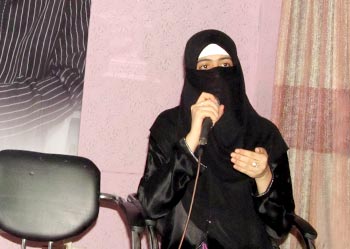 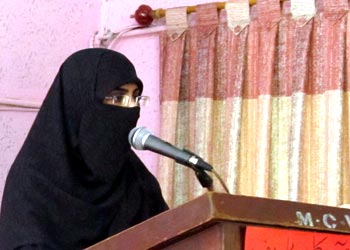 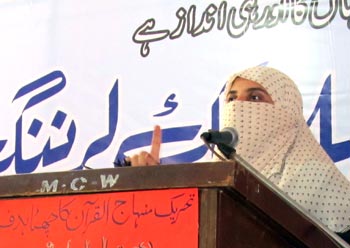 The training department of Minhaj-ul-Quran Women League (MWL) organized a 7-day Islamic Learning Course from July 4 to July 10, 2011 in Minhaj College for Women (MCW), Township. In addition to imparting spiritual and moral training to women and the spread of awareness among them, the Course sought to: 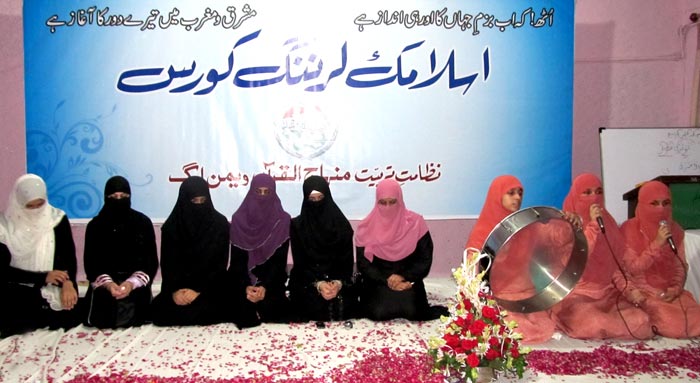 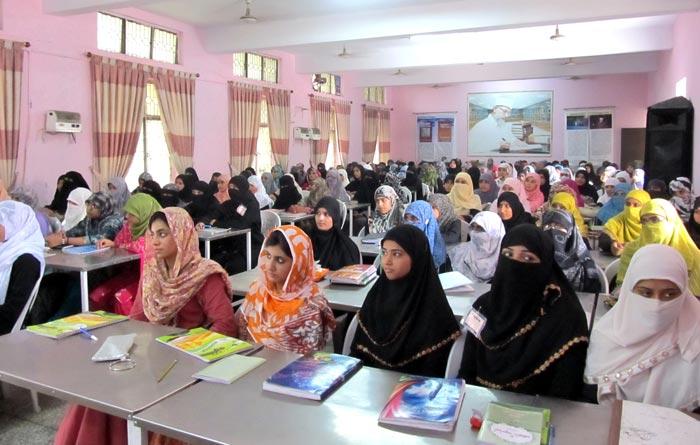 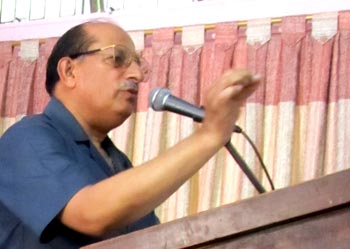 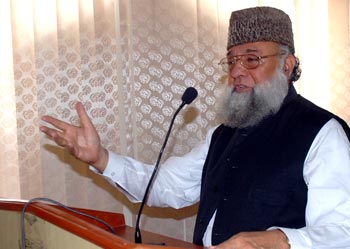 Allama Muhammad Sharif Kamalvi gave lectures to the participants of the course on the fundamentals of religion, while Allama Ghulam Rabbani Taimoor and Zaheer Bilali imparted to them lessons on the speaking and Naat recitation skills on daily basis. 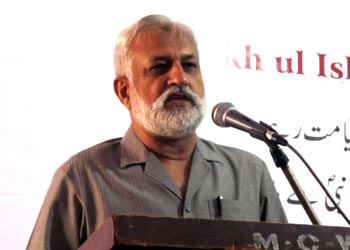 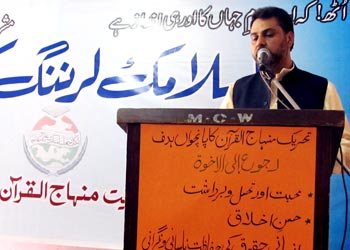 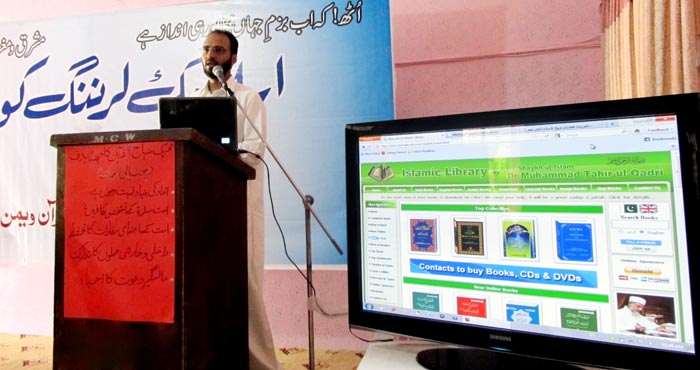 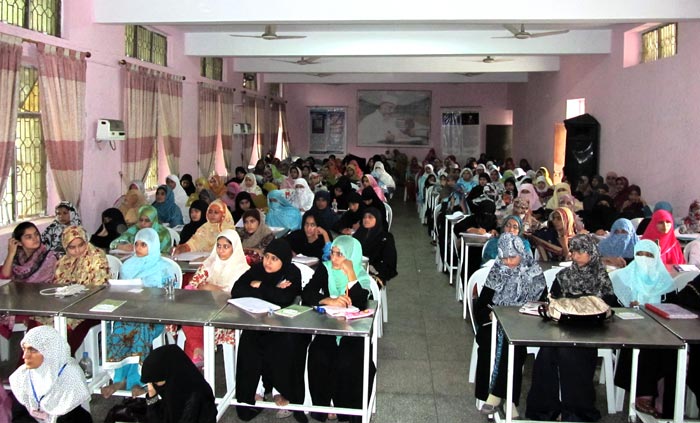 Seven basic fundamentals which define MQI were divided over seven days of the course and the participants were briefed about each objective every day. The selected speeches of Shaykh-ul-Islam Dr Muhammad Tahir-ul-Qadri were also shown to the students. 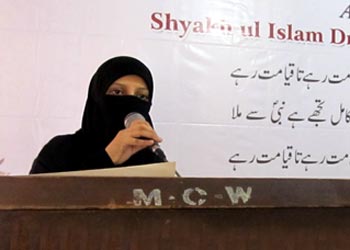 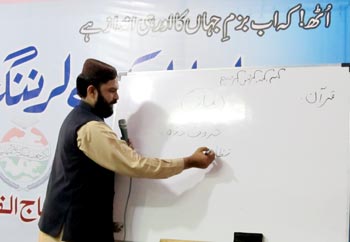 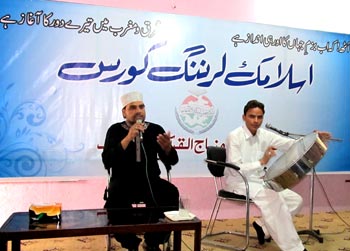 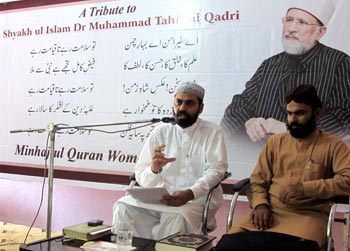 Special arrangements were made for spiritual and moral training of the participants. They offered 7,07,484 durood on the Holy Prophet (SAW) during these six days. The students who invoked most of the recited Durood were given prizes. 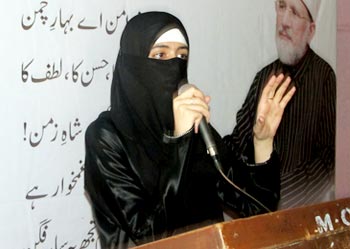 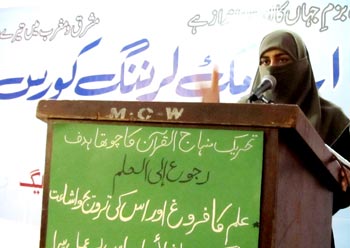 The last day of the course was dedicated as a tribute to Shaykh-ul-Islam Dr Muhammad Tahir-ul-Qadri. A special flex was prepared in this connection. A ceremony under the title of ‘Tribute to Shyakh-ul-Islam’ was organized which was also attended by the central leaders of MQI. An examination of the subjects taught in the Course was also conducted and the students who garnered positions were given certificates and awards. The Course ended with the concluding remarks by Ms Sumaira Rafaqat, Secretary General Women League. 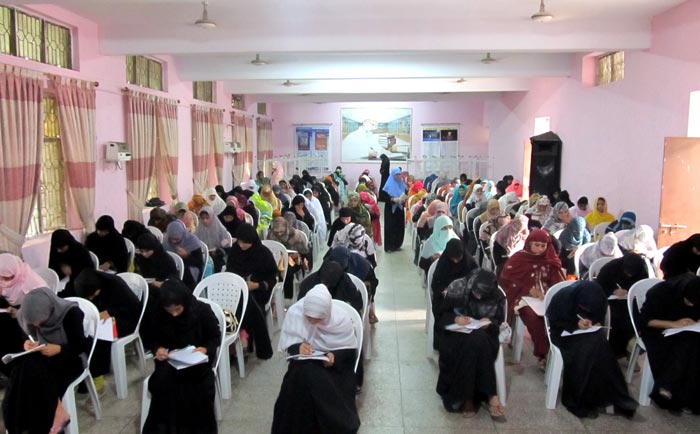 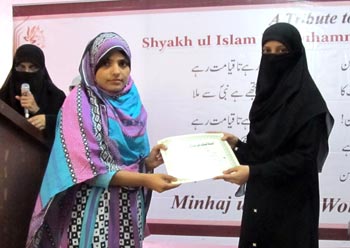 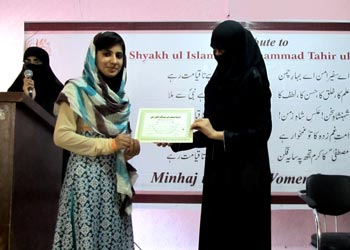 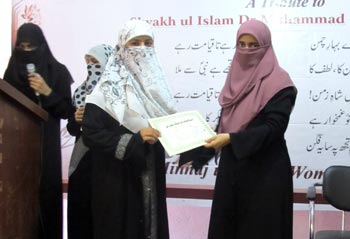 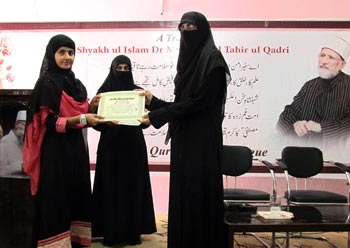