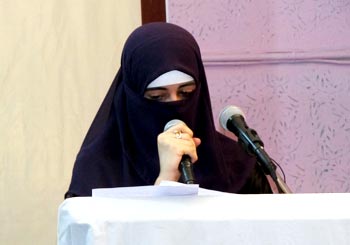 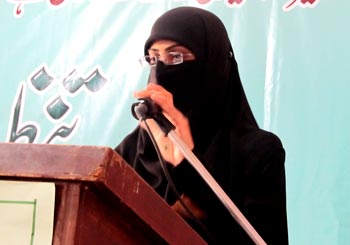 Minhaj-ul-Quran Women League arranged a 5-day long Tanzeemat Camp from July 24 to July 28, 2011 in Minhaj College for Women, Township Lahore. The aims and objectives of the camp were: 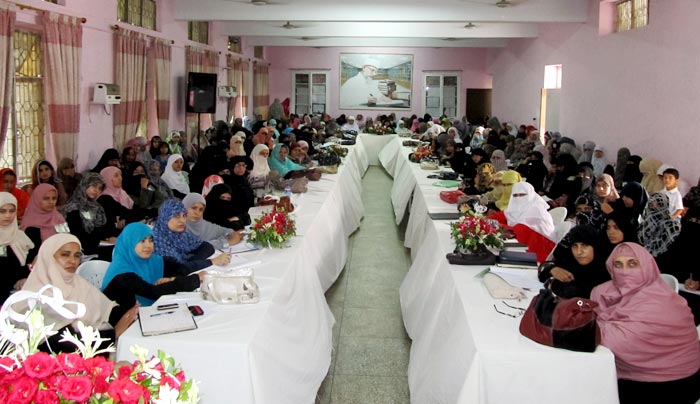 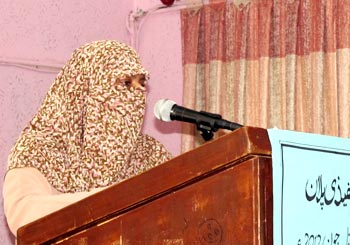 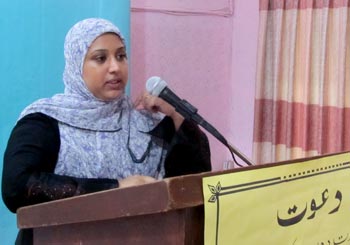 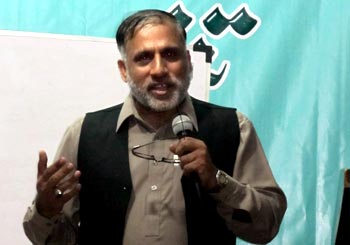 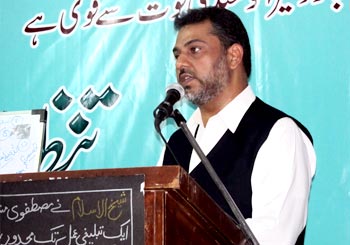 In his special talk to the participants of the camp, Shaykh-ul-Islam Dr Muhammad Tahir-ul-Qadri congratulated the Minhaj Women League on the successful conduct of the Tanzeemat camp. He urged the participants to focus on Dawa along intellectual lines and understand the message of MQI. He also directed the women to convey the message of public awareness to 20 million people. 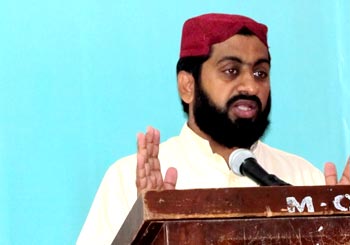 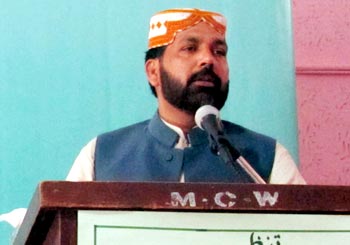 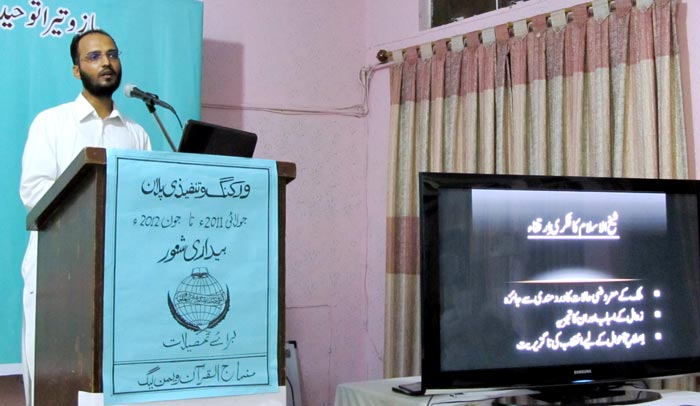 Different title was assigned to every day of the Tanzeemat camp: 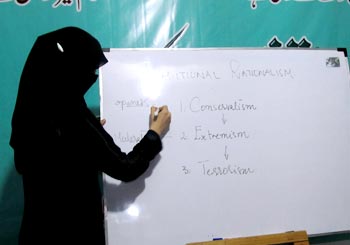 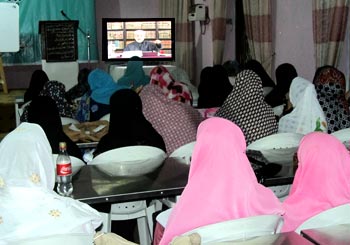 Exhaustive discussion took place on each and every aspect mentioned above. Other areas of discussion among the participants included all targets contained within the working plan, priorities, activities and result-oriented efforts. The office holders belonging to various towns and cities also brought forth their organizational challenges and extensive discussions took place. Different lectures of Shaykh-ul-Islam were also shown and documentaries on the current preoccupations and engagements of Shaykh-ul-Islam were also shown to the participants. 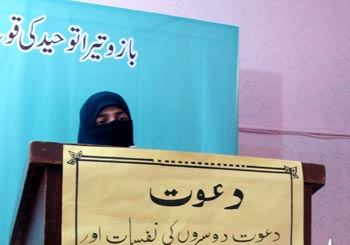 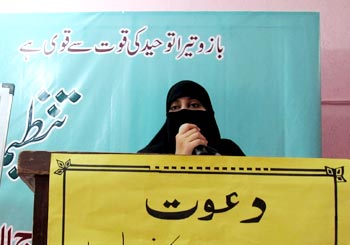 MQI chapters, which accomplished its targets in the membership campaign were awarded with performance certificates and shields. 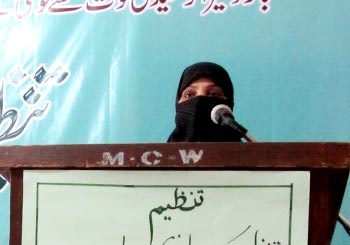 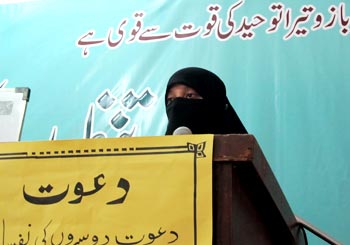 A meeting of Consultative Council took place on July 28 under the aegis of Minhaj-ul-Quran Women League, which was attended by office bearers of 60 Tehsils. Discussions were held on the following agenda: 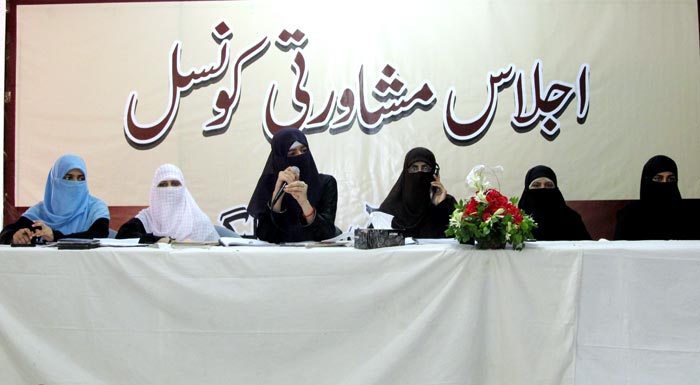 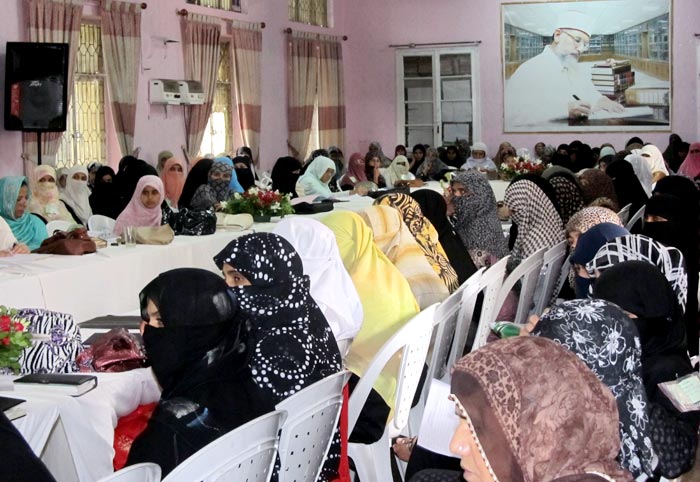 According to a dicision taken in a meeting of Consultative Council, all Tehsili chapters of MWF would collect Rs. 500/- Zakat from every regular member.

They would also ensure the participation of women in the Itikaf according to fixed quota given here below:

On July 28, the closing ceremony of Tanzeemat camp took place, which was attended in addition to office holders of the central body of MWL by acting Secretary General of MQI, Nazim Tanzeemat, Chief Security Officer and Director of Foreign Affairs.

The proceedings of the ceremony got underway with the recitation from the Holy Quran followed by Naat. Ms Sajida Sadiq presented a report of the Tanzeemat camp and Ms Sumaira Rafaqat delivered a vote of thanks for the guests and thanked the office holders of MWL from 60 Tehsils who made it convenient to attend a five-day camp.

Speaking in the ceremony, all guests appreciated the hard work and high morale of MWL in holding a successful Tanzeemat camp. The ceremony came to an end with the concluding remarks of acting Secretary General Sheikh Zahid Fayyaz.